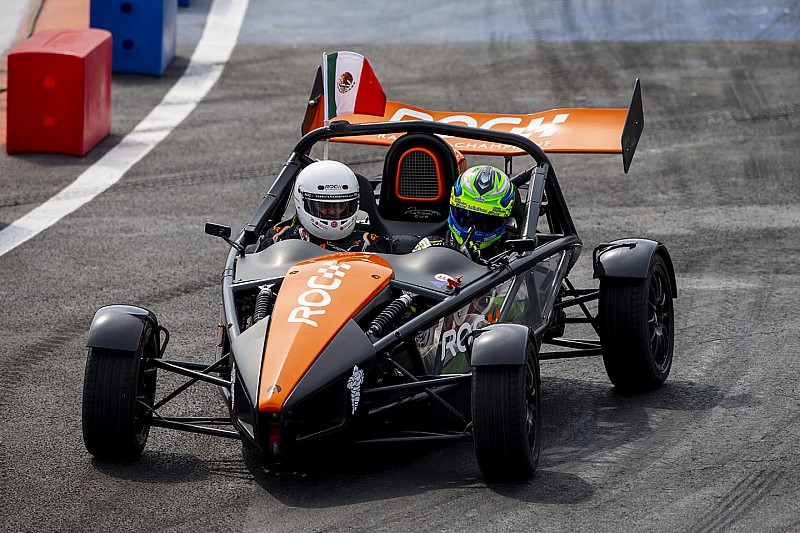 Previously, Guerra had only entered the ROC in 2012, after winning the PWRC title, but beat Formula 1 drivers Sebastian Vettel and Pierre Gasly on his way to his 2019 title.

His passage through to the final followed knocking out Mercedes F1 simulator driver Esteban Gutierrez by 0.1s in the ROC buggies during the semi-finals.

Duval’s run to the final followed a win against 2018 Indy Lights champion Patricio O’Ward in KTM X-Bows. O’Ward’s presence meant three Mexicans made it through to the semi-finals.

Last year’s Champion of Champions David Coulthard had a competition to forget, getting knocked out in the group stages having failed to win a single race. His defeat to O’Ward in the ROC buggies was compounded by losing to Tom Kristensen – who helped win the Nations Cup for Team Nordic on Saturday – in the UTVs.

After Vettel also failed to progress beyond the groups, it guaranteed a brand new ROC winner early on. Mick Schumacher looked like an early contender for overall victory having knocked out Vettel, his teammate in the previous day’s Nations Cup.

But Schumacher's chances were ended thanks to Gutierrez in the quarter-finals, the European Formula 3 champion a full second slower in the KTM battle.

Car reliability issues shook the challenges of both Indianapolis 500 winner Ryan Hunter-Reay and NASCAR Cup Series driver Daniel Suarez. In his contest with Gasly, Hunter-Reay lost over 2.5 seconds after slowing for an errant yellow flag. But in the rematch he was unable to make amends, and failed to progress out of his group.

Owing to the competition’s rules that mechanical troubles much be reported prior to the race start, Suarez was unable to face Schumacher again after an issue that forced the throttle pedal to go stiff in his Vuhl during the group phases cost him any chance of victory.

Vettel: Schumacher would be proud to watch Mick