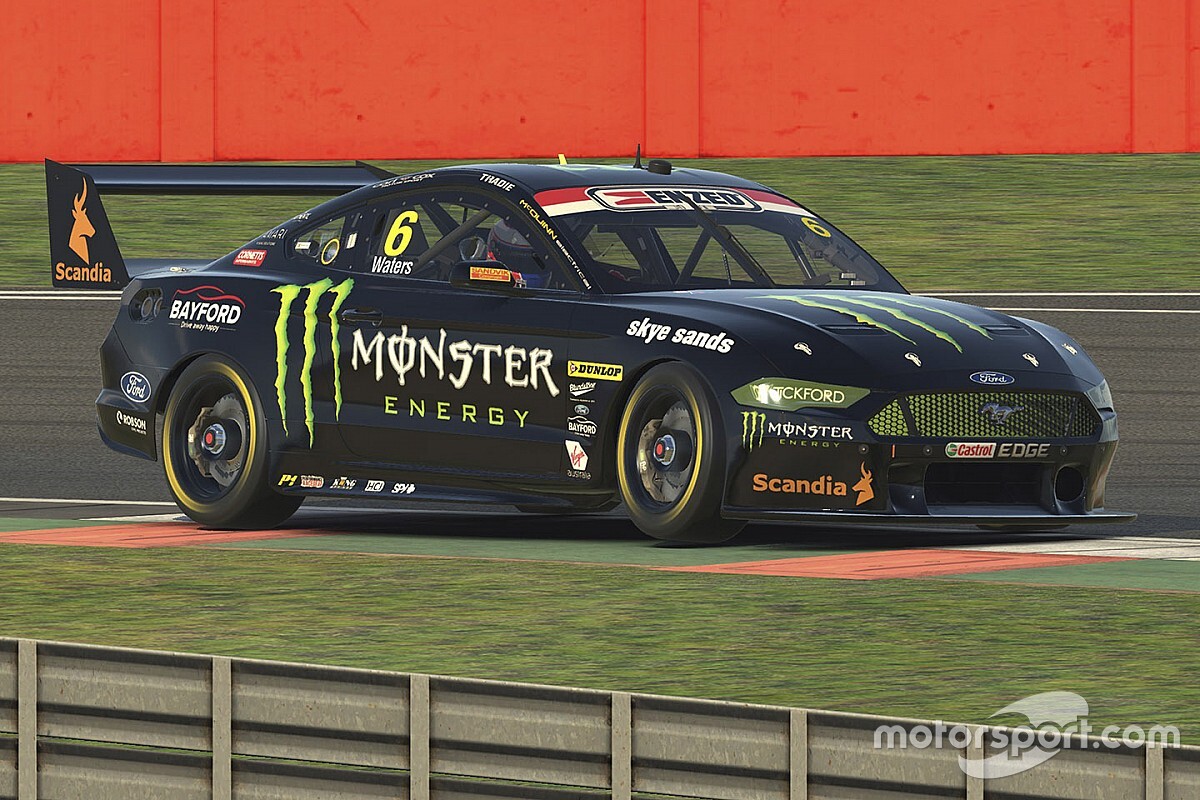 De Pasquale took his first series win in the opener on the British GP venue, the Erebus driver executing a perfect lights-to-flag effort at the British Grand Prix venue.

He quickly established a gap of around a second over the chasing pack, which he then managed throughout the seven lap journey.

His winning margin was 1.4s over wildcard starter Max Verstappen, who spent the race locked in battle with Shane van Gisbergen and Scott McLaughlin.

The Dutchman started the race behind the two Kiwis, but pounced when they rubbed doors at Becketts on the opening lap.

Once in second he did his best to give chase to De Pasquale, but ended up needing to go defensive as the race wore on as van Gisbergen and McLaughlin closed back in.

They ultimately finished in that order, just 1s covering second to fourth.

Chaz Mostert and Andre Heimgartner enjoyed a good battle for fifth, Mostert sneaking through on the Kelly Mustang driver on lap three.

He was able to overhaul Jake Kostecki two laps from the end, those two holding off hard-charging efforts from De Pasquale and van Gisbergen.

The Race 1 winner pitted early and made good progress through the field, he and van Gisbergen, who only pitted three laps form the end, staging a door-bashing battle in the closing stages.

McLaughlin fought his way back to fifth, despite being fired into the wall on Lap 1 by Macauley Jones when he tried to slow down to correct a corner-cutting penalty.

Verstappen picked up plenty of Lap 1 damage as well, but could only recover to 18th.

You can watch the remaining two races in Barcelona live and free on Motorsport.tv.