Ferrari protege Guan Yu Zhou bounced back to form to claim pole position for the first race of the Formula 3 European Championship finale at Hockenheim. 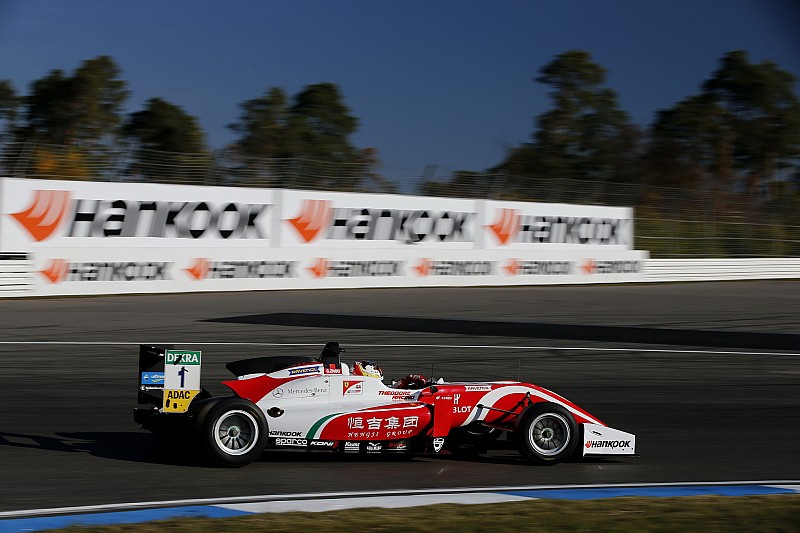 While Shanghai racer Zhou sped his Prema Powerteam Dallara-Mercedes to top spot by 0.020 seconds, main title protagonists Mick Schumacher and Dan Ticktum toiled to seventh and ninth respectively on the grid for race one.

The session provided a U-turn on the past two events, which were dominated by Prema pair Schumacher and Robert Shwartzman.

Carlin's Force India junior Jehan Daruvala headed FP1 and was top of the qualifying times with five minutes remaining, only for his time to be pipped by Hitech GP's Alex Palou.

Zhou then stamped in his standard setter with a couple of minutes remaining, while Daruvala got mired in traffic and Palou locked up at the Sachskurve in a last-ditch pole bid.

"I'm absolutely super-happy," said Zhou, who has not won since he claimed victory in the series opener at Pau.

"The second half of the season has been really disappointing, but finally at the last round we have been able to show the speed we should do.

"The car felt really good - it was so much hotter than free practice, and I knew the tyre deg would be mega.

"So I found a clear space and I knew it was about not making any mistakes."

Palou ended up second, while Shwartzman jumped up to third to relegate Daruvala to fourth.

Once again Juri Vips was best of the Motopark brigade, the Estonian taking fifth, while Prema's long-shot title contender Marcus Armstrong leapt from the midfield to sixth in the closing stages.

Schumacher led the way in FP2, but in the warmer conditions of qualifying could do no better than seventh.

He will share the fourth row with Danish newcomer Frederik Vesti, who has made a hugely impressive F3 debut with Van Amersfoort Racing after four days of testing with the squad as he steps up from German Formula 4.

Hockenheim F3: Vips on pole as Schumacher closes on title