Wehrlein and Mercedes/HWA failed to agree on 2018 FE debut

Pascal Wehrlein and Mercedes/HWA failed to reach a conclusion over "certain pre-requisites" required to end his contract early and allow his Formula E debut in 2018, says Ulrich Fritz.

Wehrlein will leave the Mercedes motorsport family at the end of 2018, but was announced as a Mahindra Racing ABB FIA FE driver for the 2018/19 championship on the eve of pre-season testing and completed the three-day test at Valencia.

But he was replaced by Felix Rosenqvist for last weekend's season five opener in Ad Diriyah, as Wehrlein's Mercedes contract does not end until December 31.

He will make his Mahindra debut at the second round of the FE season in Marrakech.

When asked to clarify the situation, HWA FE team principal Fritz told Motorsport.com: "We didn't want to stand in Pascal's way at all – that's why we agreed to the [Valencia] test.

"But we also always said that certain pre-requisites would need to be fulfilled to release him from his current contract.

"There were negotiations, but we didn't finally come to a conclusion.

"Why this is or why this is not I don't want to go into detail because I don't like to wash dirty laundry that needs to stay between the parties in public.

"However, I can assure you we did not want to intentionally stand in his way. [The talks were] with Pascal – I don't have a relationship with Mahindra.

"That's why we allowed the test – we were surprised to read that he was directly announced as a driver. That was not something we knew before.

"But maybe it's only a misunderstanding, I don't want to blame people for something, but the situation is like it is."

Mahindra team boss Dilbagh Gill had "no comment" to make to Motorsport.com regarding Wehrlein's Mercedes contract.

Fritz had previously explained that Wehrlein and Mercedes had discussed him making the switch to FE with HWA, but talks did not progress further as the ex-Manor and Sauber Formula 1 driver is focused on making a return to grand prix racing.

The HWA CEO stated that the current situation was "not at all" related to that development.

"To be honest, there was these talks in the summer," Fritz explained. "I had a feeling that Pascal was not really keen on doing it and therefore for us it was a chapter which was closed quite early.

"That's what I really want to emphasise, it's not that we want to intentionally keep him back or do something that harms his career because he didn't want to do it at that point of time.

"I did understand his decision at that point of time. It is not that he had an offer – that is something which I also read on the internet – it was not the case.

"There were early talks – he did a test with a Gen1 car with Venturi, he did an OK performance there and it didn't go any further.

"But this situation with Mahindra doesn't have anything to do with it." 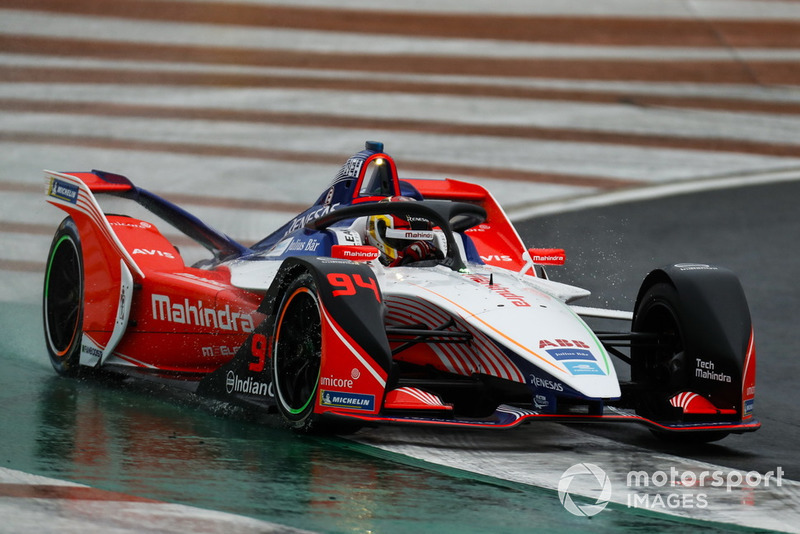