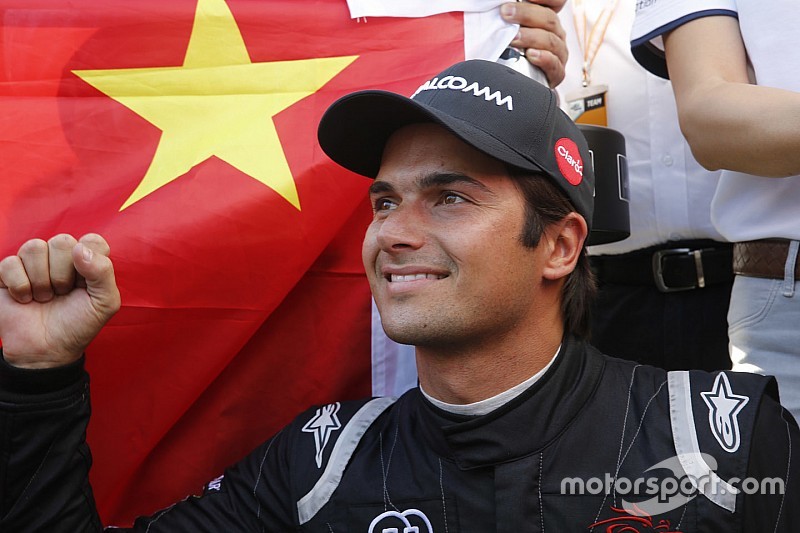 Formula E championship leader Nelson Piquet Jr has received a massive boost on the eve of this month’s season one title decider in London by signing a multi-year contract deal with his current NEXTEV TCR team.

Ex-Formula 1 racer Piquet, who leads the first-ever all-electric single-seater series by 17 points with just the double-header in Battersea Park remaining on June 27/28, only returned to single-seater competition this season after five years away in NASCAR and rallycross.

He has scored two wins in the inaugural FIA Formula E Championship, in Long Beach and Moscow.

"I am very happy to confirm that I will be racing with NEXTEV TCR in Formula E for the foreseeable future," said Piquet Jr.

"We have had some amazing results together this season and as we build our experience together we are looking to grow as a force in this championship and be consistent championship contenders.

"I have loved racing in Formula E, I think it's an exciting place to be in racing. The grid is strong, the car technology will keep developing and we're offering something really exciting for fans racing in cities.

"For now our focus turns to the remainder of this season and aiming for the title."

NEXTEV TCR team principal Steven Lu added: "I am delighted to continue working with the most talented driver in Formula E.

"I knew Nelson since the start of my A1 Team China in A1GP 2005, and he impressed us by winning first ever A1GP race in Brands Hatch. When I saw the smiles from my engineers after the tests in Donington, I believed Nelson would bring maximum efforts to be the winner of Formula E inaugural season.

"With strong support from NEXTEV, Campos Racing, Omni Gear, Henkel and other partners, we are very close to finishing in style both team and driver championship.

"Nelson will also be the key to the success of our future powertrain development and industrial plan, we all believe electric cars are the future, and we are winning from the very beginning."