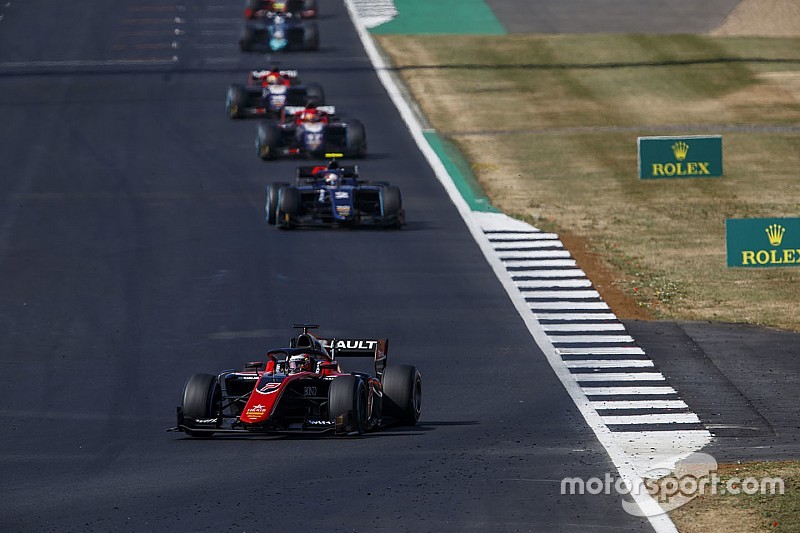 Teams have begun testing the updated Formula 2 car, after the series updated the machine's clutch and electronics in a bid to fix reliability and starting issues.

F2 races were started behind the safety car during the last two rounds at the Red Bull Ring and Silverstone after season-long problems with the new-for-2018 car's tricky clutch.

After Silverstone, the championship took back all the teams’ engines in order to update them, and has also added a new clutch and throttle mapping to help with the start procedure.

The series is aiming for a return to normal standing starts when the series holds its next round at the Hungaroring.

A ballot was done on Tuesday to decide which team gets which engine, and after that ART Grand Prix became the first team to test with both of its drivers at Magny-Cours.

DAMS followed with both of its drivers on Thursday at Le Mans Airport.

“It went well, we didn’t stall,” said ART driver and Renault Formula 1 junior Jack Aitken. “Speaking to the guys from F2 it appears it has gone as planned.

“It has made the start more difficult in terms of getting the perfect launch, but it’s harder to stall for sure, so I think they’ve tackled what they wanted to achieve.

“The big problem – as it always has been – is we’ve found it quite hard to recreate the stall problems in testing, usually it happens on the grid in the race, so the real test will be next weekend. But for now, it looks good.”

DAMS boss Francois Sicard also noted the updates appear to have worked, and both Nicholas Latifi and Alexander Albon got to sample the car.

Each team has been given an allowance of 100km and a set of supersoft Pirelli tyres to practice with.

“It’s definitely a step,” said Sicard. “We have a clutch that is more consistent.

“The feeling for the drivers is not as positive as for the engineers, I think now the drivers have to get used to it, but I’m pretty confident we have done a step with this new clutch.

“I think we have some settings to fine tune regarding the mapping and the delivery of the torque of the engine. I look forward to Budapest and a standing start.”

The other F2 teams are expected to test in the coming days before Hungary, where there will be another engine ballot to decide who gets which engine.