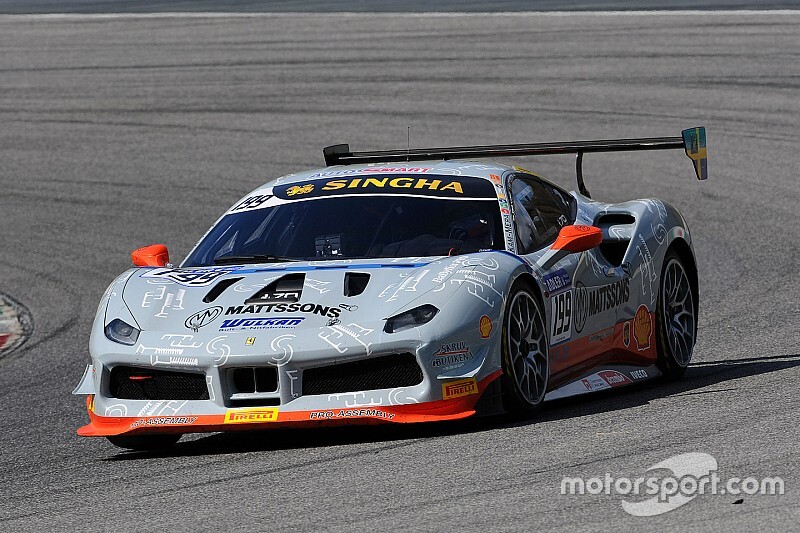 From the outside of the front-row, Scuderia Autoropa driver Mattsson got the jump on poleman Jansen (Formula Racing) to lead into the first corner and led the rest of the way, surviving two safety car restarts to beat Jansen by 1s.

After a lengthy delay prompted by heavy fog surrounding the circuit, the race time was shortened by 25 minutes and reduced again when Jay Schreibman hit Laurent de Meeus at turn one.

Coppa Shell-Am Europe champion Jansen had been cautious at the start, dropping behind Agata Smolka (Rossocorsa) and North America champion Brad Horstmann (Riley Motorsport) to fourth, but immediately re-passed Horstmann at turn one when the race restarted on lap three.

Jansen then repeated the same move at turn one on Smolka two laps later, but although the field was condensed again when Alexander Nussbaumer spun into the gravel at turn five, the Dane was unable to get close enough to Mattsson to attempt a move.

Smolka, whose car was repaired after sustaining damage in contact during the final race of the Europe series on Saturday, fended off pressure from Horstmann, who spun at the final corner, to finish third.