Toto Wolff is yet to discuss the possible use of team orders with his Mercedes Formula 1 drivers Valtteri Bottas and Lewis Hamilton after their front row lock-out in Mexico.

Mercedes stunned Red Bull by clinching a 1-2 in qualifying at the Autodromo Hermanos Rodriguez on Saturday as Bottas secured his third pole of the season.

Red Bull was expected to hold the upper hand in qualifying, after beating Mercedes by over half a second in final practice, only for Max Verstappen and Sergio Perez to slip to third and fourth respectively in Q3.

The result comes as a boost for Hamilton amid his title fight with Verstappen, who he trails by 12 points heading into Sunday's race.

Both Mercedes and Red Bull have been subject to discussions surrounding the use of team orders in the closing races to help their respective title contenders. For Hamilton, a potential victory with Verstappen third would cut the gap by 10 points, compared to just three if he finished second for Mercedes.

Team boss Wolff said in an interview on Friday that the team would need to see how qualifying goes before deciding anything, and explained after the session that the matter hadn't yet been discussed with the drivers.

However, he confirmed it would be talked about with the drivers in their usual race day morning briefing.

"No, we haven't discussed [it] because we felt that we were not in a position to consider to talk about," Wolff said. "It would have been such a long shot, talking about the victory before qualifying.

"Obviously the situation is different now, and we are going to address it tomorrow morning, like we always do in the strategy meeting." 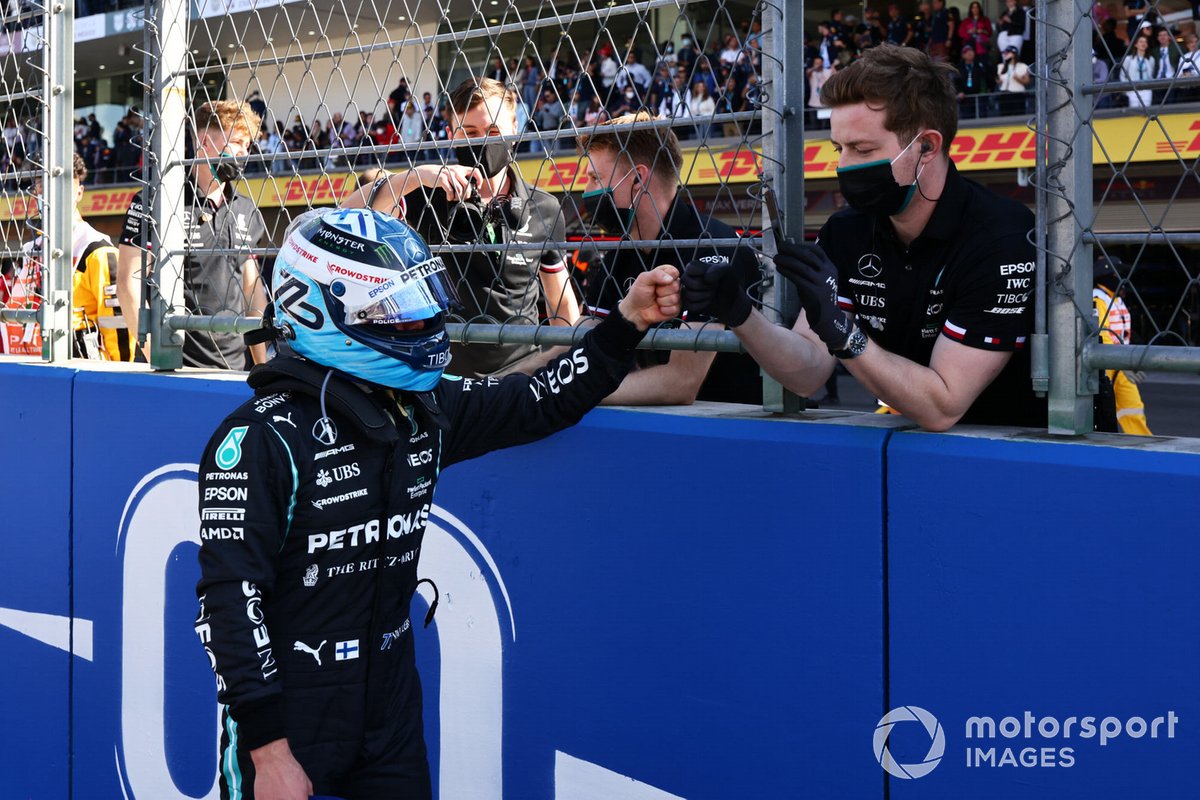 Mercedes has previously used team orders to help Hamilton's title bids, most notably at the 2018 Russian Grand Prix when Bottas gave up a race win to his teammate.

When asked about team orders on Thursday, Bottas said that if there was "an opportunity in a reasonable way to help Lewis in the fight, obviously as his teammate, I'll do it".

Wolff said that while talks around team orders were always tricky, there were situations that brought them into consideration.

"I'm a racer, and I feel that such discussion is something that is always just disappointing in a way," Wolff said. "But sometimes the circumstances oblige that.

"We will address it and discuss it first with Valtteri and Lewis, because they're both involved in such discussion, and then see whether the race scenario actually obliges us to make any such call."