Carlos Sainz says he was surprised to qualify sixth for Formula 1’s Mexican GP after suffering a power unit glitch early in the session.

Following the red flag delay in Q1, Sainz was one of the first drivers to head out of his garage, and he spent 90 seconds waiting at the end of the pitlane prior to the resumption.

As soon as he left the pits he reported a lack of power, and as he crawled down the straight he was told to use revs in neutral in attempt to resolve the issue. He was almost at the first corner when he was finally able to get going. It was not the first time that the PU problem had cropped up.

“Yeah it was a tricky one,” he said. “We’d been struggling a bit with getting out of the garage this weekend, and when we are too long stationary, we’ve been having a bit of this issue.

“But I didn’t expect it to last so long. My tyres cooled down a lot in that process, and then to do a lap like this at the end of Q1 was very stressful.

“Also honestly Q2 was stressful, eventful, probably one of my most complicated qualy sessions. Never really got into a rhythm until a decent lap in Q3, but even on that lap, I felt I was two or three-tenths away from the potential of the car. So a bit surprised to see me P6.”

Asked to elaborate on the engine issue he said: “It’s happened a bit during the weekend, and it’s something we’re trying to sort out. It shouldn’t be a problem in the race.” 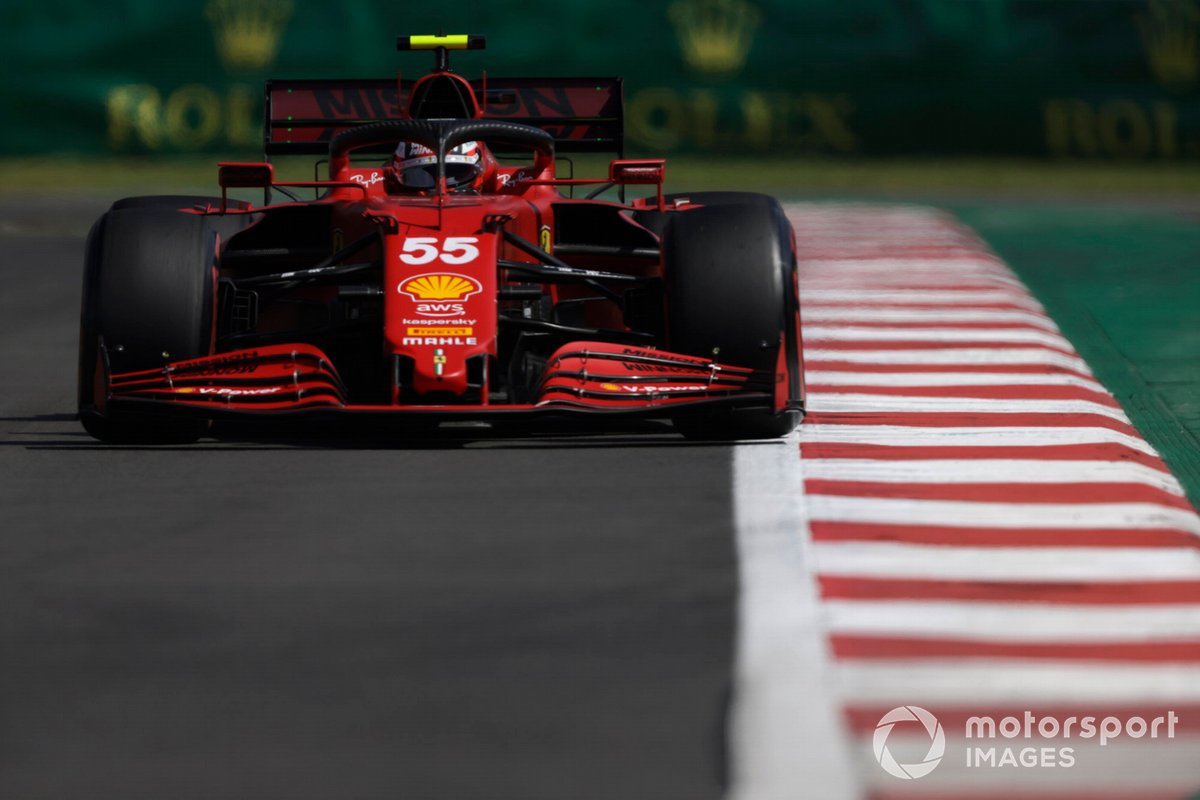 Despite the power unit issue, Sainz is confident that he can have a strong Sunday, starting behind the front two rows locked out by Mercedes and Red Bull respectively.

“As I said, qualy was the worst session of the weekend, and we still managed to beat the McLaren [Daniel Ricciardo] and be two or three-tenths away from the AlphaTauri [Pierre Gasly], and they were playing with the tows.

“So I think if we get the feeling back with the car, and tomorrow I get into a good rhythm in the race, all of a sudden, the race pace can come back and we can do something with strategy.

“I think passing on track will be very, very difficult, because following a car, you cannot really push for more than a few laps due to temperatures. So it will be tricky.”

Sainz’s teammate Charles Leclerc will start from eighth after a disappointing final run in Q3.

"I've been really struggling in FP1, FP2, FP3,” said the Monegasque driver. “And that's why I was extremely happy with the performance in Q1 and Q2, because I finally managed to find the right feeling with the car.

“But then once it mattered in Q3 run two, I did a mistake, so for sure FP1, FP2, FP3, my lack of consistency hasn't helped, but it's no excuse."