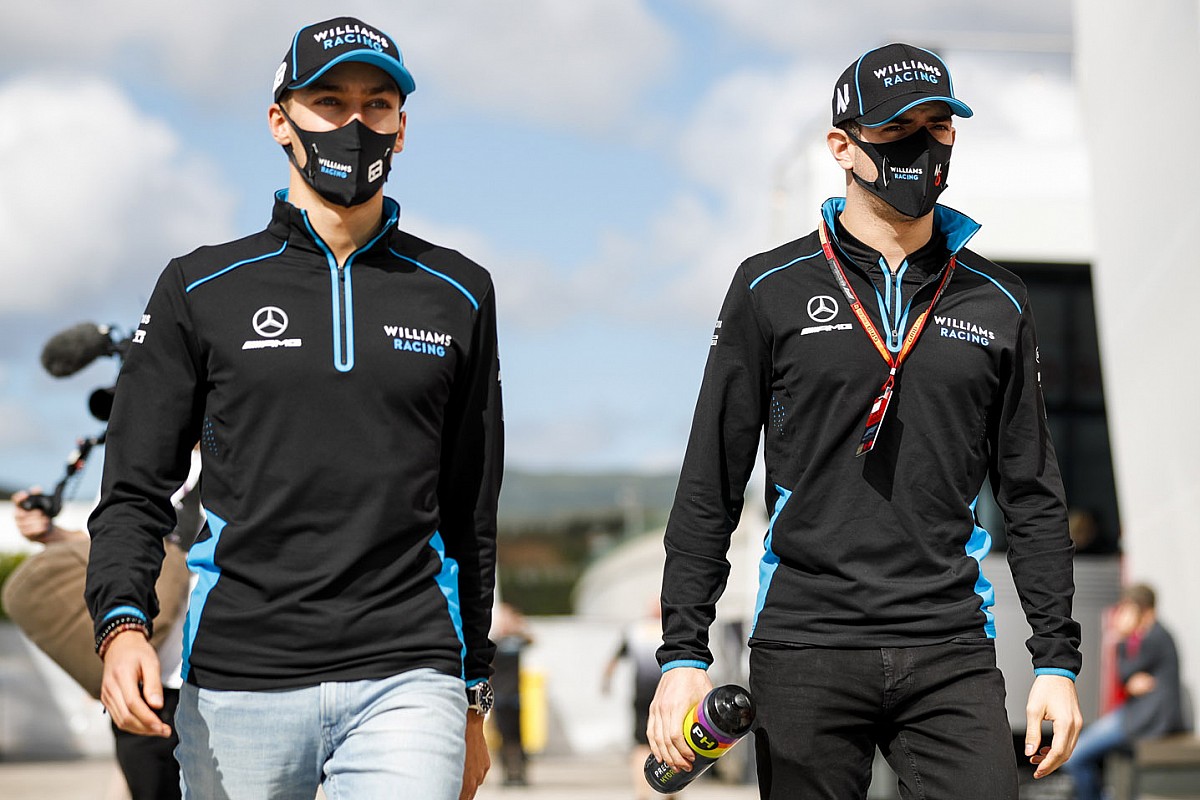 Acting Williams Formula 1 chief Simon Roberts refused to confirm George Russell and Nicholas Latifi will both stay for 2021, but says “nothing has changed” with the team’s driver plans.

Williams announced back in July that both Russell and Latifi would be staying with the team for the 2021 season, prior to its takeover by Dorilton Capital at the beginning of September.

Racing Point driver Sergio Perez recently emerged as a possible option for Williams amid the Mexican’s push to find a seat for next year, leading to suggestions he could replace Russell.

Russell said on Thursday that he had “no concerns” about his future with Williams, and that he has a firm contract in place for next year.

Speaking on Friday, acting team principal Roberts said that “nothing has changed” regarding the team’s driver plans for 2021.

“There’s lot of speculation, there’s lots of good drivers around that are now looking for seats,” Roberts said.

“Dorilton bought the team, and nothing changed. I can’t say any more than that.”

But when asked to confirm that Russell and Latifi will be with the team in 2021, Roberts replied: “I’m not going to say anything about either of our drivers. They’ve both done a great job. There’s so much speculation around.

“I don’t want to inadvertently fuel it. Someone will take some nuance of what I say, so we’re happy. Let’s watch the rest of the market.

"I’m just not going to talk about it. Dorilton bought the team, nothing changed with regards to the drivers.

“There’s just so much speculation and rumour, it’s crazy. It’s silly season after all. We’re not saying any more than that.”

Asked if it would be possible to put an end to this speculation by ruling out the signing of Perez for 2021, Roberts said: “Possibly, but we just don’t want to say anything, one way or another.

“We’re here focusing on a race weekend. We haven’t got any news. Gunther [Steiner] is here, he has got some news. We’ve got plenty on this morning.

“We’re running lots of parts in FP1 and we’ve got to get through all of that and get our drivers in the best possible place for Saturday and Sunday.”

Were Williams to opt for a change in driver line-up for next year, it is likely that Russell would be the driver to make way given Latifi brings sizeable financial backing and sponsorship from Canada.

Perez also has an attractive amount of sponsorship from Mexico, as well as experience from nearly a decade of racing in F1.

Roberts said any driver decision would be “made by the management committee and the board of Williams Formula 1” and that “it’s a very normal situation”.

“We’ve nothing to say on that matter right now,” he added. “That’s all I can say.”