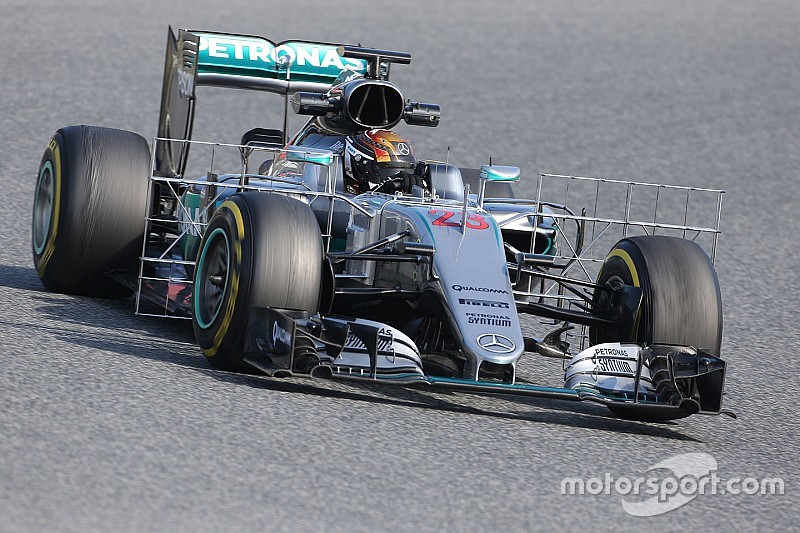 Pascal Wehrlein has got a surprise call up to the Mercedes team for the final day of in-season Formula 1 testing at Barcelona in Spain.

Although Renault third driver Esteban Ocon had been scheduled to drive for the Brackley-based team, the outfit has made a last-minute switch.

Instead, Wehrlein will now drive on Wednesday because the team said it wanted a race-experienced driver to conduct valuable testing work.

Mercedes evaluated a number of new components on the opening day of the test, and has been further experimenting with a upgraded front suspension system to lift the performance of the W07.

The decision will be a huge disappointment to Ocon, who will now have to wait until the post-Silverstone test for his first run in the Mercedes.

The Frenchman had said on Tuesday night that he was looking forward to getting behind the wheel of the championship-winning car.

"There is a lot to learn definitely, driving for the team that is leading the drivers' and manufacturers' championship," he said. "It will be full of info for me and I will have mega eyes open."

Intriguingly, the decision not to run Ocon comes the day after he tested Renault's upgraded power unit and gave rave reviews of its potential - something which could help Mercedes rival Red Bull challenge for more wins in the near future

Spanish Grand Prix race winner Max Verstappen is back behind the wheel of the Red Bull today, as he gets his first taste of that Renault powerunit.

Daniil Kvyat, the man he replaced, is also having his first day of testing with Toro Rosso as he hopes to get more comfortable with the car following his switch at the Spanish Grand Prix.

At Williams, Felipe Massa is due to continue working with the radical aerodynamic components that made their debut on Tuesday and are designed to simulate 2017 downforce levels.

Inside Line F1 Podcast: Verstappen, talent of the century!