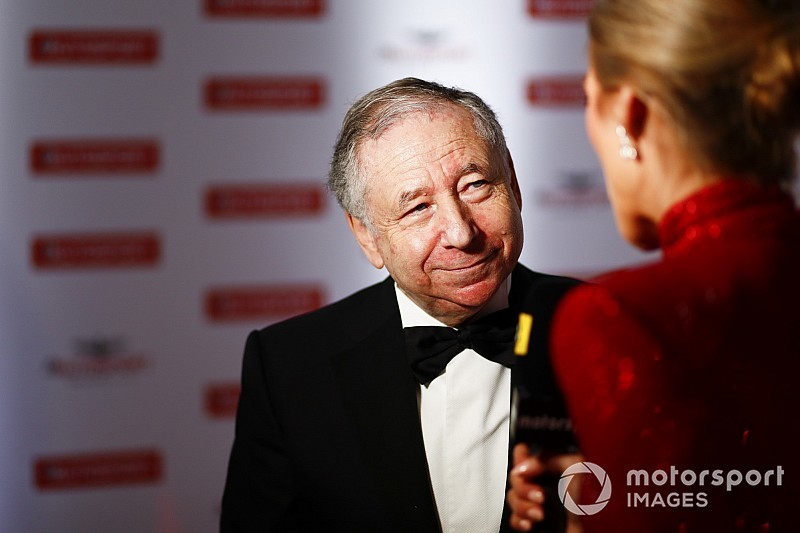 FIA president Jean Todt says it is "a bit unfortunate" that Formula 1 rushes to criticise initiatives like the 2019 aerodynamic changes and is a "world of controversy".

Simplified front and rear wings, brake ducts and bargeboards have been introduced for this season in a bid to make it easier for drivers to follow and improve racing.

It was criticised as an expensive and unnecessary change last year, and the verdict from pre-season testing at Barcelona suggests the impact will be minimal.

Speaking at the Geneva Motor Show, Todt said: "I hear everything, that it was a waste of money, that it’s a fantastic improvement on overtaking. So I’m excited to see what it will finally do.

"But Formula 1 is a world of controversy. Rather than having people positive, building the best motor racing product we have, they always try to find something which does not work.

"Which is a bit unfortunate."

Racing Point driver Sergio Perez has supported the impact of the changes most enthusiastically.

He said during testing he was certain that "you lose less downforce, so I think so far I'd say that Formula 1 have done an incredible job at the moment with the rules".

Perez added: "I think the delta to overtake a car should be reduced by quite a bit given you can follow more and the advantage from DRS.

"So, I hope the racing can be a lot more fun for the fans and for the drivers."

However, many drivers suggested they did not feel much difference with the new rules.

New Renault signing Daniel Ricciardo offered a glimmer of hope after the first week of testing, but became more reserved in week two.

"I think it will be a little bit better, but I am not going to say it is going to be a massive difference," said Ricciardo.

"A track like this is always going to be hard to overtake. It is only when the tyres and that start to really suffer.

"I would like to think that there is a small gain following but it is hard when you are doing such fast lap times to be close with the settings we have got.

"The front wings are more basic but everyone is smart, to figure out ways to disturb everyone else.

"So, I don’t want to be naive and think that it is going to change everything."

Though the effect of the 2019 aero changes is inconclusive, pre-season testing suggested the grid will be closer this year.

"Watching the results of the [testing] in Barcelona, I was thinking it’s kind of a Formula 2 championship," said Todt.

"I mean, it’s a revolution. I’m very much looking [forward] to that."

Now is the time Vettel must emulate Schumacher