Formula 1 champion Lewis Hamilton has suggested he will make more outings on two wheels this season, after he visits this weekend’s Qatar MotoGP season opener.

Hamilton, a self-confessed motorcycling aficionado, is set to attend the first weekend of the 2019 MotoGP season at the Losail circuit as a guest of the Petronas SRT Yamaha team, which shares a common sponsor with his F1 squad Mercedes.

It will mark his first visit to a MotoGP round since he attended the Catalan Grand Prix at Barcelona back at 2015, and follows his recent test on a World Superbike-spec Yamaha R1 at Jerez last December.

Hamilton said he hopes to “learn a little bit” during his Qatar visit, but the 34-year-old joked that he was too old to ever hope to take on the likes of MotoGP champion Marc Marquez.

“I’m not going to see the whole race, I don’t think, but I’m really intrigued to just go and see how the riders operate, how different qualifying is compared to our qualifying, the feedback they are working on.

“I’ll be using it as an experience to learn a little bit. But don’t read too much into that, I’m too old to do MotoGP. I’m not bounce-proof like young Marquez!

“But I’ll still have some fun at some point in the year.”

Hamilton made his Jerez run with the help of Yamaha’s works WSBK riders Michael van der Mark and Alex Lowes, but said he felt unable to get on par with the two regulars.

“When I did the Superbike I wasn’t able to get to full throttle the same as the Superbike riders,” admitted Hamilton. “So there’s a lot to learn.

“It’s a completely different style of riding compared to driving. But it’s an exciting one to learn.”

MotoGP legend Valentino Rossi said last year he hopes to be able to have Hamilton as a guest at his ‘Ranch’ in his hometown of Tavullia, which is home to a 1.8-mile dirt track the Italian rider often uses for training and as a base for his VR46 Riders Academy programme.

That followed Hamilton posting an Instagram story in the wake of his Jerez run, which tagged Rossi and said: "I need to come to the ranch asap." 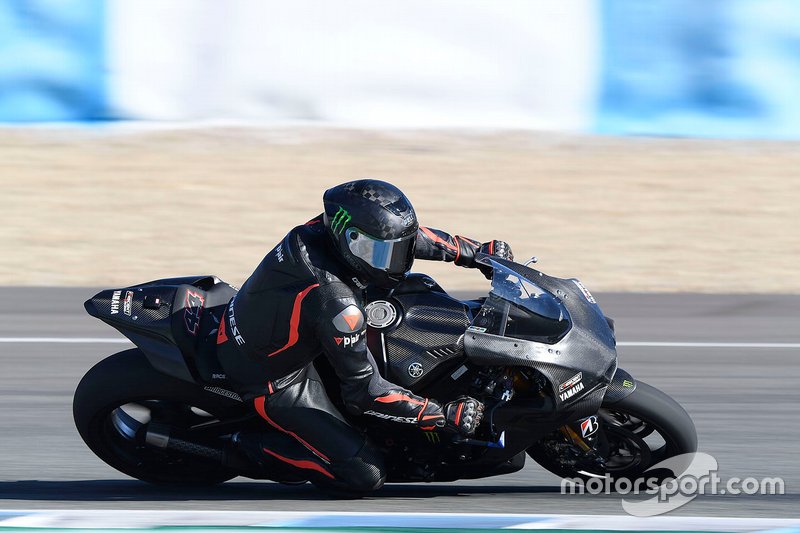 Why it's '10 past midnight' on determining F1's future