Sainz set to start Austrian GP from back of grid 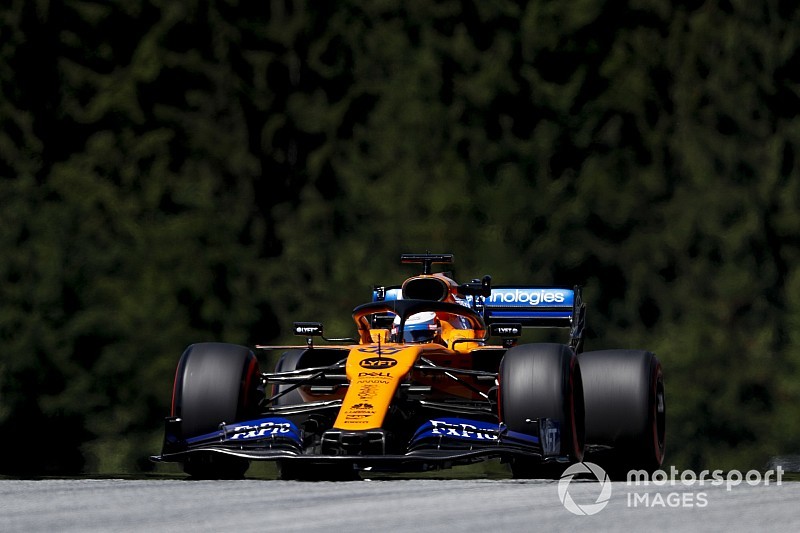 Carlos Sainz will start from the back of the grid in the Austrian GP after the McLaren Formula 1 driver took a complete set of new Renault power unit elements for first practice.

His team has opted to give the Spaniard Renault's latest B-Spec engine, after works driver Daniel Ricciardo used it in Paul Ricard last weekend.

Sainz is out-of-synch with other Renault users because he had a failure in the Australian GP, and that means all six elements he has taken today are above the FIA maximum limits before penalties set in.

McLaren boss Andreas Seidl admitted at Paul Ricard that penalties would be inevitably for Sainz and that the team had put a lot of thought into the timing, postponing the change from France.

"That is unfortunately part of the game," he said. "But it is the same for the others around. We have seen others are taking penalties already now, so we have to see.

"In the end, how the regulations are, you need to make a plan of how you're going to use your engines throughout the season in terms of the modes, mileage and so on to avoid penalties.

"We got the engine delivered from Renault, which is good and encouraging to see that they keep bringing steps. But again the plan for us was that it was better not to use it yet, simply to minimise the number of penalties that we would get until the end of the season."

As previously reported, Alexander Albon has take Honda's latest Spec 3 power unit, with a new V6, MGU-K, MGU-H and turbo, although only the first two are above the limit and trigger penalties. He will thus get a 15-place penalty and is set to start ahead of Sainz.

Valtteri Bottas also took a new MGU-K, without penalty, when he underwent a change after an oil leak was discovered, before FP1 on Friday.

However, the other elements that went into his Mercedes had already been used.