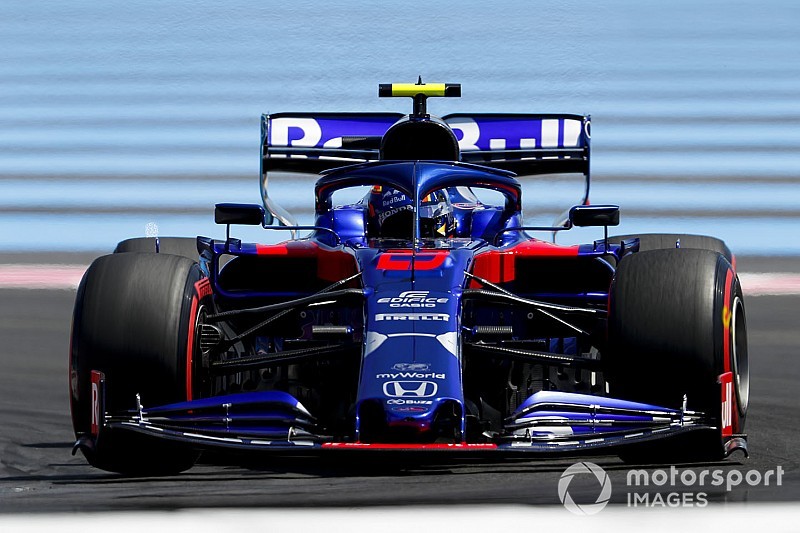 Alex Albon will be hit with a grid penalty at the Austrian Grand Prix for taking Honda's upgraded Formula 1 engine, which he did not use in France.

Honda introduced its Spec 3 engine last weekend but split its use across the two Toro Rosso drivers to avoid that team suffering grid drops for both cars at Paul Ricard.

Albon will move onto the new power unit at the Red Bull Ring, which means taking advantage of an upgraded combustion engine and turbocharger.

As Albon has already used three engines this season, thanks to a practice crash in China, a new V6 will trigger a 10-place grid drop.

He has only used two turbochargers and MGU-Hs so far, so may yet avoid being forced to start at the back of the grid.

However, a new energy store or control electronics would send him to the back.

Gasly: Red Bull has "ideas" to help me out of slump