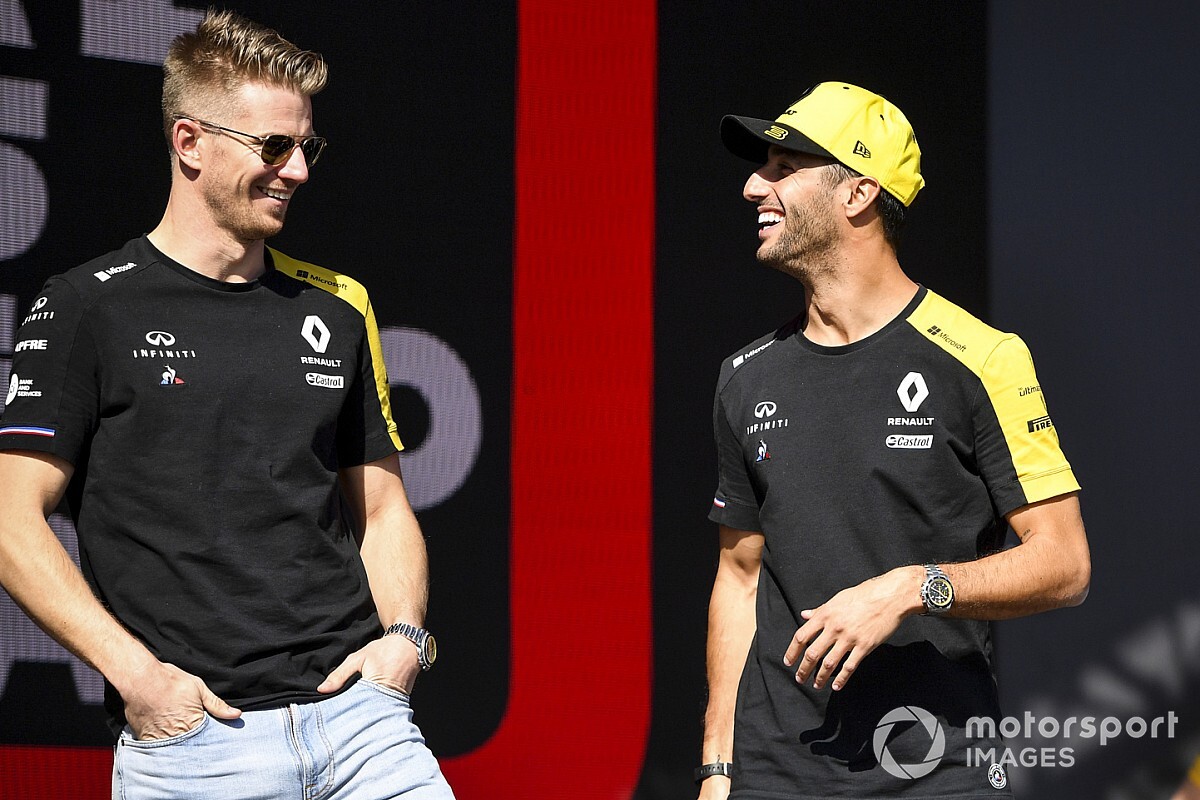 Daniel Ricciardo expected Nico Hulkenberg to have a "chip on his shoulder" but hopes his outgoing Renault teammate stays in Formula 1 after finding him "easy" to work with.

Ricciardo joined Hulkenberg at Renault this season after a big-money move from Red Bull.

Hulkenberg, who holds the F1 record for most starts without a podium finish, will leave the team at the end of this year after Renault signed Esteban Ocon for 2020 instead.

Asked by Motorsport.com if he was surprised to see Hulkenberg go, Ricciardo said: "Yeah, I had no indication prior to this week that he was going to go.

"I'm not sure yet what his plan is. If he wants to keep racing in F1, I hope for him he finds something. He's been, I want to say, easy to work with. We kind of just did our thing.

"He's experienced, he's been around. It's kind of no-nonsense, 'we're here, we're going to race' and try to give the team as much info as possible.

"It's a relaxed approach with him and up until now it's been pretty effortless."

Ricciardo believes he can still learn from Hulkenberg before the end of the season and expects them to push one another "pretty hard" until then.

Hulkenberg arrived in F1 amid huge expectation after a stunning junior career that included back-to-back titles in European Formula 3 and GP2.

However, he has never found himself in race-winning machinery, and last year his seventh-place in the drivers' championship was his career-best F1 finish.

Haas represents arguably the most competitive, realistic option for Hulkenberg next season, but with only midfield opportunities available the 2015 Le Mans 24 Hours winner's nine-season spell in F1 risks ending without a single podium, let alone a victory.

Ricciardo said he expected a "top-tier driver" in Hulkenberg but also "he won everything as a junior but never had a top seat in F1, [so] probably a little bit of frustration, and a chip on his shoulder" as well.

"But in a way that was going to drive him to perform really well this year," Ricciardo said. "Now having me in the team, if he beats me, it's 'well, you know he's a race-winning driver'.

"So I thought he would bring his best this year and try to remind people what he feels he is capable of.

"The first few races I saw that and there was still quite a bit for me to learn and gel with the car.

"So, I wasn't surprised when he came out pretty quick in the first few and I was like 'ah, got a bit of work to do'. Then I started to gather momentum and it's gone back-and-forth since.

"But yeah, he's quick. As far as technique goes and that, some similarities to Max [Verstappen] in some areas."

Verstappen to start Italian GP from back of the grid