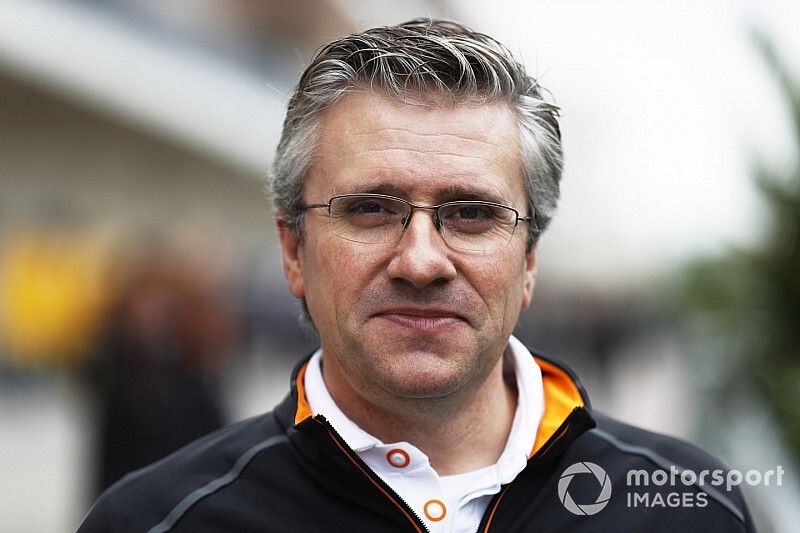 The Renault Formula 1 team has confirmed Pat Fry is to join in the Enstone team in 2020, once he’s free of ongoing contractual obligations with McLaren.

It’s not yet clear what the former Ferrari man’s job title will be. The team’s technical side is currently headed by executive director Marcin Budkowski, and chassis technical director Nick Chester.

Fry began his career with the team in the early days of Benetton, rising to the role of race engineer by 1992.

He then moved to McLaren, becoming chief engineer before joining Ferrari as chassis technical director in 2010. He subsequently became engineering director before leaving the team for a short spell at Manor.

More recently he returned to McLaren for a second stint, on a consultancy basis. before leaving earlier this season.

“It’s a good add, it’s a great opportunity,” Abiteboul told Motorsport.com. “Marcin and him have a relationship that goes way back to their days at McLaren. They have a great working relationship, which is what we need to build, a strong team around Marcin who will remain in charge of day-to-day operations at Enstone. That’s what we’ve done.

“We’re working with McLaren on the release. He’s got contractual commitments and that’s absolutely fine, there’s no rush, he’s part of the long-term plan. But obviously we’re having some sort of constructive dialogue, but being relaxed also. He’s coming, but not on 2019, it will be in 2020.”

Regarding Fry’s job title, Abiteboul said: “We are working out all the structure. So we’ll make an announcement on that later.

In an official statement from the team, Budkowski noted: “I am delighted to be able to work with Pat again. His arrival is yet another step as we build and improve our team structure. Pat’s experience, talent and determination will be additional assets as we continue our progress.”

Renault has already announced other elements of its technical reshuffle, with Dirk de Beer joining as head of aero.