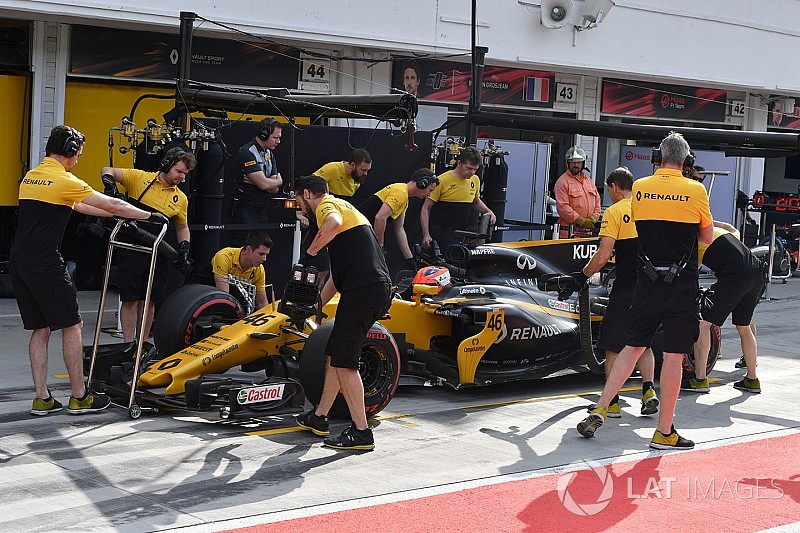 Renault recruited intensively after reacquiring Lotus to re-establish its works entry in 2016, working to rebuild a team that had lacked investment under its previous Genii ownership.

It added over 80 staff during the 2016 season but managing director Abiteboul said there are still departments where it does not have the personnel and facilities to keep pace.

"We have grown a lot in the engineering/technical area, and what needs to happen now is to have not a similar growth, but growth that is compatible with the engineering potential – like the design office, in production, where we are almost too small and almost delaying what aero is capable of producing," Abiteboul told Motorsport.com.

"That will happen also when we have completed the extension of the building, where we will have a larger design office because right now we have a limitation in space.

"And also new works - we will be producing our own gearbox and composite next year which is a big project, with lots of space and lots of people dedicated only to that project, so we will see the growth will have to continue."

Renault made little headway during 2016, having only taken back control of Lotus late in the previous season, and targeted this season for significant progress.

Ninth in last year's constructors' championship with just eight points, it is eighth so far this year and has scored 26 already, with a goal of reaching fifth in the standings by the end of 2017.

"This is exactly what is happening. We fill up the pipeline first with investment, equipment, people and then ideas, projects and concepts and then that is finally turning into parts.

"That will always take a little bit of time but what is good is that once this is starting, in theory it is not going to stop."

But while Renault is continuing to recruit staff and expand its facilities, Abiteboul said F1 would ultimately need to take action to stop teams becoming too large again.

"It will have to grow in a controlled manner, because frankly I don’t have the appetite for becoming a 800-900 head unit," he said. "I don’t think it is sensible.

"I expect at some point this sport will do something so it makes little sense for us to grow at such a level.

"It is not a matter of financial resources, it is also a matter of long-term strategy - because I think the most sensible point for the team is in the region of 650. Assumptions for next year are already almost above 650."