Red Bull and Renault could work together again - Ricciardo

Daniel Ricciardo is confident Red Bull and Renault would be able to get back on "good working terms" should they opt to rekindle their Formula 1 partnership in 2022. 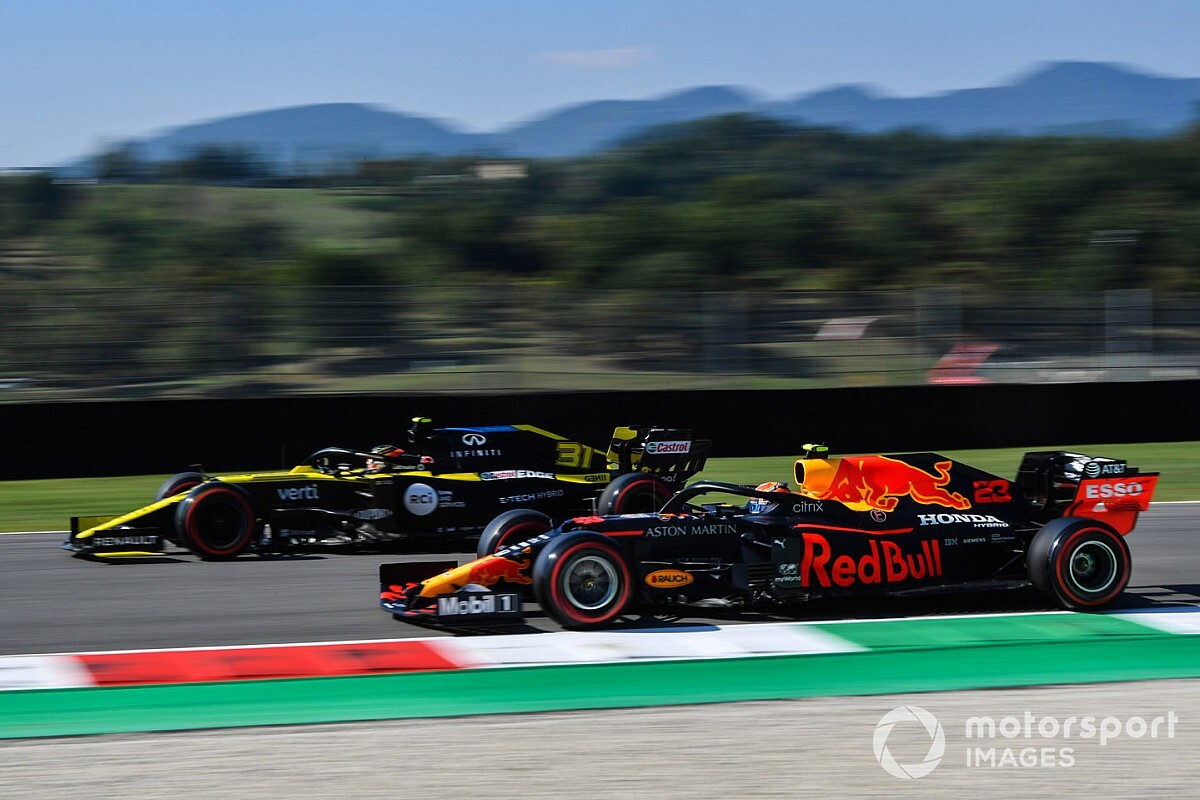 Red Bull is on the lookout for a new power unit supplier from 2022 after existing partner Honda announced last week that it would be quitting F1 at the end of next year.

It has led to suggestions that Red Bull could link back up with Renault, the two parties having ended their partnership in 2018 after a turbulent period.

Ricciardo took all seven of his F1 wins while driving a Red Bull-Renault, before going on to join Renault's works team for 2019.

Asked by Motorsport.com if he thought Red Bull and Renault could collaborate in good way despite their past troubles, Ricciardo felt it could work.

"Obviously it's not really up to me to decide how that goes, but I do think they could," Ricciardo said.

"There are emotions, and then there's business, and there's time. Time heals a lot of things, and whether things weren't seeing eye to eye a few years ago or whatever it was, I don't think that will necessarily remain forever.

"If that's what ends up happening in the future, I think they can get back on good working terms. I never experienced anything that was irreparable, so I'm not concerned if that's what they do. I think they'll get on with it."

Red Bull is exploring a number of options over its future power unit supply in the wake of Honda's announcement, having learned it was considering a withdrawal back in August.

Ricciardo was confident Red Bull would be strong after Honda's exit despite a late change in supplier.

"If they're building a good car, they're going to get support, and they'll still have a chance to do that," Ricciardo said.

"Going by the past and the history and my experience there, I don't foresee anything they should be concerned about."

Ricciardo cited some concerns about the "unknowns" with Honda's arrival at Red Bull as being part of his decision to leave the team at the end of 2018.

But the Australian said he felt no vindication or justification of his decision following Honda's exit announcement.

"I honestly don't feel anything personal towards it," Ricciardo said.

"I'm not jumping around saying, 'oh yeah look, I was right'. It's nothing like that.

"As far as Red Bull and my relationship with them and a lot of personnel in the team, I kept that strong throughout. Even through my decision, I kept good relationships. I never wanted them to struggle or suffer.

"Now they've got a decision to make with what happens next. I don't really look at it in a personal light of me winning or losing. It's just the nature of the sport.

"There's always a chance. The sport, it's always changing so much, so there is a chance of stuff like this happens.

"I do hope they find a solution, a good one, and they stay afloat and keep becoming a rival for the rest of us."