Red Bull team principal Christian Horner has denied suggestions that the team got Pierre Gasly's strategy wrong in qualifying for the Australian Grand Prix, saying the Frenchman was caught out by "a perfect storm".

By:
Adam Cooper
Co-author:
Valentin Khorounzhiy
Listen to this article

Gasly endured a nightmare first qualifying session for his new outfit and will start only 17th on the grid after being eliminated in the opening segment.

This marked Red Bull's first Q1 exit since Max Verstappen couldn't participate in qualifying at all last year in Monaco after a practice crash.

The plan was for the Frenchman to get through Q1 using only one set of tyres, with a fast lap, a cool-down lap to recharge the battery, and a second fast lap.

However, circumstances led to Gasly doing two cool-down laps, and then subsequently his second fast lap was not quicker than the first.

By the time Gasly returned to the garage it was too late to take on a fresh set of tyres.

"It was frustrating for Pierre," Horner told Motorsport.com.

"I think he went fourth quickest, and we expected the second lap to be quicker.

"Pierre didn't manage to improve, as Max did by two and a half tenths, and the circuit in the meantime ramped up with obviously other teams taking second sets of tyres.

"Our objective was to get through qualifying on one set to put ourselves on the front foot for the second two sessions.

"It was unfortunate. It was one of those things."

Red Bull motorsport advisor Helmut Marko had suggested immediately after qualifying that the team had made a strategy error and owed Gasly an apology.

Horner said it was not that straightforward.

"Unfortunately the spanner in the works was having to do two charge laps – that was exactly the same as Lewis Hamilton – and unfortunately his second flying lap didn't improve," Horner explained.

"There was an issue on the dash on the recharging of his battery after having set that lap.

"The bottom line was by the time the right communication had been given to him it took two cool-down laps to recharge the battery to get it into the right position to start his final timed lap, which unfortunately he didn't improve on.

"And in the meantime the circuit was evolving quicker than we expected.

"So it was almost almost a perfect storm.

"With 20/20 hindsight it's easy to say, 'Yes we should have taken two sets,' but you can only deal with what you know at the time.

"After he completed his second flying lap, he had missed the cut-off of getting in, getting a set of tyres, and getting out again.

"At the same time the track was ramping up quickly. I don't think anybody expected it – even Sebastian [Vettel] was extremely close to the cut-off.

"Obviously it's all very tight, it's frustrating for him in his first qualy, but I'm sure he'll race strongly from there tomorrow." 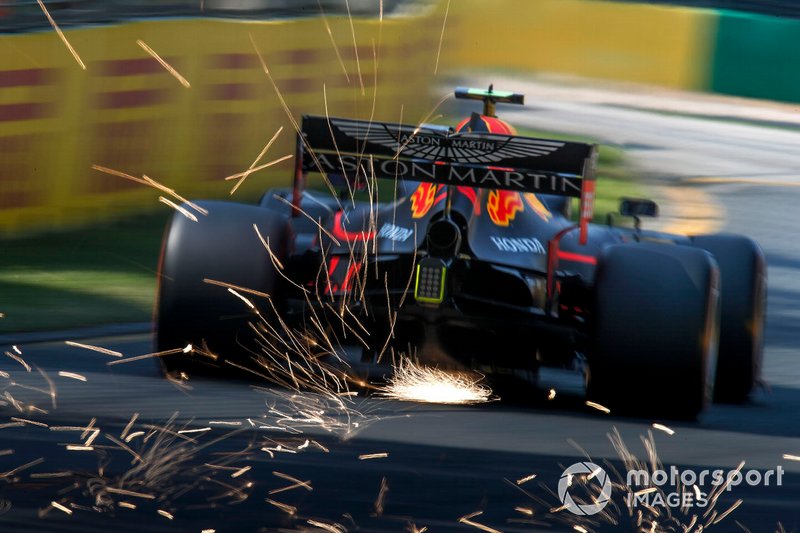 Mercedes "shocked, blown away" by gap to Ferrari