While Red Bull Racing has voiced its concerns over Mercedes’ rear wing, it is encountering issues of its own that has drawn criticisms from its bitter Formula 1 title rivals.

Not for the first time this season, Red Bull’s mechanics could once again be seen fixing a problem with the DRS actuator and mechanism during Free Practice 2 in Qatar on Friday evening.

The failure is easily identifiable when the car is out on track, as the rear wing’s top flap begins oscillating at high speed when the DRS is active. In Qatar FP2 it was Sergio Perez's car that was affected and he lost track time in the pits while repairs were made.

Not only has this led to damage to the actuator and mechanism but over the course of the last few races it has required the team to fix and patch up the rear wing on several occasions, as cracks have appeared in various locations on the wing due to the stress induced.

This may just be down to the parts coming towards the end of their lifecycle, something that’s become more of an issue for the teams this year due to the expanded calendar and working against the backdrop of a cost cap. However, it may also be down to the team pushing the envelope with its wing setup to find extra performance from the DRS, all while having to work within the bounds of this year's homologation system.

The DRS – or rear wing adjuster as it’s referred to in the technical regulations – was one of the parts frozen going into 2021, with only two options allowed to be homologated to account for different downforce levels. 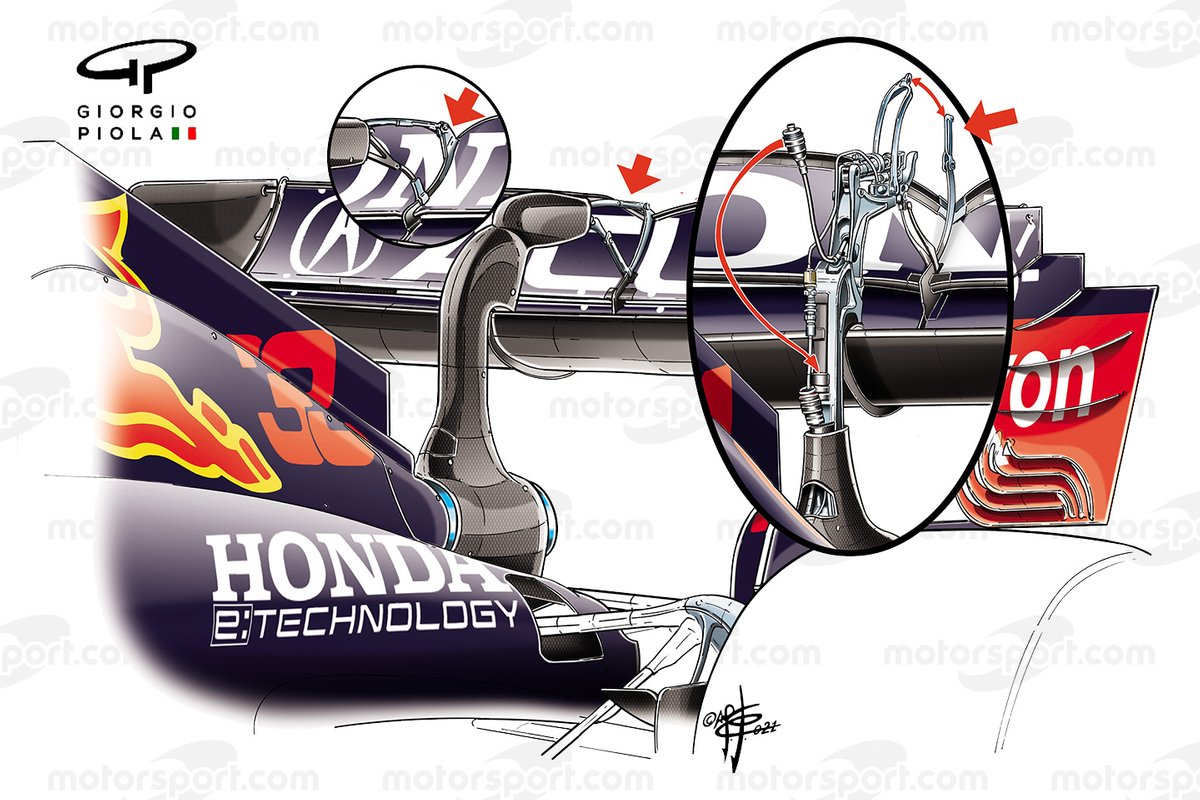 In order to redesign these for 2021, a team would be required to spend a development token, which Red Bull didn’t do, as we know it spent the two at its disposal on a new gearbox carrier.

In this case it’s entirely likely that we will continue to see this problem persist for the remainder of the season, as the team essentially has to work with what it has, while looking for those small nuggets of performance.

But speaking to Sky Sports F1’s Martin Brundle ahead of the race at Interlagos last weekend, Mercedes’ Toto Wolff called out Red Bull for making these repeated wing fixes under parc ferme conditions in America, Mexico and Brazil.

But the FIA’s Michael Masi has since denied there was any favouritism or preferential treatment afforded to Red Bull on the matter.

“From our perspective, we treat every single request equally, consistently, look at every single one,” said Masi. “The thing is, if we see that something is let's call it systematic with the team over a number of events, then we ask them to make permanent modifications to that part.

“There's a whole lot of things that go into it. So no, I don't think there's any inconsistency at all.”