Subscribe
Previous / Giovinazzi: When money rules F1 can be "ruthless" Next / F1 chiefs admit work on Jeddah circuit will go "down to the wire"
Formula 1 / Brazilian GP News

Mercedes driver Lewis Hamilton was stripped of his top spot in Friday qualifying after his car's DRS failed the post-session inspection.

As a result, the seven-time world champion had to start Saturday's sprint race from 20th position.

Mercedes boss Wolff labelled the decision "harsh", and said that in the past teams got permission to make repairs to broken car components in parc ferme if the issues could trigger an investigation.

Rival Red Bull had been allowed to make repairs to its rear wing in the previous races in USA and Mexico.

The stewards' decision in Brazil left Wolff angry, saying in the past "sometimes there was a common sense buffer that didn't exist yesterday or today".

But Masi denied Red Bull got preferential treatment and said there isn't any inconsistency in how the FIA operates.

"All the reports that Jo [Bauer] sends out as our technical delegate, prior to the race, clearly explain either repairs or replacements that can happen under parc ferme conditions," said Masi.

"And that's clearly listed for everyone to read. So, from that perspective, yes, we have regular requests, at a sprint qualifying weekend it's obviously even more because of when parc ferme starts.

"The thing is, if we see that something is let's call it systematic with the team over a number of events, then we ask them to make permanent modifications to that part.

"So there's a whole lot of things that go into it. So no, I don't think there's any inconsistency at all." 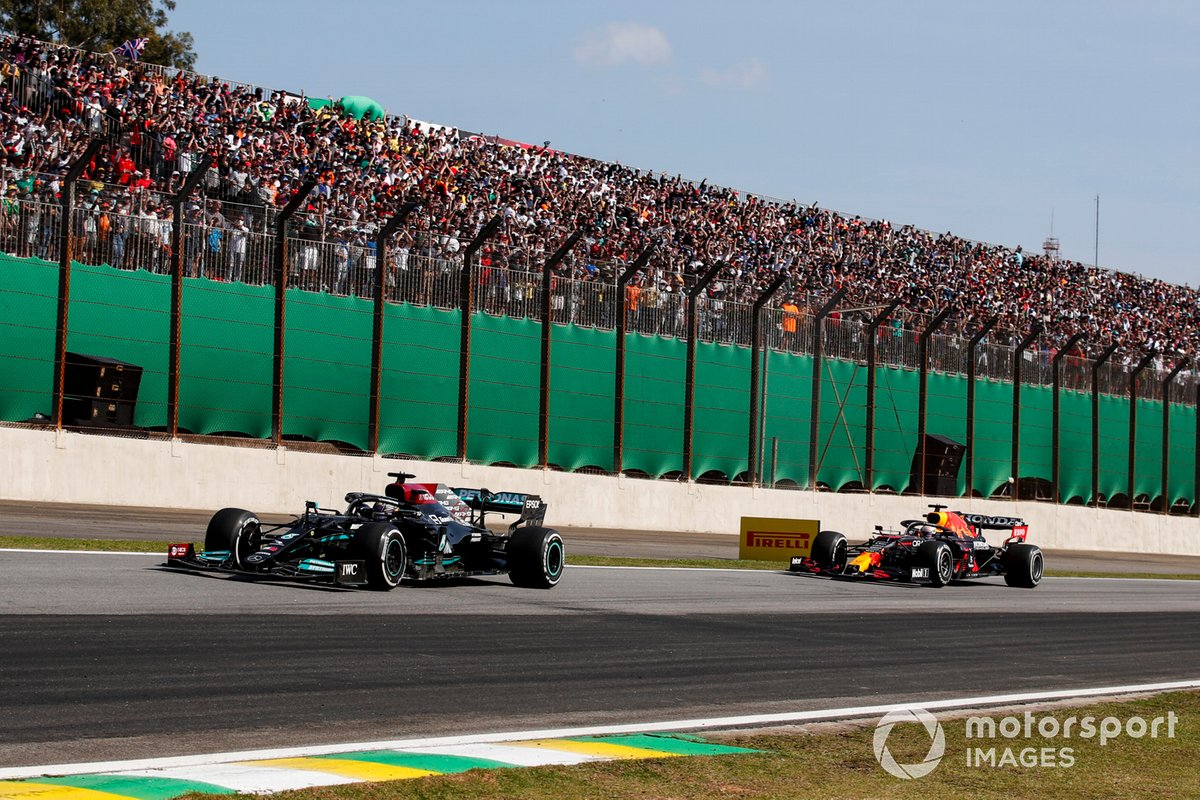 Masi conceded that the title-contending teams and drivers are doing "anything and everything" as the championship battle hots up.

In the race, both Hamilton and title rival Max Verstappen went off the road at Turn 4 when the Briton appeared to be edged wide by Verstappen.

The Dutchman also received a black and white warning flag for excessive weaving in front of his rival.

The frantic Interlagos weekend came after a series of on-track incidents involving the pair, as well as much off-track bitterness between the two teams.

"It's battle for the lead of the race, a very tight and intense battle for the world championship," said Masi. "And I think everything that we've seen over this weekend between the two teams just adds into that mix.

"Once you have an intense championship battle you've got both drivers and teams, they will absolutely try and do anything and everything possible from their perspective to win, and understandably so."

Masi insisted that he and the stewards treat everyone the same.

"Every competitor, every driver, is treated equally and fairly at all times. Obviously, if you're on the receiving end of a penalty, I think everyone feels unfairly treated. So that's part of being in the role that we are."