Formula 1 teams warned drivers to stay off the kerbs at Losail circuit after several cars suffered damage in practice on Friday.

The most seriously affected driver was Nikita Mazepin, whose Haas chassis was damaged, obliging the Russian to miss FP2 while the spare monocoque was prepared for Saturday. Other teams had issues with floors and other carbon bodywork parts.

The FIA spec kerbs were fitted to the track as part of the upgrade programme to ready the venue for this weekend’s Qatar GP.

“I would say if it would be only the floor, it would be fine,” he said. “It is the chassis, which is the problem. The floor you can replace and you can go out again. He had the chassis damage, and it's unfortunate.

“I think a few people had floor damage, we had chassis damage, and changing chassis takes a whole day, you change basically the car. 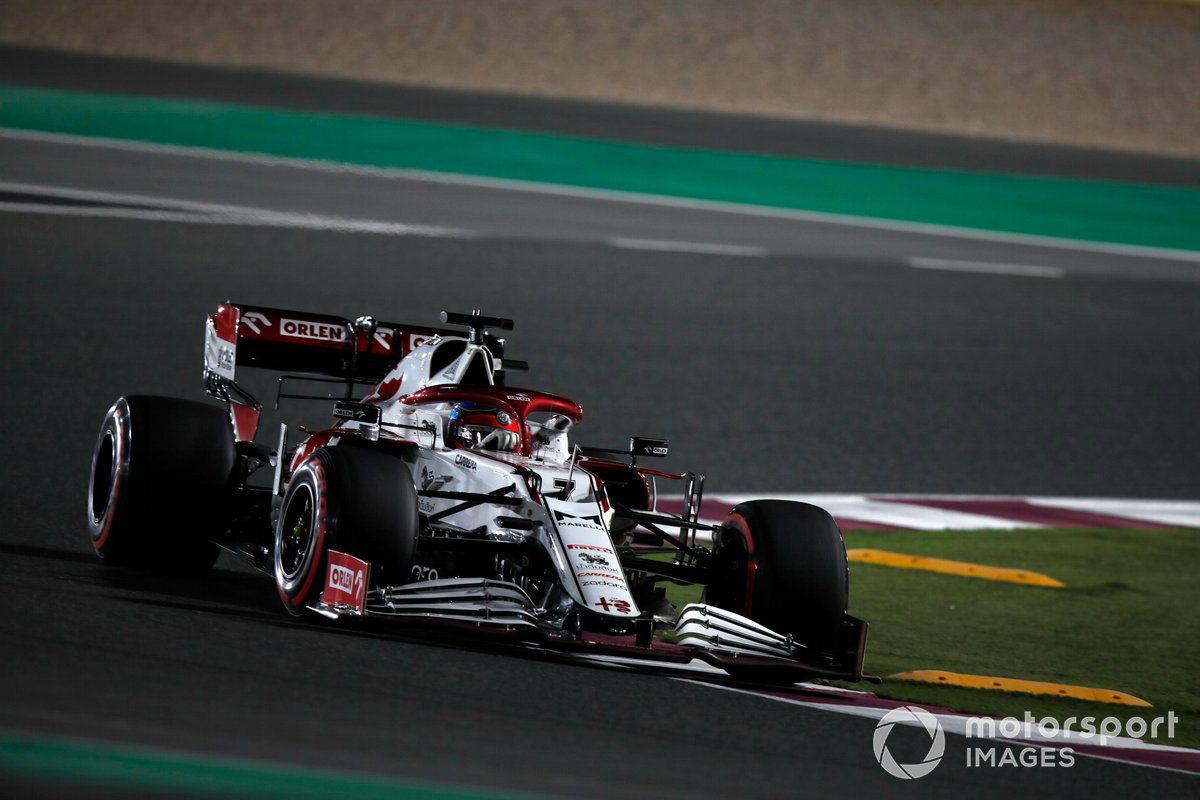 Steiner said the message to his drivers was simple: “Not to go on the kerbs next time around. I think all the drivers now were careful.”

McLaren boss Andreas Seidl believes that the high speed nature of the kerb strikes contributed to the damage.

"The kerbs are quite harsh here,” said the German. “I think we have seen on several cars here in the paddock today, also on our cars, bodywork damage from running over these kerbs. So definitely something we need to keep an eye on for the rest of the weekend.

"This a fast track, and I think when you hit them, you hit them hard. Plus, obviously, it's a track that also allows you to take certain risks to go wide because it doesn't stop you completely.

Aston Martin was another team to suffer damage to its cars on Friday.

"Both the drivers and engineers like the track,” said Otmar Szafnauer. “Except for some of the aggressive kerbs that seem to be damaging the cars when we hit them at excessive speeds. So we had a bit of damage in FP1, which we weren't anticipating. And we really have to be careful so that we manage our spares correctly.

“Front wing damage, floor damage, mainly damaged carbon parts. I don't think we're the only ones, you saw some others [suffer] hard kerb strikes, that bit we don't like, but the circuit itself is good.

"Unfortunately, [the drivers] think there's lap time and going over the kerbs. So therein lies the conundrum! We can't jeopardise the car by being too aggressive."

Szafnauer said that Lance Stroll also suffered a mechanical failure that might have been due to the kerbs.

"We're unsure of the root cause, it could very well have been from going over some of the kerbs. We had a small hydraulic piece crack and leak.

"Not a big job to sort out. It's just we don't want more cracking if that's what it's about. It's not not a big job to fix. So we fixed it for FP2 pretty quickly. It looks like the part that we replaced it with didn't crack, which is good. But we're also more careful about going over the kerbs."