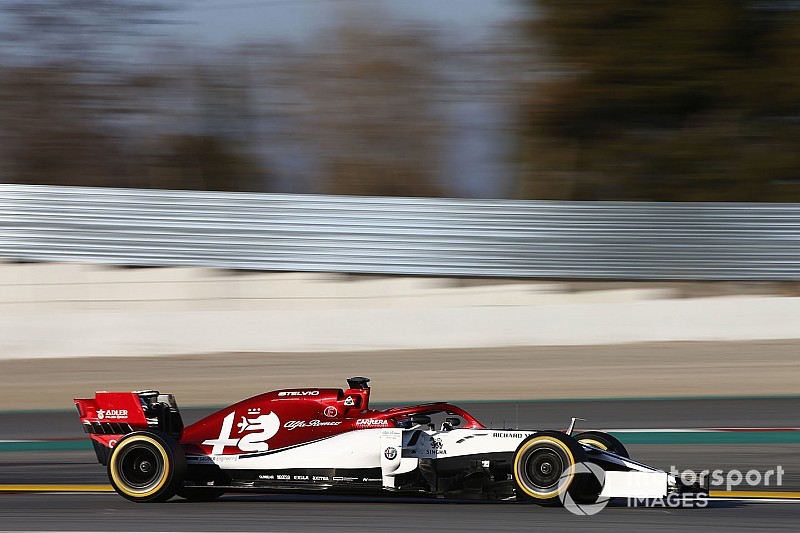 Kimi Raikkonen reckons his Alfa Romeo Formula 1 team has made a “big step” from the Sauber he drove last year, after a “very positive” start to pre-season testing.

Raikkonen has joined Alfa, which has taken over the title of Sauber’s F1 entry, after five years with Ferrari.

He drove Sauber’s 2018 car in the post-season Abu Dhabi test last year and believes serious progress has been made since then, after an encouraging first day of 2019 testing on Monday at Barcelona.

“It is very positive,” said Raikkonen, who finished fifth-fastest and completed 114 laps. “Straight out [we are] not doing an awful lot with the car. [We just] try to do things here or there.

“It is very happy actually. The guys did a very good job over the winter and we have a package that we can work [with]. And we can get better.

“Everything feels normal and when I [compare it to what I] tried at the end of last year, the Sauber, it is a big step for sure.”

Alfa’s return to official F1 running started inauspiciously when Raikkonen spun into the gravel early on and ended in similar fashion when he stopped on track right at the end of the day with an unknown issue.

Raikkonen joked that the early off was because “we never seem to learn from the winter”.

“It is always difficult to start in the cold conditions,” he said. “But apart from that, everything ran smoothly. The car feels very, very positive. It is early days but so far it is good.”

Alfa team principal Frederic Vasseur said Raikkonen’s early spin had not forced the team away from its original run plan, although Raikkonen was back on track just 37 minutes after flying into the gravel.

“This kind of day you don’t have to be focused on performance, the most important thing is to stick to the plan,” Vasseur said. “We had a clear plan before and we stuck to this through the day.

“The performance, I don’t want to say it’s not relevant, but nobody knows the quantity of fuel, the set-up of the engine, and so on.

“We have to be focused and to stay focused on what we’re doing, on our job, not to compare. We have 21 races for this.” 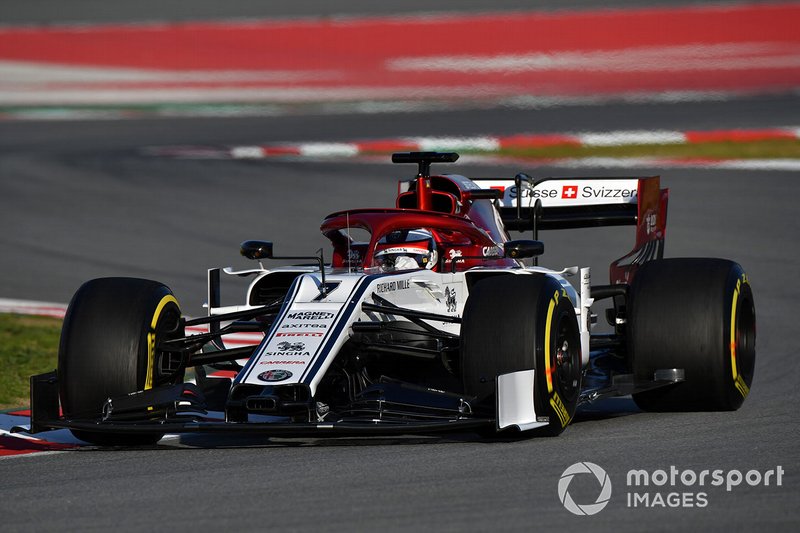