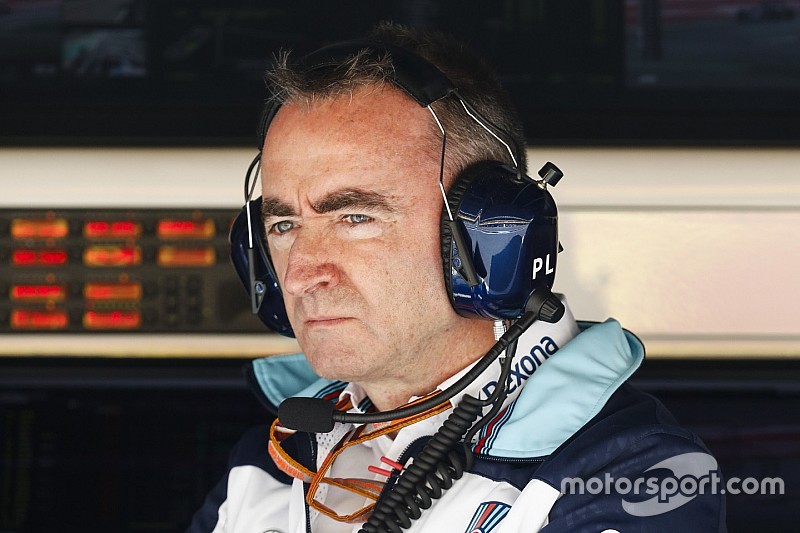 Williams’ lengthening delay in getting its new Formula 1 car on track at Barcelona this week has fuelled paddock speculation that technical chief Paddy Lowe’s long term future may now be in the balance.

After initially scrapping plans for a shakedown of its FW42 last weekend, Williams has admitted that it is now only going to be able to run its car on Wednesday at the earliest this week.

While skipping one day of running could have been put down to simply missing ultra-aggressive build targets in a bid to maximise development time, being forced to miss at least a quarter of testing has hinted at the issues being more serious. Any further delay would be enough to prompt talk of a crisis.

Williams was certainly not alone in running late with its 2019 car build, with Renault also coming close to being forced to change plans, but it is the only outfit that actually had to change its original schedule.

And reading between the lines of deputy team principal Claire Williams’ statement about the team’s readiness for this week, it is clear that even getting the car on Wednesday is certainly not guaranteed.

“It is looking more likely than not that we will now not be in a position to run on track until Wednesday at the earliest,” she said. “This is obviously extremely disappointing, but it is unfortunately the situation we are in. We will be getting the FW42 on track as soon as we are able.”

Exactly what has gone wrong at Williams has not been elaborated on, but in the tight-knit world of F1, where team information spreads between staff of rival outfits, there have been whispers in recent weeks that the Grove-based team’s progress with its FW42 has fallen far short of what had been hoped for.

For even though there has been some encouraging news on the sponsorship front, with the signing of title backer ROKiT, it has been hinted that performance gains have not been so promising.

Furthermore, there have been suggestions that the car delay is more down to bad planning of production schedules rather than it being a deliberate tactic to maximise development time.

Multiple sources with good knowledge of the situation have suggested that the lack of progress has raised the prospect within Williams’ senior management that, if the FW42 does not come up to scratch, it will have to seriously evaluate Lowe’s position.

A lot may then rest on how the FW42 turns out – although there has even been a suggestion that Lowe may have gone as far as offering his resignation if the team felt it was the right thing to do.

Williams today issued a firm ‘no comment’ when asked by Motorsport.com about the rumours regarding Lowe's future and potential resignation offer. In F1 terms, that is known as a 'non-denial denial'.

How the Lowe situation plays out over the next few days or weeks is unclear right now, but much will likely rest on not only when the FW42 finally hits the track but how well it goes. Being late to finish a car that is a rocketship is not the biggest sin in F1, but if you are last out of the blocks and you are slow as well, then your bosses will not have much patience.

As Claire Williams said at the team's livery launch: “I don’t want a repeat of last year, none of us want to go through what we had to in 2018. It is a nerve-wracking time, there is a lot of pressure.

“[The team had to] to do a huge amount of work behind the scenes to make sure that this year’s car is much better out of the blocks. It’s a really nerve-wracking time but I know everybody is working really hard and putting our best efforts in.”

Whether those best efforts are good enough to smooth choppy waters at Williams could reach a head very soon.