Racing Point seeks to "bring balance" to RP19 with upgrade 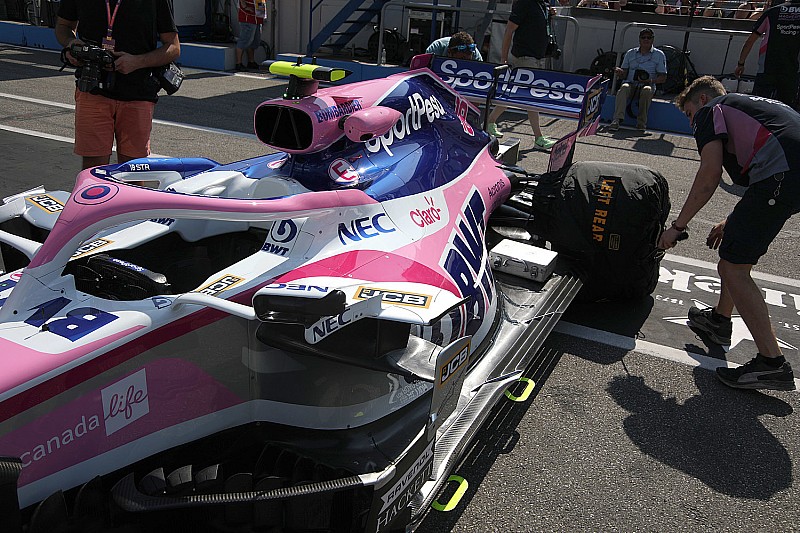 Racing Point has brought a new upgrade package to the Formula 1 grand prix in Germany, as the team seeks to "bring balance" to its RP19 car.

Having been regular points scorers in its previous Force India guise, Racing Point has struggled to break into the top 10 quite so often in 2019.

The team has failed to score points since the Canadian Grand Prix, in which Lance Stroll claimed ninth in his home race.

Since then, the attention has been on a comprehensive upgrade package to bring the car closer to its rivals in the midfield.

Primarily, the bodywork has been completely overhauled, replacing the more conventional undercut sidepods with a design more similar to the Red Bull bodywork.

Here, the lower section is drawn outwards towards the edge of the floor, meaning that the upper section can be tightened up - improving the transition of airflow from the top of the sidepods to the floor.

As the bodywork is tightened up around the sidepods, the internal cooling systems must be moved to accommodate that.

Like Red Bull, Racing Point appears to have shuffled these to the top of the engine cover, slotting in just behind the intake - resulting in more bulbous bodywork.

The team has also made changes to the floor and to the mirror, the latter of which is also reminiscent of a design Red Bull has run this season.

Having not scored points since Baku, Sergio Perez is hopeful that the new changes to the RP19 will directly address its biggest foibles, particularly with regards to rear-end stability.

"We're trying to bring balance to the car, to try to cure some of the deficits in terms of balance.

"We hope that this first step can bring us a bit of that - rear end mainly. You're going to see some bits on the car, all around.

"It is an important [upgrade]. We are in a critical part of the season where we definitely need to make a step to be more regularly able to score points. That's important.

"We didn't improve enough [since Barcelona], and probably some other teams did improve more since then. That has been the real issue."

Teammate Stroll underlined that the car was "missing pace all around" in its current state, and suggested that Racing Point's engineers have been working on multiple areas of the car to address its shortcomings.

"It's missing pace all around really. It's always that effort to put more load on the car and gain performance through the corners without adding too much drag.

"That's what we're focused on moving forward, to bring more updates to the car in terms of aero, suspension geometry, all kinds of things to make us as competitive as we can be.

"We'll see when we hit the track what it brings in terms of lap time. It's always a bit of a mystery - on paper compared with what it'll be like in reality. We've tried it in the sim; it's an upgrade.

"There will have to be some fine-tuning in order to extract the most from it, which is the case with most upgrades. I'm quite excited to see how it performs.

"Looking at where we were at the beginning of the season and where we are now, it's definitely been a challenge on Saturday and Sunday to bring home points. So hopefully in the next half of the season we can turn that around." 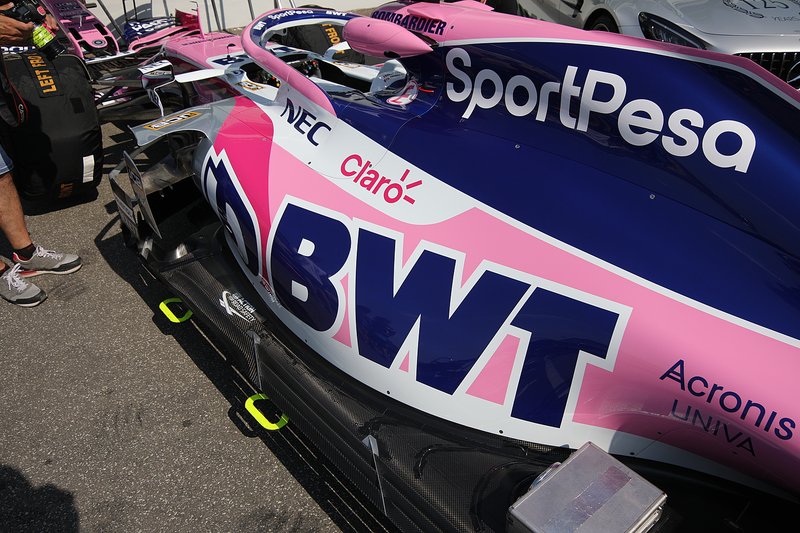 Leclerc no longer "intimidated" to adapt Ferrari to his style