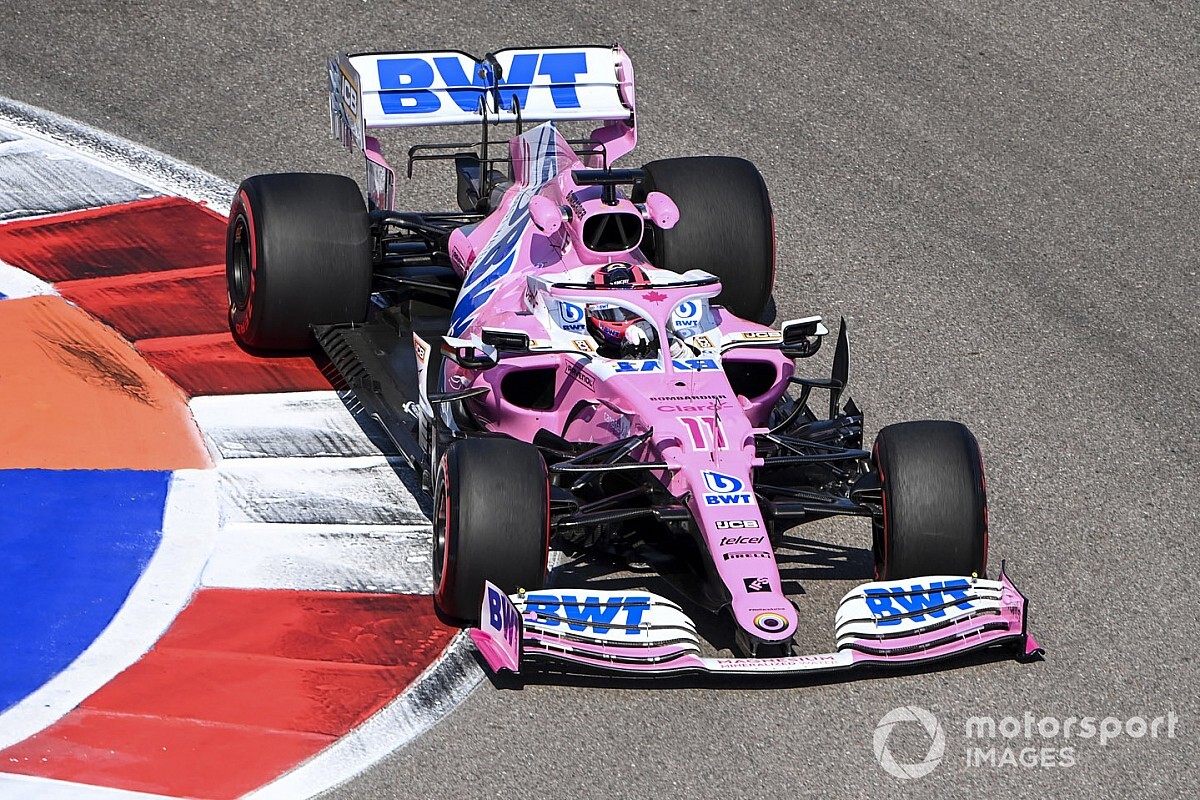 Racing Point technical director Andrew Green says that the Silverstone Formula 1 team was “surprised” when Sergio Perez complained about how he is being treated since his departure was confirmed.

On Thursday in Sochi the Mexican said that “some people inside the team tend to hide things”, adding that “we just have to be as transparent as possible to make sure we achieve our goals.”

After his quotes appeared online Perez had a talk with the Racing Point team management, which led to him issuing a clarification on social media, noting that the “air is totally cleared.”

Green stressed that any holding back of information involved only the 2021 programme, which is standard practice at any team where a driver isn’t staying on.

“Those conversations are for next year's car, basically,” said Green. “We're not excluding him from anything we're doing this year. It's in our interest to have him as fast as we can get him for the rest of the season. We're in a fight for the championship.

“It does us no good at all to start to treat him any differently. And we haven't done. And that's why we were surprised that instead of talking to us about any issues he had, the first we read about it is in the press. So that was a bit strange.

“But then when we spoke to him yesterday about it and asked him what it was he thought we were holding back, he realised that actually he was mistaken, and we weren't holding anything back. And we were open until within hours before the announcement.

“But one thing that we won't be discussing, we won't be talking about, is what we do for next year's car. But that shouldn't that doesn't prevent us from doing the job that we do now for this year.”

On Friday both Racing Points ran a revised suspension package as the team continues to update the RP20.

“So here there’s a rear suspension update, and quite a significant one,” said Green. “And a bit of front suspension as well, but mainly rear. And that's what the drivers were trying to tune this morning, and it seemed to give good results. So we're happy with the way it's gone so far.”

Perez finished the FP2 session in sixth place, while teammate Lance Stroll was down in 17th.

“We've got balance issues on the different tyre specs that we're running.” said Green. “The track is quite difficult as far as the tarmac is concerned, but I think Sergio was a lot more comfortable with the car to start with.

"And whenever we asked him about the car, he said, 'The car's okay, I just can't put a lap together. I just need more time to think about this.' There was a bit of overdriving going on, for sure.

“I think Sergio was a bit more relaxed, and just progressively built up. I think Lance may have gone in a bit too quick. But neither of them were reporting any big issues.”