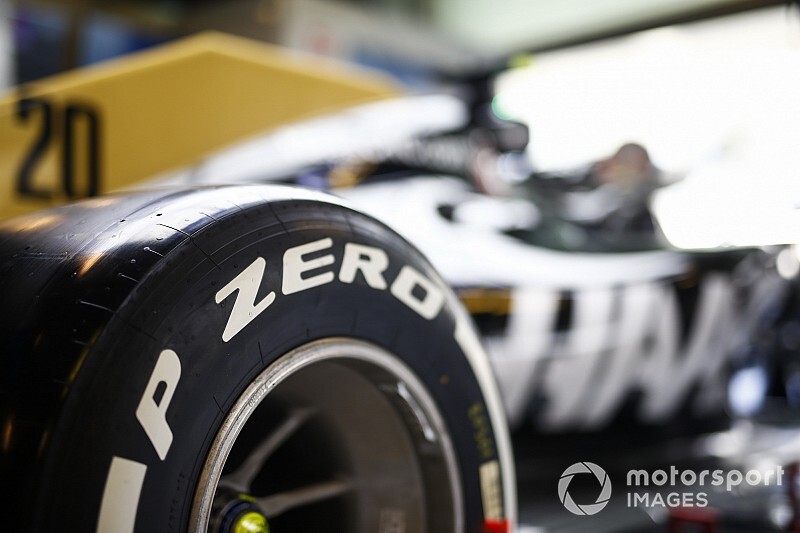 Formula 1 will stick with 2019-specification Pirelli rubber next year, after teams unanimously voted to reject the new tyres that were being prepared for 2020.

The prototype 2020 spec - which was designed to reduce tyre degradation, provide a wider working range of temperature and lower overheating in dirty air -  had made its race weekend debut during free practice in Austin, but earned largely negative reviews from the drivers who had sampled it.

As a result, the possibility of sticking with this year's tyres was broached, such a decision requiring the approval of 70 percent of competing teams, as per item 12.6.1 of the F1 technical regulations.

And while Pirelli said it would be open to such a development, it was hopeful that the two-day post-season test in Abu Dhabi would offer a more representative view of the new tyres.

However, GPDA director Romain Grosjean (Haas) said he was left with largely the same impression at Yas Marina - and the FIA has now confirmed a "unanimous decision" has been taken to stick with the 2019 spec.

"The FIA would like to thank both Pirelli and all the teams for their work and collaboration to improve the tyres for the 2020 season and beyond," the FIA statement added.

"In any case, the lessons leant will be invaluable for the further improvement of the tyres in the future."

In a statement, Pirelli said it had input into the decision and that "several different factors" were taken into account.

Pirelli elaborated: "The teams will no longer have to modify the designs of their 2020 cars, which would otherwise have been necessary to accommodate the different profile of the 2020 tyre construction.

"This will now allow the teams to continue the development of their 2020 cars – which are already at an advanced stage – uninterrupted.

"The use of the 2019 tyres also guarantees the teams stability, with the advantage of using a well-known product during the final season of the current regulations."

The rejected tyres will have been compatible with lower pressures, but sticking with the 2019 spec will likely mean they will have to be upped, as indicated by Pirelli chief Mario Isola in Abu Dhabi.

"If we stay on the current construction the only the only thing we can do, the only tool we have is pressure," Isola said.

"What is on the table is exactly this - we can stay on 2019 [tyres] accepting that pressure is raised according to the performance of the cars, and probably we have more degradation and more overheating."

Pirelli stressed that while the 2020 spec has been scrapped, the work that went into it will be used in the development of its all-new 18-inch tyres that will debut the year after.

"The new solutions for the 2020 construction tyres tested last week in Abu Dhabi, which Pirelli will continue to develop further for the 18-inch era from 2021, allow lower tyre pressures than those used at the moment to be run," the manufacturer added.

"As a result, they are able to compensate for the increased performance expected from the next generation of cars."