Opinion: F1 needs changes, but is far from a crisis 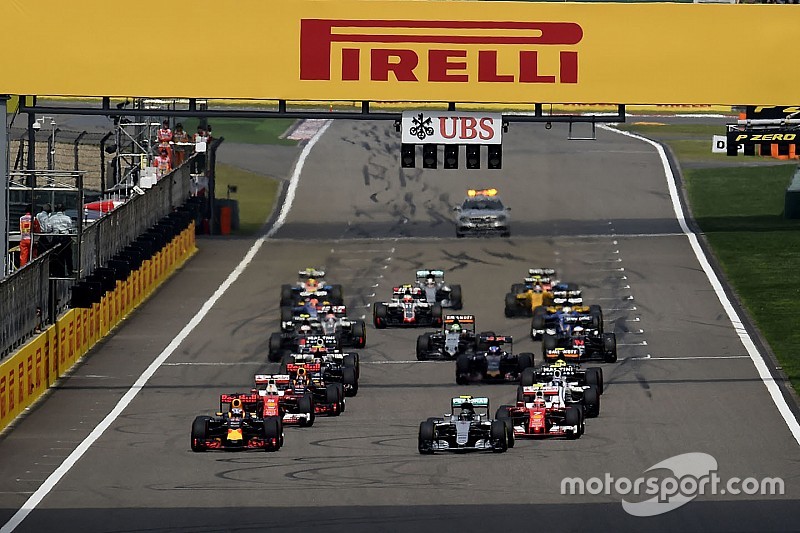 Formula 1 needs big changes to many important things, but is it a sport in crisis? Far from it, argues Jonathan Noble.

Formula 1 people have got well used to the sport getting its fair share of public criticism. And if it is not the fans, media, drivers, or team bosses lashing out at things they are not happy with, then Bernie Ecclestone, the man tasked with trying to exploit its commercial opportunities, often has a go, too.

Yet in recent weeks such slating has taken on a new dimension. For the focus has shifted away from the spectacle on track, and instead onto its governance structures, race weekend format and commercial platform going forward.

Indeed, anyone who has tuned into the first three grands prix had to have been entertained and intrigued by how new Pirelli tyre choice rules, and a bit of performance convergence between teams, have added a brilliant extra dimension to the current racing.

Going by what team people in the paddock are saying, we are witnessing the start of a new type of F1 where banks of simulation computers in the garages and team factories are no longer able to deliver with certainty how races will unfold. Instead, teams and drivers are being left more on the hop, and for fans that is a great thing.

As a bonus, the racing has been entertaining even without the spectacle of a proper fight for victory at the front. For it is hard to believe that at all three races we've been robbed of what should have been a nail-biting contest between Ferrari and Mercedes for glory.

The red flag in Melbourne, Vettel's engine failure in Bahrain and Kimi Raikkonen's poor start, plus the red cars' first corner tangle in China have put paid to all that. It will come though, and when it does come it is going to be great.

But just as it has been hard not to actually like what the racing has delivered this year, so too you could not ignore the ever louder criticisms of what is going on off track.

The elimination qualifying shambles, the 'ill-structured' governance processes, financial pressures on smaller teams, divide-and-conquer politics, plus falling television viewing figures, have all fuelled some to claim that F1 is facing a huge crisis.

But I'm not convinced that the word 'crisis' is correct. For while there are areas where change must come – governance processes and a fairer distribution of commercial rights incomes are immediate priorities - is grand prix racing really on its knees? Or it is just going through some tough times?

Yes, its too democratic structures are acting like a lead weight in holding back F1 from quick positive change, but there is not a single person in the paddock who does not acknowledge that the system needs changing.

And with such an acceptance from all parties that a better structure is needed, F1 will surely get something much better for the post-2020 era.

You don't have to be a genius to understand that, if you give a smaller team less money from the offset, than a big manufacturer then it is not going to succeed.

And teams like Sauber, with a rich history in the sport that have delivered success in the past, should not be fighting for survival when there is so much money swilling around the F1 coffers.

Getting this prize structure correct will take on a greater significance too as F1 appears to be heading towards an era where teams are going to have to have an ever greater reliance on the overall income from the sport.

There was a time when big sponsors would enter F1 as title sponsors of teams, helping share the wealth among the competitors to give them the funds needed to success.

In more recent years though, Ecclestone has instead grabbed many big name companies to become global partners of the sport. Think of Emirates, Rolex, UBS (and another big brand coming soon), whose names and logos are plastered on race tracks rather than sidepods.

Teams do, of course, get a share of all this income as it is put into the commercial rights pot, but their cut is, of course, less than they would have got had the sponsors come to them directly.

All this is against the backdrop of a sport that has decided to move away from free-to-air television and instead go for the rights income that only pay-TV can give - thereby further limiting potential sponsor interest because there will be less eyeballs on the sport.

It is this single decision – rather than the racing or rules – that has contributed to F1's declining television viewing figures. And the fall in viewing figures has been taken at face value as clear evidence that F1's popularity is plunging.

And yet, traffic to websites and engagement on social media has never been greater (Motorsport.com's figures have smashed records this year), which would point to the fact that the F1 audience is not in decline: its habits are just changing and fans are choosing to consume the sport in a different way to how they did it a decade ago.

F1 has not reacted as well as it might to those challenges of the new digital era, and it is perhaps how it performs in this area that will define the success of the sport over the next few years.

For if you fail to attract the younger audience – the generations who should follow F1 in years to come – then all hope will be lost.

F1 has to cleverly plot a path where it does not lose the potential to grab £1 billion contracts like Sky, nor ignore other digital platforms where it can generate huge interest and, in doing so, further profit.

The exclusivity of Sky's deal prompted outrage among many at the time, but to predict now how we will be consuming moving images in three years' time is impossible. And will any of us have the desire or the interest in sitting in a darkened room for two hours on a Sunday afternoon to watch a box in the corner?

By then, any combination of Google/Facebook/Twitter/Amazon could have stepped in and transformed how we all consume sport and entertainment (what even will our phones look like?): and F1 has to make sure that it is right at the front of that queue when the revolution happens.

Things certainly aren't all rosy in F1's garden, but equally, if it was all terrible, would Sky have stumped up a £1 billion for a TV rights deal? Would businessmen like Gene Haas have seen the benefits and potential of entering a new team? Would Renault have committed so much to stay in the sport? And would F1 be poised to lure fresh sponsor brands away from football?

F1 has its problems right now, but nothing is insurmountable. And there is certainly not a crisis that (in the short term, at least) threatens the existence of the sport we all love.

Ferrari yet to show true pace due to "mishaps" - Rosberg