Ocon to "transform" for 2020 under new F1 weight rules 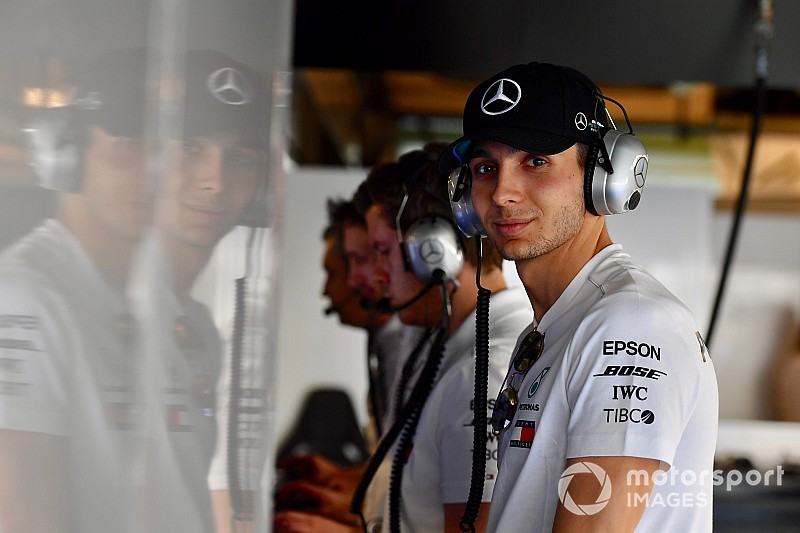 Mercedes protege Esteban Ocon has pledged to “transform” himself under Formula 1’s new weight rules ahead of his planned return to the grid in 2020.

Ocon will spend 2019 mostly on the sidelines, having bagged a reserve driver role with Mercedes after a bizarre sequence of events in 2018 that meant he couldn't stay on the grid.

The Frenchman is one of the tallest drivers in F1 and suffered a weight penalty as a result, and will not benefit from the first year of the introduction of a minimum driver weight.

While Ocon admits that spending a year out of racing was “hard to swallow”, he told Motorsport.com he will do everything to earn an immediate return to the grid.

“I would be massively disappointed by this. I believe I will be back and I trust the people around me to be back.

“I will just be even better prepared – with everything I know, with the knowledge I have from the [2018] season.

“I will transform myself with the new weight regulations, and I will arrive more ready than I was when I started at Force India [in 2017].”

McLaren and Red Bull ruled out working with Ocon because of his Mercedes links, and then Ocon lost the safety net of remaining at Force India seat because the architect of the team’s takeover after it fell into administration was Lawrence Stroll, father of ex-Williams driver Lance.

Though Sergio Perez’s contract extension at Force India took a few races to be confirmed and other seats remained vacant until Abu Dhabi, Ocon knew he was unlikely to race in F1 long before the end of the season.

“I kept the way I was working, I kept my dedication,” Ocon said of how he made sure that did not impact his performances.

“I believe that with the amount of work I put in every day, this situation will change.