Esteban Ocon has become the fourth Formula 1 driver to land a back-of-the-grid penalty in Mexico after Alpine announced on Saturday it had taken a fresh power unit.

Following penalties for McLaren's Lando Norris, AlphaTauri's Yuki Tsunoda and Aston Martin's Lance Stroll, Ocon will also drop to the back of the grid after Alpine took a fresh power unit ahead of final practice at the Autodromo Hermanos Rodriguez on Saturday.

"Esteban will have a new engine for this weekend's Mexico City Grand Prix - his fourth of the season," a short statement from Alpine read.

"All components of the power unit will be brand new for qualifying and the race."

It means that the best-qualifying driver from the quartet is set to start from 17th place on the grid on Sunday, giving them all something to play for in the session on Saturday afternoon.

George Russell will also enter Sunday's race with a grid penalty, falling five places on the grid after Williams opted to fit his car with a fresh gearbox following an issue in practice on Friday.

Since his shock victory in Hungary ahead of the summer break, Ocon has failed to finish a race any higher than seventh, and retired from the last round in the United States, having struggled for pace throughout the weekend.

"We're looking obviously to bounce back," Ocon said on Thursday in Mexico.

"It's a very different challenge here. As I said, it's a lot more smooth, there are a lot less bumps than Austin. So we work really hard to understand why we are not competitive in Austin and hopefully we'll be back on pace for this race." 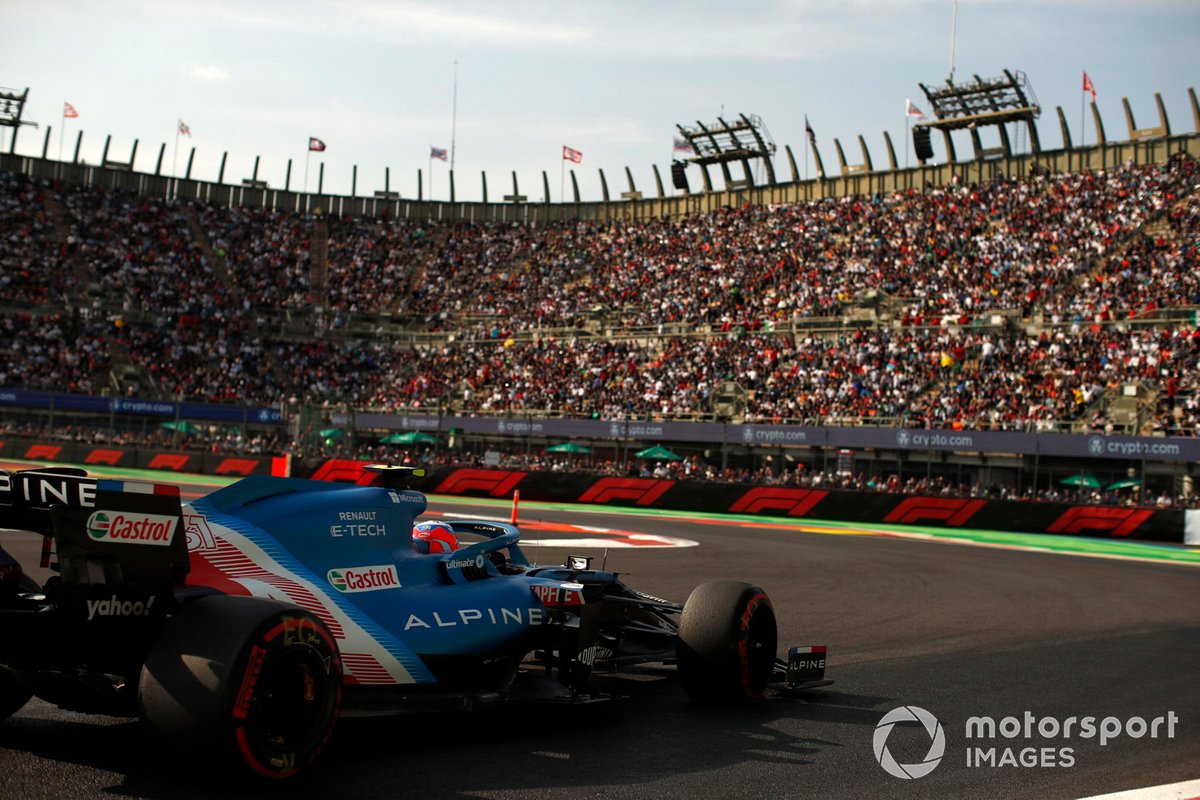 Alpine currently finds itself engaged in a tight battle with AlphaTauri for fifth place in the constructors' championship, with its lead standing at just 10 points with five races to go.

Ocon felt that AlphaTauri "clearly" had a pace advantage at the moment, making it important for Alpine to try and grab what opportunities it can.

"We need to keep delivering and we need to keep getting the maximum out of the car in any circumstances," Ocon said. "It doesn't matter if we are 12th or eighth. The aim is to keep [being] in front of them, of course, until the end of the year.

"It's going to be a tough battle but we are ready for it and the aim is to finish fifth."