The McLaren Formula 1 team’s executive director of racing Andrea Stella says the MCL35M has “moved towards” Daniel Ricciardo in parallel with him adjusting his driving style.

Ricciardo struggled in the first part of the season to get the most out of the car, although he has been much stronger since the summer break, logging a victory in the Italian Grand Prix.

Stella says the team learned lessons from Ricciardo during the process of helping the Australian to adapt to the car this year.

“Indeed, it was a learning process for us,” said Stella. “We get a new driver, a very talented driver, an established driver, and he struggles in some phases of driving the car quickly.

“For example Lando [Norris], this is the only car he drove, so he doesn't have many references from other cars.

“So some features, they are simply the way the car behaves in F1. But adding a new driver, a driver that has very clear references, that helped us understand that some of these features actually we needed to improve on our side.”

Expanding on the specific issues Stella added: “Some of these features, for example, they have to do with how sharp the car is when it responds to small steering input.

“We know that since the first time in 2017 when we put the wide tyres on the car it was very clear that they were super responsive to small steering input.

“And this can be a good feature, if you have like a 90 degrees quick corner, it's a good feature. But most of the time that makes the car more difficult to drive. So we understood that there was work to do there. And indeed, we made some adaptations to the car.

“So it's Daniel moving to the car, but there's been a bit of the car moving to Daniel, in 2021. Some of the learning we got will essentially as much as possible be translated into next year's car.

“So indeed, it was a useful process for McLaren. And indeed, there was something about the car that moved towards Daniel.” 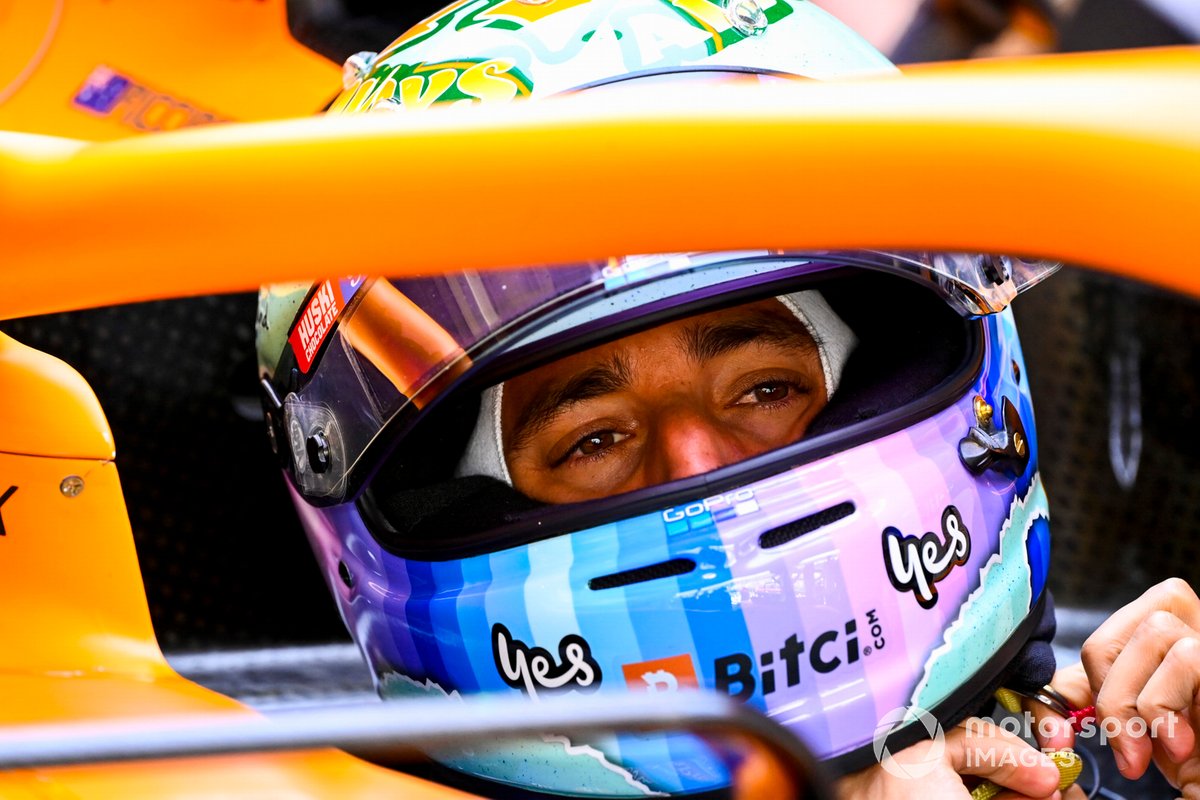 Stella said it was no surprise that Ricciardo needed time to get used to the McLaren.

“There was quite a bit of work in terms of adaptation to the car that needed to be done. And these adaptations, they do take a lot of time, because the cars are going quick. You can't drive and think in modern F1, at least since the regulations changed in 2017.

“That's why it took time, and I think reflection over the summer break might have helped this process of making these changes requited, the different style required, more of a natural process.

“But if we talk about our expectation and Daniel's expectation, we think that there is more to come, we still see that there are tracks or situations in which this is not yet as natural as we know it can be. So, [we are] happy with the improvement.

“We understand why the trajectory was slow, we understand why now we are in a better place. But we think there is more to come and we need to obviously put together a lot of work, and just carry on what we've been doing in the last month.”