Lando Norris looks set to start from the back of the grid for Formula 1's Mexican Grand Prix after McLaren elected to fit a fresh power unit.

The Briton had been the only Mercedes-powered driver not to have gone beyond his allocation of three engines up to this point.

But, after a tricky opening day of running in Mexico City, Norris is expected to join Aston Martin's Lance Stroll and AlphaTauri's Yuki Tsunoda at the back of the grid.

McLaren confirmed the decision ahead of the final practice session.

With three drivers having opted to take back-of-the-grid penalties this weekend, the last positions on the grid will be based on their times in qualifying, so there will be an incentive for them to go out and set laptimes.

Norris' move to take a fourth power unit should be good enough to get him through to the end of the campaign, with teammate Daniel Ricciardo having added an extra engine to his pool at the Turkish Grand Prix.

While McLaren has decided to go for the fourth power unit in Mexico, the main works Mercedes teams remains hopeful that it can avoid needing to go for a fifth unit with championship hopeful Lewis Hamilton. 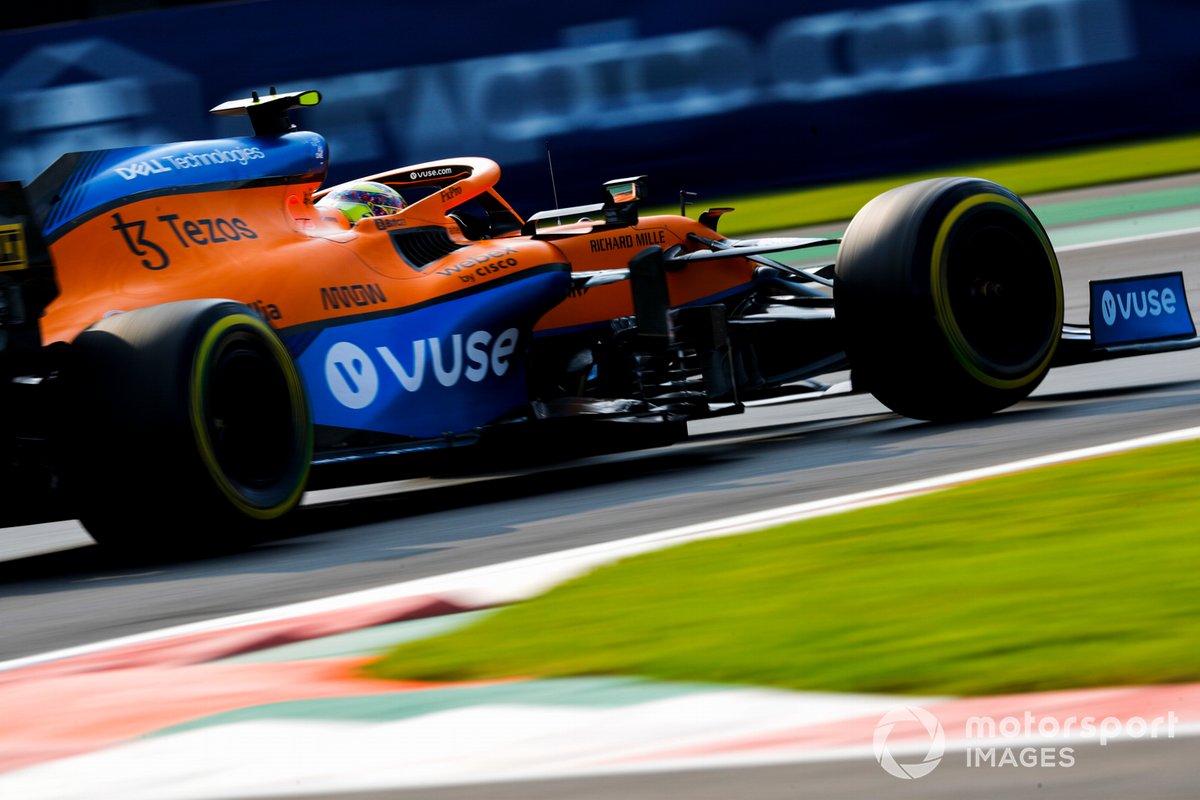 There are five races remaining and Mercedes has been battling some concerns about the reliability of its internal combustion engine.

But speaking over the Mexico weekend, Mercedes boss Toto Wolff expressed some hope that the situation was looking better after recent work at its engine division.

"I think we're feeling more robust about one particular issue that seems to be solved," he explained.

McLaren is locked in a very tight fight with Ferrari for third place in the constructors' championship, with just 3.5 points separating them.

Ferrari has made some good gains with its own power unit performance in recent weeks, and McLaren feels its rival has some momentum behind it at the moment.

However, McLaren will hope that the extra power that Norris will get from being able to run a fresh power unit could prove helpful in the closing stages of the campaign.

Norris starting from the back of the grid also opens up the prospect of McLaren being able to use him to help offer a tow to Daniel Ricciardo in Q2 that could prove helpful in boosting the Australian's straightline speed.