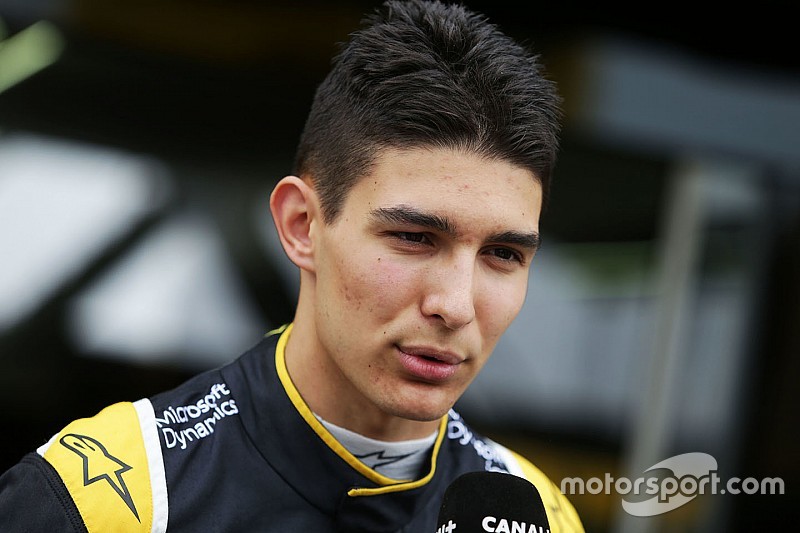 Renault reserve Esteban Ocon has no doubts he would be ready for a step up to Manor later this season, if an opportunity opens up at the team.

Current driver Rio Haryanto needs to raise funding to keep hold of his seat for the remainder of the campaign, and the Banbury-based outfit has begun evaluating potential options if it ends up having to find a replacement.

Ocon is on the shortlist along with Will Stevens, Alex Rossi and Stoffel Vandoorne, although no decision about what happens is expected to be made until later this summer.

But having taken part in several free practice outings for Renault, plus a Silverstone test for Mercedes, Ocon feels fully prepared if there is a chance to step up.

Although the F1 calendar has no clashes with the DTM where he is racing this season, Ocon says any move up would make him reluctant to compete in both.

“For sure my goal is Formula 1,” he said. “I’m happy to be in DTM but I don’t want to stay there for too long. So if there was an opportunity in F1, I would push them [the management] to accept that.”

As well as the Manor link for this season, Ocon remains a firm favourite to secure one of the race seats at Renault next season.

The French car manufacturer is still evaluating its options for next season with both Kevin Magnussen and Jolyon Palmer's contracts up for renewal at the end of the year.

Felipe Massa and Sergio Perez have both been linked to the outfit as well, despite Force India's insistence that it has a contract with the latter.

Renault has also shown interest in Vandoorne, but the Belgian's future is entirely in the hands of McLaren, which has an option on his services.