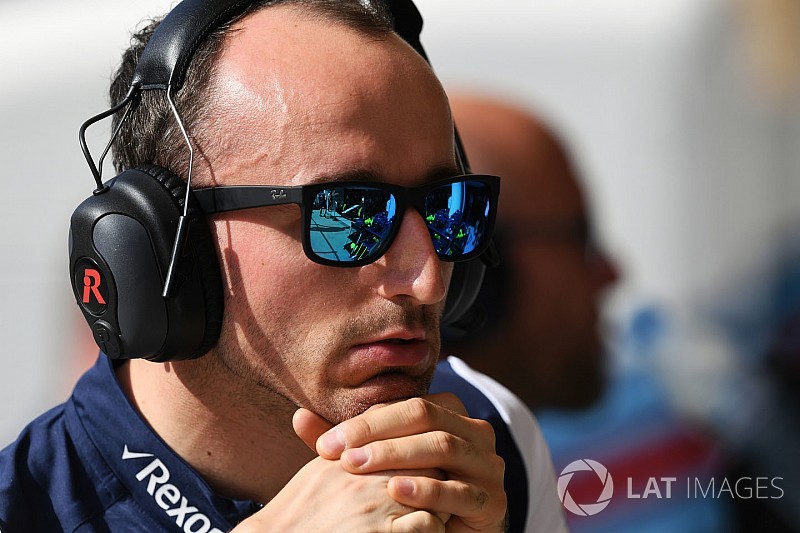 Williams Formula 1 reserve driver Robert Kubica says it would have been too "risky" to combine his role with the Grove-based team with a FIA World Endurance Championship drive this season.

Kubica had the chance to race for the Manor LMP1 team in the 2018/19 WEC superseason, and took part in a pair of tests at Aragon for the British squad either side of his Williams Barcelona F1 test duties.

However, the 2008 Canadian Grand Prix winner decided against joining the team in the end, preferring to focus on his work for Williams.

"Mainly it was due to the time limitation, and because in the end I am quite busy with Williams," Kubica explained to Motorsport.com.

"It was possible to do it. But it would mean that I would have had eight days at home in the space of five months.

"I think it would have been too much, and in the end it is better to concentrate on doing one thing properly than two things which might become risky if you don't do them properly."

Kubica had been set to contest the 2017 WEC season with the ByKolles team, but ended up backing out of the drive after a disastrous Prologue test at Monza that was cut short by multiple technical issues for the Austrian team.

The Polish driver insisted the Manor situation was different as there was nothing wrong with the Ginetta G60-LT-P1's performance when he sampled it at Aragon.

He said: "I had different situation with Kolles than with Manor. In the end we agreed with Manor that I will do the test and I would decide after the test. The performance was not an issue.

"It was more the time, the amount of time that I could dedicate to this project. And I arrived to the point that after which I decided not to do it.

"There is quite a lot going on from regulation point of view, so it will be interesting, and it is a shame I am not in a position to do Le Mans. But in the end I decided to concentrate on Williams."

Manor completed its LMP1 line-up on Wednesday with Oliver Turvey, who partners Alex Brundle and Oliver Rowland in the #6 Ginetta.

Charlie Robertson is joined in the #5 car by Dean Stoneman and Leo Roussel for Spa and the Le Mans 24 Hours.