Lando Norris says he is not taking it for granted that he’s got the measure of teammate Daniel Ricciardo in Formula 1, despite a stronger 2021 campaign.

Norris has shone against Ricciardo in their first season together at McLaren this year, and currently sits on 153 points compared to the Australian’s 105.

But with the team aware that some of Ricciardo’s issues were down to him simply needing time to adapt to the new characteristics of the McLaren car, Norris fully accepts that the situation could change quickly.

And having seen Ricciardo beat him to grab McLaren’s only win of the campaign so far at the Italian GP, Norris understands that the Australian could bounce back a different driver if things come together for him.

Reflecting on this season’s rivalry with Ricciardo, Norris said: “I think it's been very good for me. It's also been one of the parts making me enjoy a bit more the environment.

“There's always that question of when you go up against a driver like that: are you going to do well? Is he going to beat me in every single qualifying or race of the season?

“Those thoughts go through your head a little bit for the year. So when none of that happens then you feel like 'okay, if I can do this against him and he could beat this guy when he was in the same car, then I must be in a decent place.' So it makes you think of good things.

“I know he's still Daniel. Once he clicks and finds his way and so on, I hope to still be quicker than him. But I know it's not going to be like, I'm always quicker because he's a very, very good driver.

“But my confidence has definitely come up with how I feel like I've performed. And it's not necessarily all because I've beaten Daniel.” 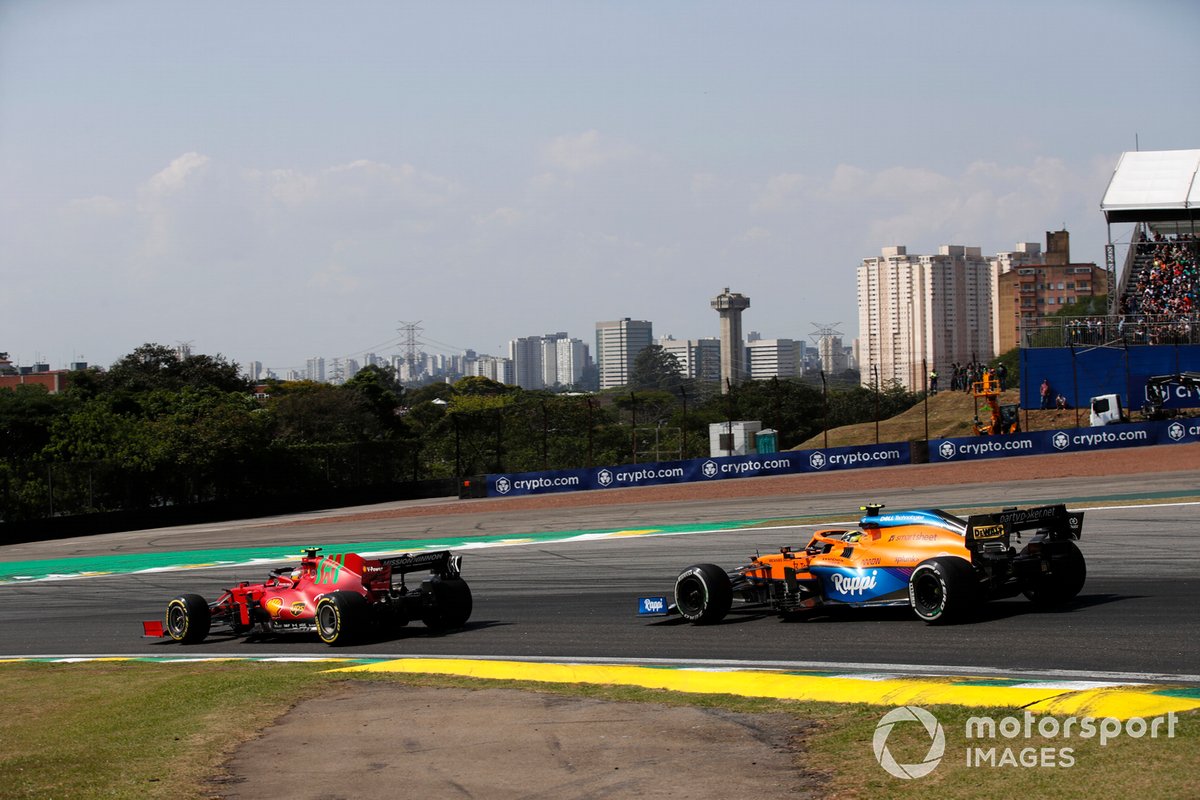 In the short term, Norris needs Ricciardo to perform as well as possible as McLaren bids to try to recover lost ground to Ferrari in the constructors’ championship.

The Woking-based outfit has slipped to 39.5 points behind Ferrari with just two races remaining.

The gap between the two teams is the largest it has been all season, and Norris thinks that Ferrari’s late season engine upgrade has proved to be the game changer.

“It's helped them,” he said. “They were very good on energy before. They have a lot of deployment, which, in some circuits doesn't make a massive difference, but in other circuits definitely helps.

“When we are clipping on the straight, and we lose 20 km/h, they just keep going. It makes a big difference in terms of how you can race them and overtake and stuff.

“I think it's just been very close all season and I still believe we've done a better job as a team. I think there's been more races where they've been quicker, but they’ve just made more mistakes than us. They should be further ahead.

“But it's tough. If I look at the drivers’ championship, I'm still ahead of both of them [Ferrari drivers]. So of course, I want the team to be up there. But I feel like I've done as much as I can to help out on that side of it."