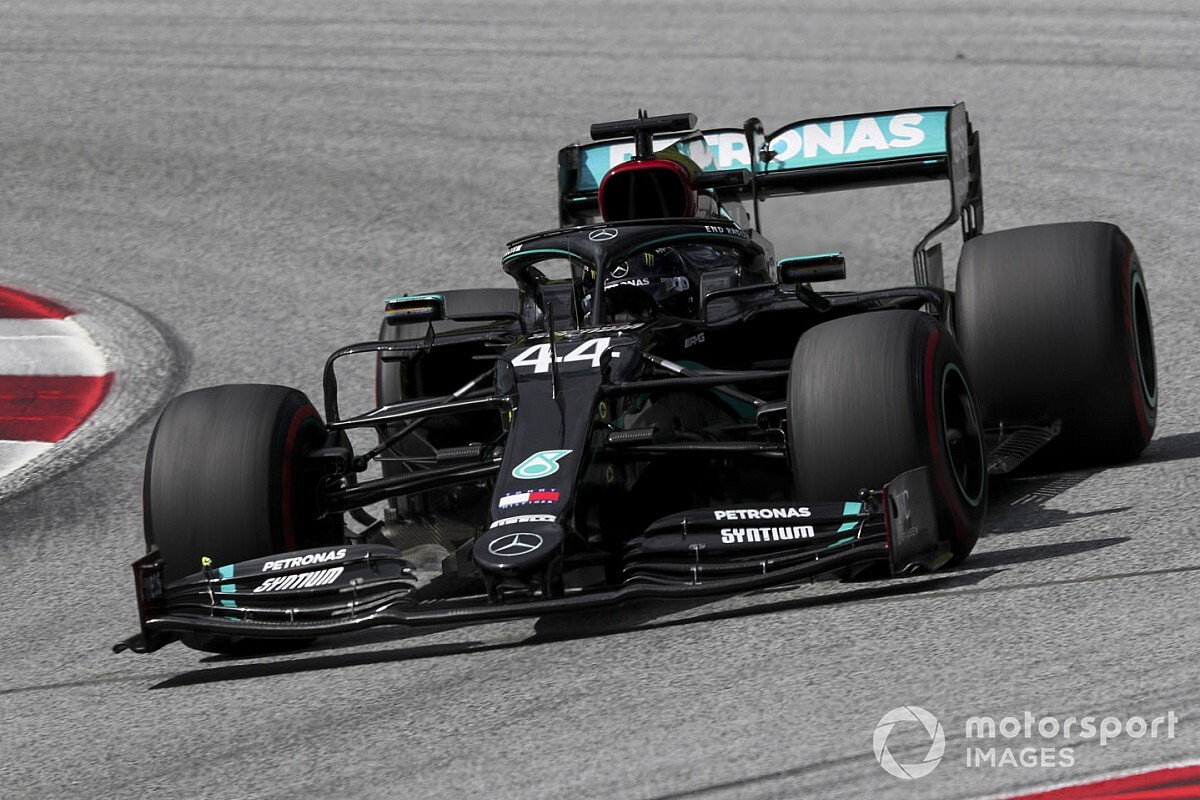 Lewis Hamilton says that this year's W11 is the best car yet built by the Mercedes Formula 1 team – and he believes that is more refined that some of its "diva"-like predecessors.

The world champion says that the Brackley outfit had a "clear and concise" idea of what to do to improve on its 2019 machine, and has successfully achieved its goals.

However, he also cautioned that the team will have to be at its best to beat a potentially stronger challenge from Red Bull Racing in Hungary.

"Firstly I don't think there's ever been a car that I've driven that's been easy to get into working," said Hamilton.

"There have been a couple of cars in the past that have been – I think Toto [Wolff] mentioned one being a 'diva,' which was not the word that I particularly had used – but you know, it was a real handful the majority of the time.

"This one's more refined. We really worked hard last year, in really being clear and concise in picking out what the issues were with the '19 car and what we wanted to do moving forwards.

"And that just continues to come from the great communication that we have as drivers with the team, with the engineers, the understanding we have with the terminology we use, and the team really take that in, and then have implemented that into the car today.

"But we've only been to one track. It's still not easy to get the lap out of the car, but I think that's F1 in general. But it is the best car that we've had so far."

Hamilton cautioned that the story might be different in Hungary, where straightline speed is less critical, and Red Bull could be more of a factor.

"It is obviously naturally different to last week's circuit being that here it's not a power-demanding circuit, it's more about the downforce/efficiency," he said. "So if we look at the previous years we've been here, the Red Bull has generally gone well. They tend to do even better on the circuits like this and Monaco, where it's all about the downforce package.

"So it will definitely close up the whole field and it's going to be a real challenge – [and] I think a good battle. We already saw some great performance from them in practice in Austria and I think they're still very strong in the race. I think here is going to be even more so. So we really need to bring our A-game this weekend."

Hamilton's teammate Valtteri Bottas agreed that the car has been good since it hit the track.

"I think we've started the season in a very decent way in terms of understanding the car and for sure," said the Finn.

"We learned a lot for example between the first two race weekends and even the second week, at the same track, we were still discovering things.

"It's obviously too early to say, it's been only really one proper track with this package, so we'll find out. But I have a feeling things started in the right way. And for now, there's been no massive drama."