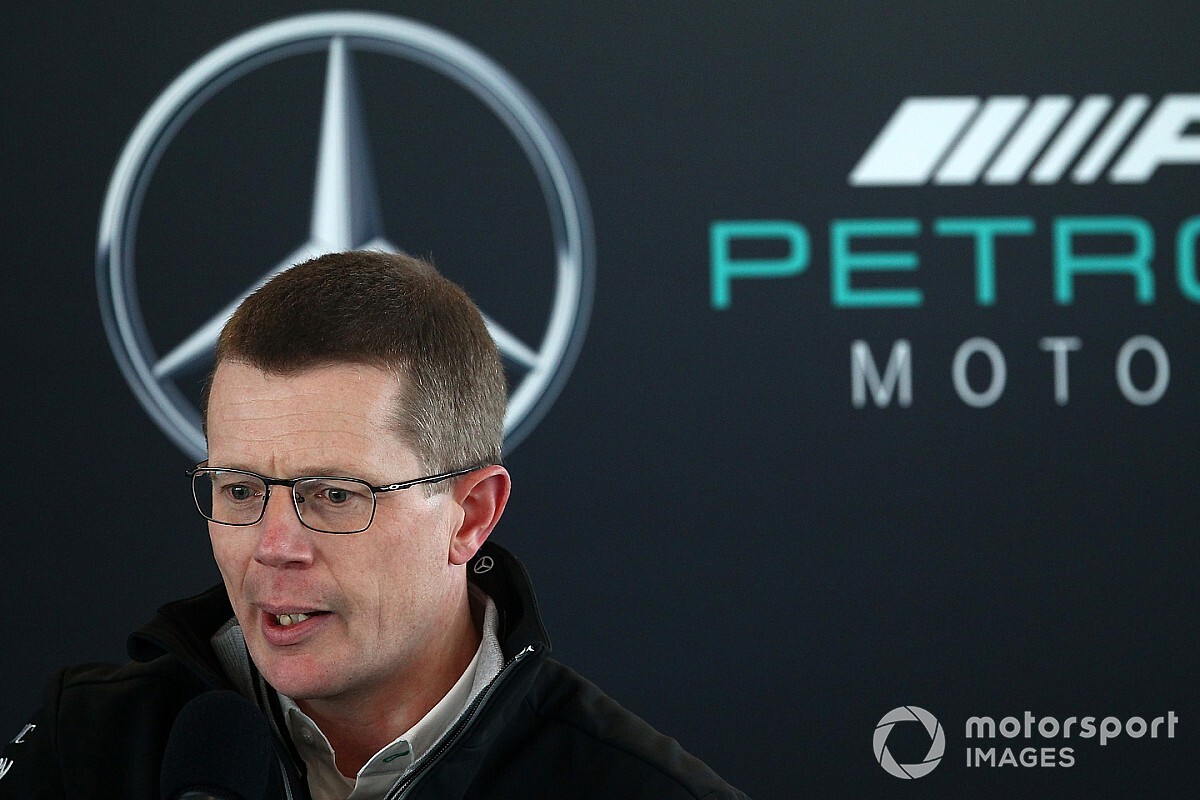 Outgoing Mercedes Formula 1 engine chief Andy Cowell remains undecided on his next move upon leaving the team at the end of the year.

Cowell will leave Mercedes after 16 years with the company at the end of the season, having served as the managing director of Mercedes-AMG High Performance Powertrain (HPP) since 2014.

Cowell played an instrumental role in the development of Mercedes' V6 hybrid power unit that has helped power the team to six consecutive drivers' and constructors' championships since 2014.

"Mercedes is a company that I'm hugely proud to have worked for," Cowell said on F1's Beyond the Grid podcast.

"The people here are an incredible group of people, and I'll miss them. But it's time for a change. Sixteen years feels like a long period of time doing largely the same thing.

"I like a clean sheet of paper challenge of design. I think my personality likes the thrill of being dropped into something that's challenging and scary."

Cowell handed his notice in at Mercedes in January, and stepped down from his position in July. He will remain part of the team until the end of the year to aid the transition to the new HPP leadership team, headed up by Hywel Thomas.

While Cowell is yet to make a decision on what his next move will be, he said his role in Project Pitlane earlier this year helped open his eyes to the possibilities of a new challenge.

"That lit the bonfire in my belly, and got my head thinking every second of the day about CPAPs and anything else that Project Pitlane was on about," Cowell said.

"That's the challenge that I want going forward. I do class myself as having one of the best jobs on the planet at the moment. A lot of my friends, and especially my Mum thinks I'm as mad as a box of frogs to hand my notice in.

"Everyone is saying what are you going to do next? I'm not 100% certain yet, but hopefully it will give me a nice big challenge. Hopefully I can help companies and organisations, and people."

Cowell said he would use the remainder of his time with Mercedes to mull over his next move.

"I was keen talking to Ola [Kallenius, Mercedes CEO], that the transition for HPP was managed for the best interests of HPP. I was very keen that Hywel took over from the beginning of July.

"Markus [Schafer] and Ola asked me to stay until the second power unit was installed to try and help out, which takes us through to September.

"I've got September, October, November and December to make a decision, and make a call then."

The Hamilton trend Bottas must halt in 2020