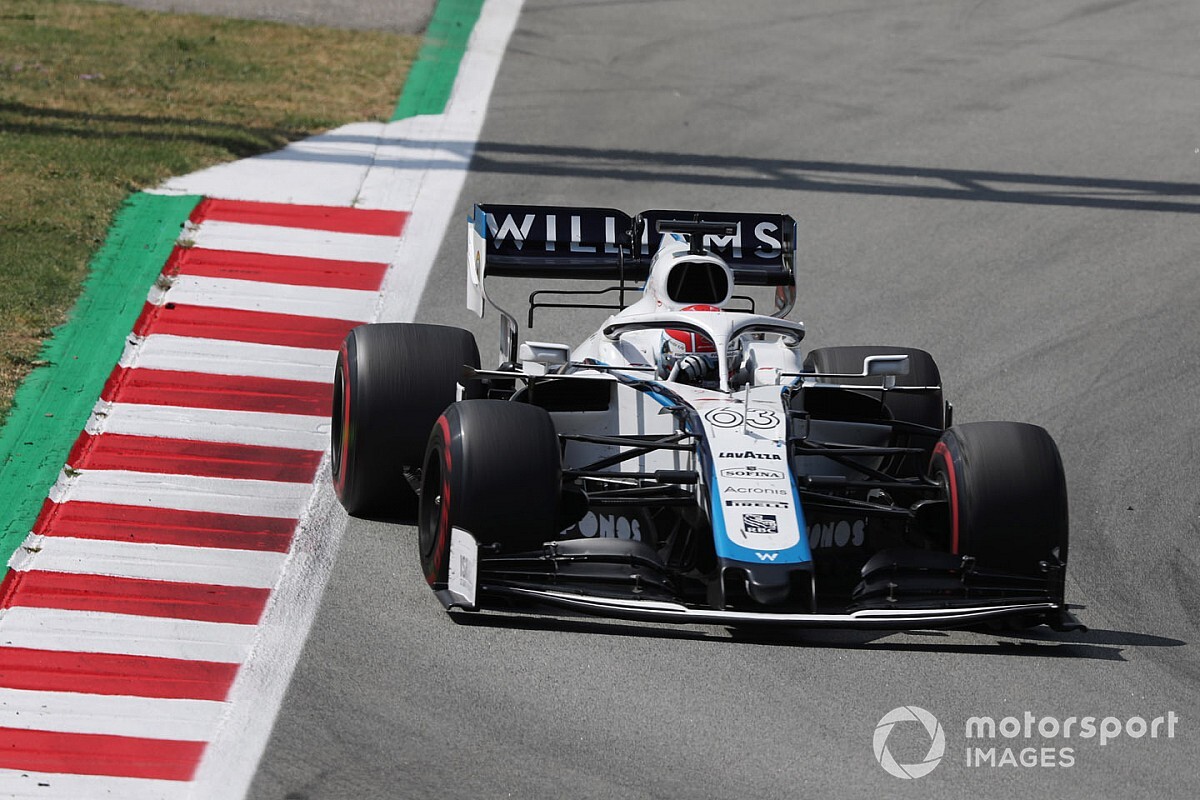 Williams has enjoyed an uplift in performance this year after a difficult 2019 campaign, fighting regularly with the likes of Haas and Alfa Romeo in F1's lower-midfield through qualifying.

But the team has seen a drop off in the races, leaving it at the foot of the championship without a point to its name so far this season.

The Mercedes-powered teams are expected to impress at the power-sensitive circuits in Belgium and Italy over the next two weeks, given the strength of the German manufacturer's engine.

Russell was less certain of Williams' chances of being stronger at the next two races, believing the draggy nature of the team's 2020 car will make life difficult on the high-speed tracks.

"Even though we have the strongest engine in the back, we are by far the draggiest car on the grid," Russell said.

"That is why you've seen us go really strong in Budapest in the last two years, because it is not a power sensitive circuit as such.

"Even though we have a lot of power, we're not really utilising it, because we have so much drag on the car.

"Compared to the Racing Point and Mercedes we are a huge margin amount of speed down on them purely because the car is so draggy.

"Even though on paper you think 'well, we have a Mercedes, we should be flying in Spa and Monza', it's not the case.

"Unfortunately aerodynamically we have a really poor efficiency in the car. And that will actually make it really tough for us."

Williams spent the 2019 season far adrift from the rest of the field amid struggles with its car, but made considerable progress over the winter to get into the fight with Haas and Alfa Romeo.

Russell said the added competition and target of catching the other midfield teams offered motivation to Williams, and for him as a driver to try and bridge the gap.

"It's motivation, for all of us," Russell said.

"We don't want to be here fighting for the latter positions. But the fact that we are on par with the Haas and the Alfas - they probably still just have the legs on us - but they are really within striking distance.

"It adds that extra motivation for me as a driver, the team to really try and get everything out of it. It's going to keep allowing everybody to push further to try and get us back into the B class category.

"At the moment we're in the C class, along with Haas and Alfa. We still need to keep pushing to get to the B class. But obviously Mercedes and Red Bull are just in a league of their own at the moment."