250 doctors and nurses to attend Italian GP as spectators 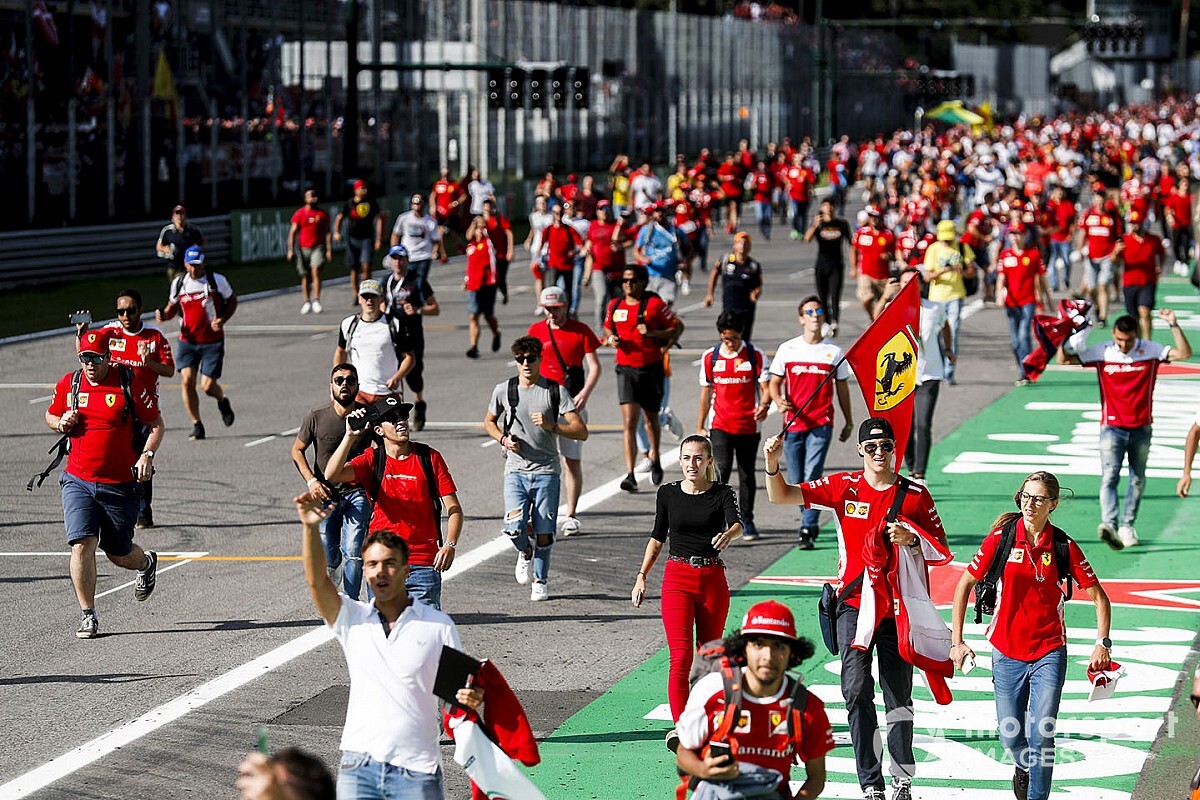 Ferrari has revealed that 250 doctors and nurses who played a role on the frontline in the fight against COVID-19 will attend this weekend’s Italian Grand Prix at Monza.

Since the delayed start to the 2020 Formula 1 season in Austria at the start of July, all F1 races have been run behind closed doors without any spectators as part of the strict event protocols.

Plans are in place for close to 3,000 fans to attend the Tuscan Grand Prix at Mugello next week, which will be the first event where tickets are available for purchase. But it has been revealed that hundreds of fans will be in the grandstands at Monza this weekend as a token of thanks to the doctors and nurses who played a role in the fight against COVID-19.

Italy was one of the hardest-hit countries in Europe in the early stages of the COVID-19 pandemic, with an estimated 35,000 deaths since the outbreak began. The 250 frontline workers will be guests of the Automobile Club d’Italia, which is the promoter of the Italian Grand Prix.

“Like all the other races run so far this year, the Italian Grand Prix will be held behind closed doors and therefore there will be no traditional track invasion by the fans at the end of the race,” stated Ferrari in its pre-race preview.

“However, there will be 250 very special people in the grandstands, socially distanced of course: doctors and nurses will be guests at the track, as a symbolic honour for their courage, sense of duty and altruism as front line workers in the fight against COVID-19.”

Ferrari is braced for a difficult home race weekend at Monza amid ongoing struggles with the SF1000 car that saw it fail to score any points in the Belgian Grand Prix last Sunday. Charles Leclerc took Ferrari’s first Italian Grand Prix victory in nine years last season, but said the team was set for a “difficult weekend” this time around.

“All the same, we are not lacking motivation for this round,” Leclerc said. “We will all pull together to bring home the best possible result.”

Teammate Sebastian Vettel added: “We come to Monza knowing it’s going to be tough to be a frontrunner this weekend. The last race here was anything but straightforward for me and we are well aware that will also be the case this time.

“We have a specific aero package that we hope will make the SF1000 more competitive. Nevertheless our aim this weekend is the same as always: to make the most of our package and bring home as many points as possible.”