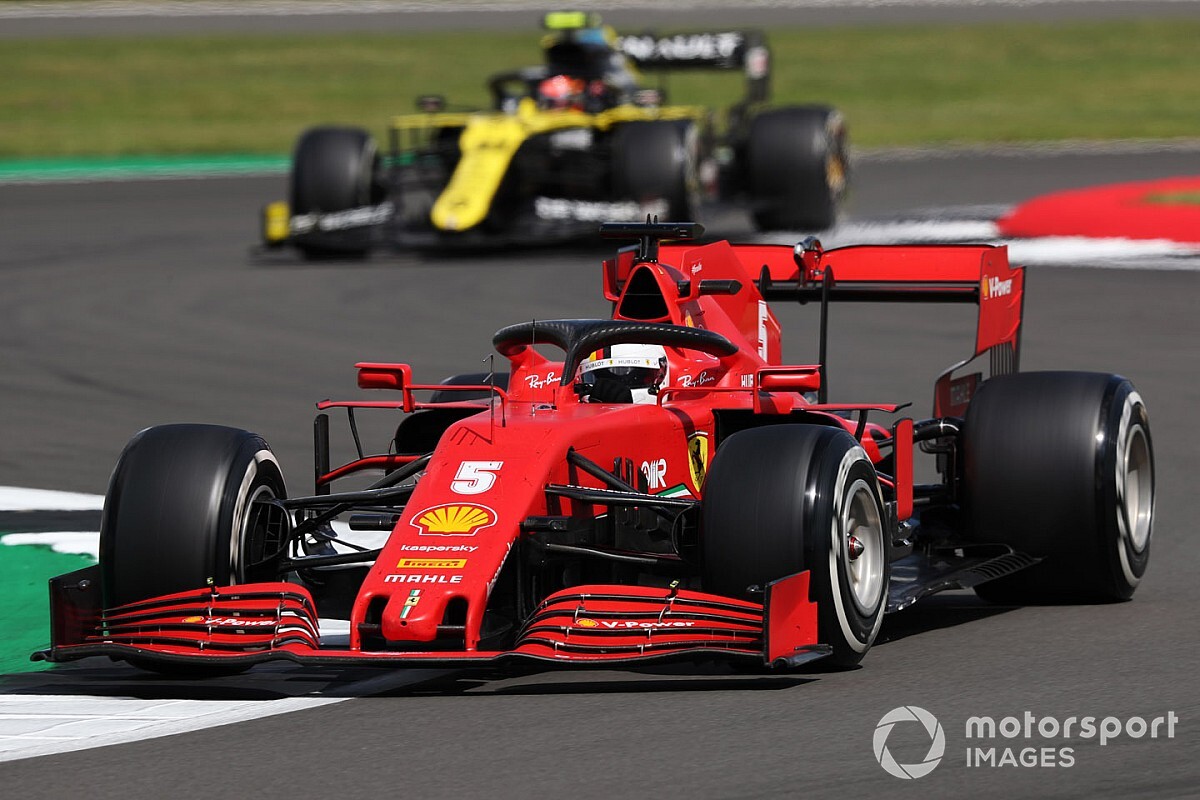 Carlos Sainz believes Ferrari can bounce back from its current troubles in Formula 1, and cites Renault as an example of what can be achieved.

Ferrari endured one of its least competitive races in recent years at Spa last weekend. Charles Leclerc and Sebastian Vettel qualified 13th and 14th, and in a race that saw no attrition at the front they finished in the same positions, but with Vettel ahead of Leclerc.

The lack of straightline performance that has been apparent all year was even more evident at Spa, with customer teams Alfa Romeo and Haas also suffering.

Sainz, who replaces Vettel in 2021, acknowledges that Ferrari has a lot of work to do – but he says that Renault’s successful efforts to improve its power unit in recent years show that it is possible to make progress.

“I think clearly Ferrari is the first one that is not happy right now,” he said. “And I think we could see clearly how much they struggled. But I think they struggled with a bit more than the engine, I think they also had some problems with the overall grip of the car.

“So I think it's an abnormality to see Ferrari so far back, but it's normal after what we saw in the first races how much they are losing on the straights.”

Regarding the prospects of future recovery, he said: “In general I would say that yes, they need a very big step on the engine coming.

“I know how tough it is, because it took Renault three years, and it's taken Honda quite a long time also. So the fact that Renault is nearly there, close to Mercedes, also shows that you can do it.

“So I'm sure the factory now is working flat out, and hopefully by the time I get there, they've improved a bit. And then together we can do the next step.”

250 doctors and nurses to attend Italian GP as spectators

How McLaren's past pain is a reality check for Ferrari