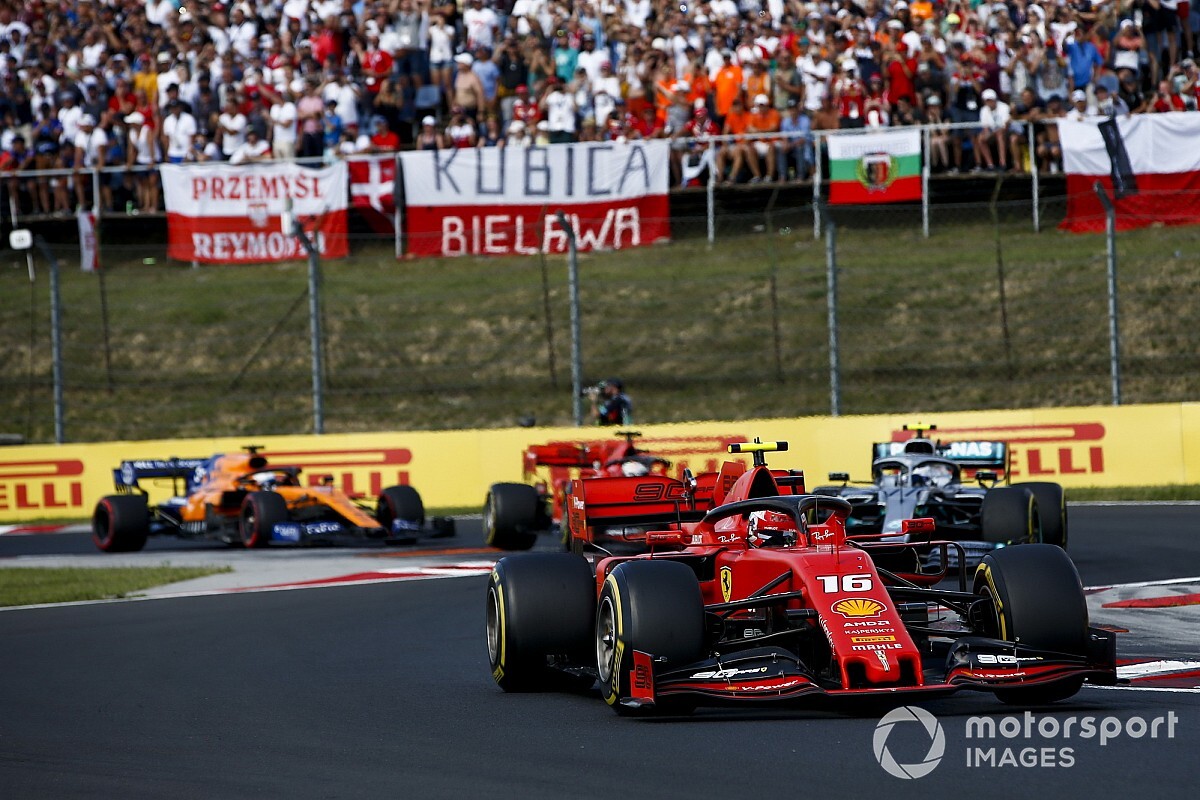 The Hungarian Grand Prix will remain on the Formula 1 calendar until 2027 after promoters agreed a one-year extension to the current contract.

Hungary will host the third round of the 2020 F1 season as part of the rescheduled calendar following the COVID-19 pandemic, taking place on 19 July.

As part of talks to get a behind closed doors race staged at the Hungaroring, an agreement was struck to extend the current contract by one year.

A long-term deal keeping the Hungarian Grand Prix on the calendar until 2026 was secured back in 2016.

But the terms have now been revised to extend by one further year and reduce the annual escalation of the hosting fee, as well as agreeing a far lower fee for staging this year’s event.

“We have been liaising with Liberty Media how to compensate the missing profit, because the organisational cost is not lower in case of a closed event,” said Zsolt Gyulay, CEO of Hungaroring Sport.

“We did our best during the discussions to get a good agreement both for the country and the sport even in these challenging times. We cannot say exact numbers, but rights fee is fragment of the one we pay in case of an open event.

“Furthermore, we have achieved an extension in our contract, so now it is valid until 2027 instead of 2026. The yearly increase of the rights fee also has been reduced, so we spared several billions of forints for the state.

“All in all, I can say that we were wise and we spared a lot.”

Prior to the Hungarian Grand Prix, F1 will stage back-to-back races at the Red Bull Ring in Austria on 5 July and 12 July as part of its revised plans to get the season underway.

Hungary had been an option to host multiple races, only for a deal to be struck to ensure Silverstone remained on the calendar, picking up an August double-header.

Hungarian minister for innovation and technology Laszlo Palkovics said the country had been willing to host two F1 races, and will do everything possible to ensure a smooth running of the race.

“Several international events had to be cancelled, but we did not want to take a risk with the F1 race in Hungary, so we were open for all option while in talks,” Palkovics said.

“We exchanged many emails with Chase Carey, CEO of F1, and we gave him some tips how to make the closed event more exciting. They have taken some of them.

“The option for organising two races also arisen during the conversation, but fortunately pandemic situation improved in the other countries as well, and the rights holder wanted to the race in as many places as possible.

“We assured Mr. Carey that we would give all our help to the F1 family when arriving to our country safely, either by road or by plane.”