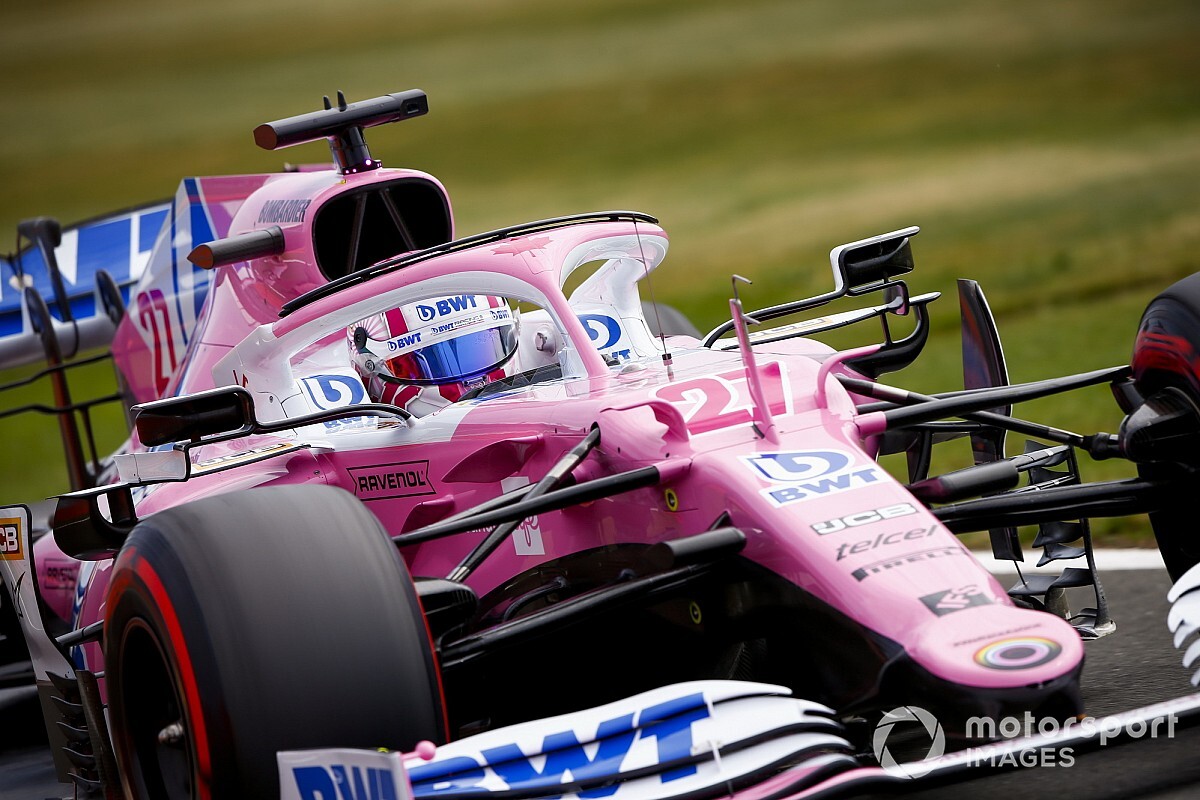 Nico Hulkenberg doubts his tyres would have lasted until the end of the 70th Anniversary Grand Prix due to a vibration that forced him into a late pitstop.

After qualifying third on Saturday at Silverstone, Racing Point stand-in Hulkenberg looked on course to record a top-five finish after completing his second stop for a fresh set of hard tyres.

Hulkenberg was lapping quicker than both Mercedes drivers at one point and was catching the one-stopping Charles Leclerc, only to be called into the pits for a third time with eight laps remaining.

The stop caused Hulkenberg to drop back to seventh in the final classification, losing positions to Red Bull's Alexander Albon and Racing Point teammate Lance Stroll.

Racing Point quickly said after the race that Hulkenberg had been struggling with a vibration on his tyres towards the end of the third stint, leaving it with no choice but to bring him in again.

Hulkenberg doubted his tyres would have made it to the end of the race due to the issue.

"We were kind of forced to pit off the prime set," Hulkenberg explained on Sky Sports F1 after the race.

"I think we got a couple of nice big blisters on both rear tyres. The vibration just gets so quickly out of hand that within two, three laps, it just skyrocketed.

"I don't think the tyre would have survived to the end. It was a pity. First half of the race was very under control, very managed.

"The second I got onto the second prime set, that just felt like a different set of tyres, a different compound, and it just didn't work in the end."

It marked Hulkenberg's first race finish since his final appearance for Renault in 2019, having failed to start at Silverstone last weekend in his first race as Racing Point's stand-in for Sergio Perez.

Hulkenberg conceded that it was "tough" completing a full F1 race distance after so long out of a car.

"Luckily these cars have the headrest quite close, so I could rest my head a lot," Hulkenberg said.

"The whole body, back muscles, even the seat is quite tight around the glutes. I'm definitely going to be a bit sore tomorrow morning.

"It was a quiet race, no big fighting, no safety cars, but I'm actually quite grateful. I'm glad it wasn't too action-packed, because it was enough as it was probably."

Hulkenberg is set to be on standby for Racing Point if Perez is unable to race again at the Spanish Grand Prix next weekend, but the team has said it is "99% sure" the Mexican will be able to return.

"I don't know the full picture, to be honest yet," Hulkenberg said.

"We'll find out more in the next couple of days, and as we get closer to the weekend, it will develop.

"I guess I'll be present just in case he's not able to race. I guess I'll be there to replace him again. I think it will come down to again a late decision on Thursday."