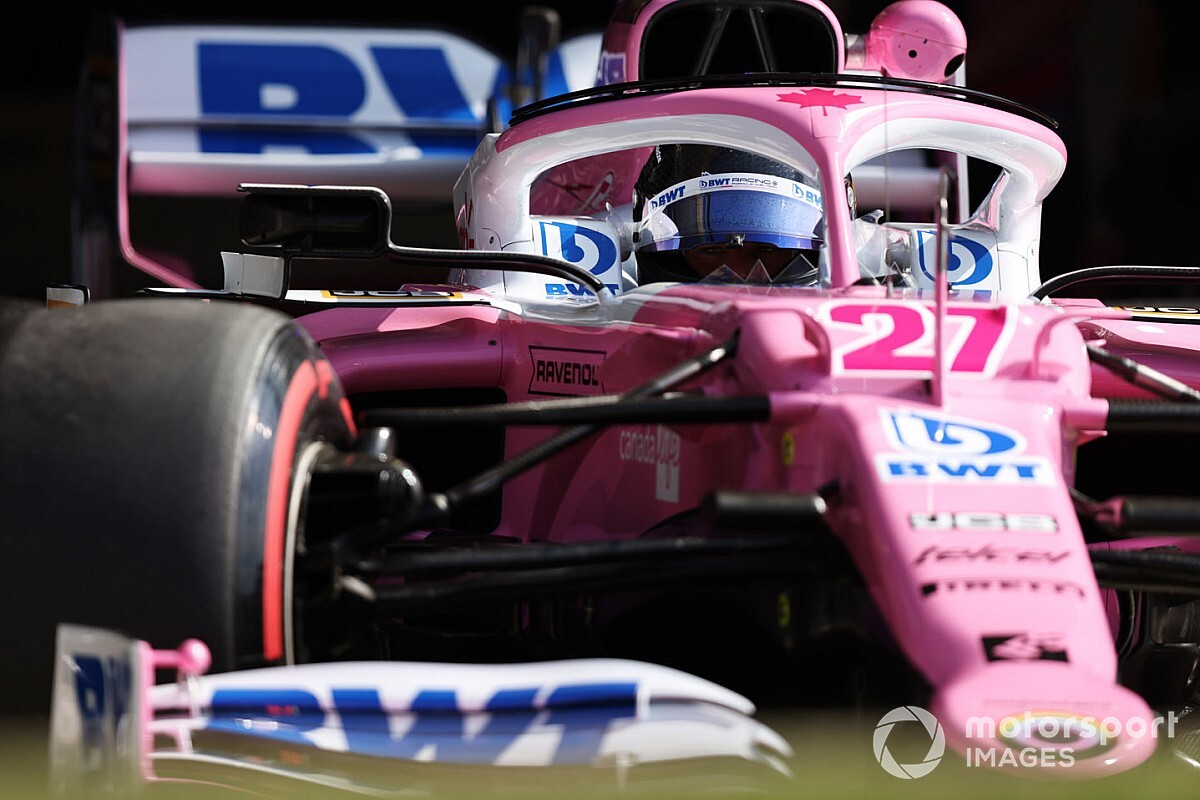 Nico Hulkenberg has called the last 24 hours "crazy and wild" after making his shock Formula 1 comeback with Racing Point on Friday at Silverstone.

After Sergio Perez tested positive for COVID-19 and was forced to quarantine, Racing Point approached recent Renault F1 driver Hulkenberg to stand in for this weekend's British Grand Prix.

Hulkenberg abandoned plans for a GT car test at the Nurburgring to fly to the UK on Thursday evening before going to Racing Point's factory for a seat fitting and to finalise contract talks.

The German driver only got into the F1 paddock less than 10 minutes before the start of first practice when his COVID-19 test result was confirmed to be negative, but he managed to get out on-track soon after.

"The last 24 hours have been a bit special - crazy and wild," Hulkenberg explained.

"At 4:30pm yesterday afternoon I got the call, got the plane here, seat fitted until 2am tonight, 8am this morning into the simulator for an hour, bit of prep work. So it was a short night, but all worthwhile.

"Great effort by the team, I want to thank the team also, the night shift guys have done a great job to fit me in the car and even quite comfortably, and the FIA for turning it around so fast on the super license. It's been very special."

It marked Hulkenberg's first F1 outing since his final appearance for Renault at the end of the 2019 season, with the team dropping him in favour of Esteban Ocon for 2020.

Hulkenberg admitted his body was already feeling the effects of the high g-forces of driving an F1 car again, especially at Silverstone, one of the fastest tracks on the calendar.

"The g-forces, it's tough to train for because it's so unique and so special," Hulkenberg said.

"Even though I'm in decent shape, this kind of g-force, and especially around here, one of the fastest high-speed tracks, in 35 degrees.

"I also chose the hottest day of the year in the UK so far. I've got the best of everything!"

Hulkenberg finished ninth in FP1 before improving to seventh in second practice, lapping just six tenths shy of teammate Lance Stroll, who set the fastest time of the day.

"You can see the huge potential, the car is massively fast," Hulkenberg said.

"I didn't exploit the soft tyre that well, I think I have a bit more in the bag, and need to use that tyre better.

"But that's what we're going to work on obviously through the night, and try to get the best possible from this weekend."