In what has already been a topsy-turvy year for Formula 1, the return of Nico Hulkenberg is just the latest saga that very few could have seen coming.

After becoming the odd man out in the driver market merry-go-round last year, Hulkenberg was left without a seat as Renault opted to sign Esteban Ocon as Daniel Ricciardo's new teammate for 2020.

Hulkenberg was fairly matter-of-fact about his failure to find a seat, saying at the time he would not look for an uncompetitive drive. Even back in May, he said he only wanted a seat that would "excite" him.

And just four races after his last F1 start, Hulkenberg secured exactly that, landing a seat with Racing Point that is even being coveted by a four-time world champion for 2021.

Hulkenberg was always planning to get back behind the wheel this week, initially due to test a GT car at the Nurburgring. He was - and still currently is - scheduled to take part in an ADAC GT Masters round at the circuit on 15-16 August, sharing a Lamborghini Huracan GT3 Evo.

But as Hulkenberg was en route to the Nurburgring, he received a call just after 2pm from Racing Point team principal Otmar Szafnauer asking about his availability to race this weekend when it emerged that Sergio Perez's test for COVID-19 had come back with an inconclusive result.

"You've got to hope for the best and plan for the worst, so we started planning," Szafnauer explained.

"[Hulkenberg] had just landed in Germany. He was flying to Germany to do some kind of sports car test. He said: 'Yeah, yeah, I just landed here. I'm going to do a test.'

"I think he spent an hour on the ground in Cologne to grab his boots and a helmet, and I think the helmet he grabbed isn't a spec anyway. And then he flew into Birmingham. 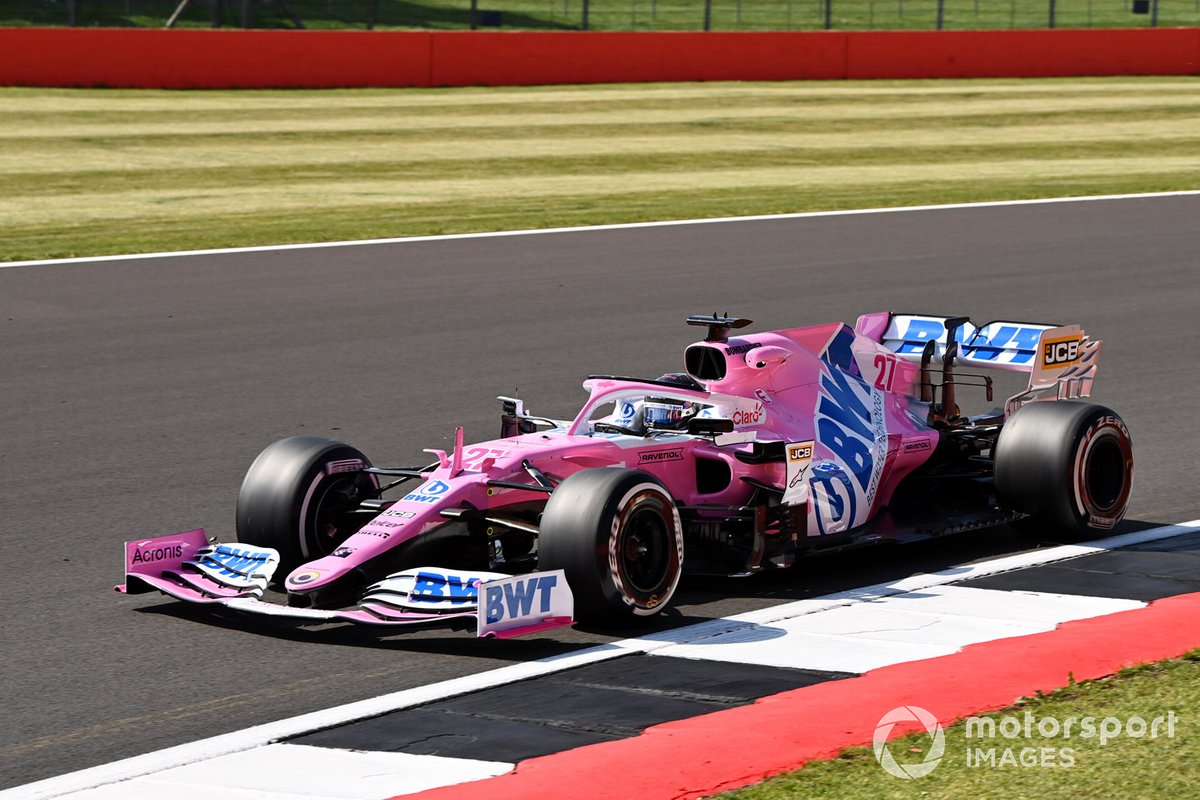 Racing Point was not only talking to Hulkenberg about the drive, though. The team does not have an appointed reserve in F1, instead leaning on Mercedes to use either of its stand-in drivers when required: Stoffel Vandoorne and Esteban Gutierrez.

With Vandoorne unavailable due to his Formula E commitments with Mercedes in Berlin, ex-Sauber and Haas driver Gutierrez was a consideration for Racing Point, despite having not raced in F1 since 2016.

"We did it in parallel with Hulkenberg and Esteban Gutierrez at the same time," said Szafnauer.

"We also have Stoffel Vandoorne. But he couldn't be here this weekend as he's got a Formula E commitment. So it was Esteban or Nico."

George Russell also has links to Mercedes and has previously tested with Force India, but was never a consideration for Racing Point given his contractual status at Williams.

The feeling from the engineering team at Racing Point was that Hulkenberg was a better fit, given not only his more recent F1 experience, but also his knowledge of the team. Hulkenberg spent four seasons racing for the Silverstone-based team under its Force India guise, and remains on good terms with much of the crew there.

"We thought Nico would be more appropriate for our team because he knows us really well," Szafnauer said.

"He knows all the engineers, he knows our systems, our processes. He has driven our simulator, it'd be easy for him to get in the simulator again, and also he has relevant experience from having driven in Formula 1 last year.

"We just needed somebody that could score points for us. So we thought Nico would be the best guy for us."

When the FIA confirmed that Perez's second COVID-19 test had come back positive, ruling him out of the weekend for good, the wheels were already in motion for Hulkenberg to take his seat, as revealed by Motorsport.com last night.

Szafnauer said it "wasn't difficult" to get Hulkenberg to agree to stand in, but there were a number of other difficult hurdles that had to be overcome to get him in place for the weekend.

After landing in the UK, Hulkenberg travelled to the Racing Point factory and undertook a COVID-19 test required to enter the F1 paddock. He completed a seat fitting at the factory and held talks with the team to get a contract in place, which also required approval from the contract recognition board.

The team also needed to get the seat moulded and set, as well as finding a race suit that fitted Hulkenberg. It eventually came courtesy of new teammate Lance Stroll, who is just 2cm shorter than Hulkenberg. 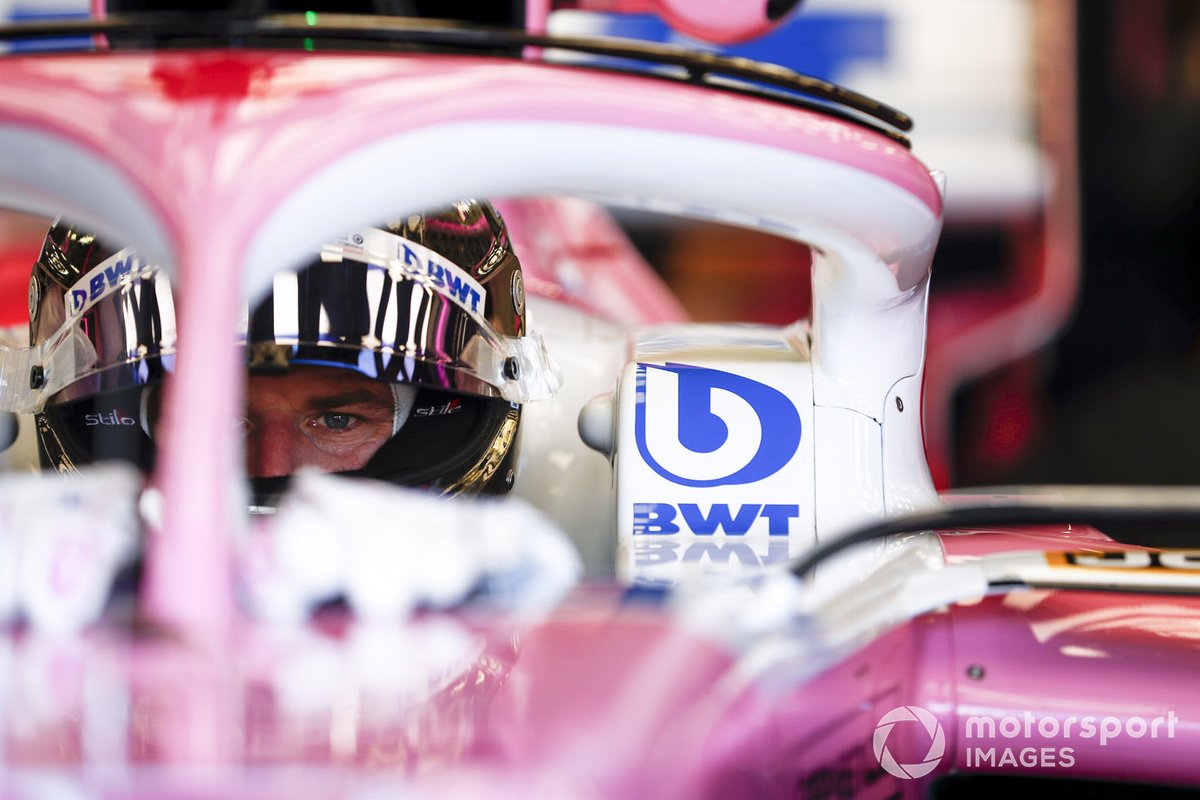 Racing Point also had to get confirmation from the FIA that Hulkenberg could replace Perez - who had already been named on the entry list - and ensure his super license was in place for the race weekend. All hands were on deck.

At the same time, the team also had to address the other team members who had interacted with Perez in recent days. The Mexican driver's PA and physio had both travelled with him recently, and although they tested negative for COVID-19, both will self-isolate for the same period as Perez.

A further three Racing Point team members had completed a simulator run with Perez in recent days, but did not closely interact with him as they were in a separate room while it was conducted. They nevertheless took another COVID-19 test which came back negative, and are currently working at the factory while they wait on the results of as second test, after which the team will make a decision on whether they come to the track or not.

By Friday morning, Racing Point was still in need of final confirmation that Hulkenberg could step in. A second COVID-19 test was required that had to be conducted by Eurofins, the company completing all of the screening for the F1 paddock. This was completed early on Friday morning on the perimeter of the Silverstone circuit, with Hulkenberg unable to get in until the results were confirmed.

Hulkenberg returned to the Racing Point factory in order to complete a brief simulator test so he could get used to the car, the steering wheel and its functionality. He only got 45 minutes of running, but it was at least something to help him get up to speed. 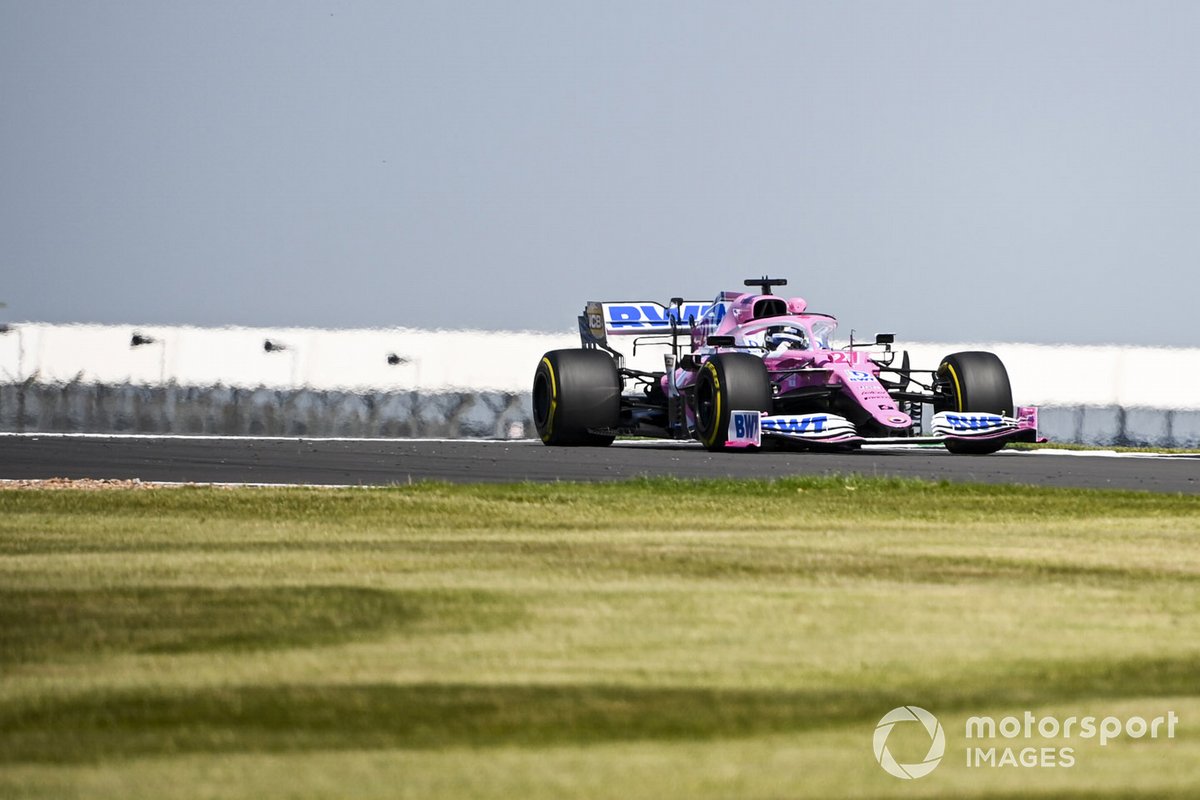 And then came a waiting game. Hulkenberg was not allowed to enter the F1 paddock until Eurofins could confirm his COVID-19 test was negative, leaving him sat in team gear as the minutes ticked down to FP1.

With 15 minutes to go until the start of the session, the news came through that Hulkenberg was negative for COVID-19, meaning he could then pick up the required passes to enter the circuit.

Hulkenberg swiped in and ran down the length of the paddock to get to Racing Point's cabin - in lieu of the usual motorhomes at the closed events - where his race suit was waiting. By the time the session went green, he was already in the cockpit, with the final checks and FIA required tests being completed in time for car #27 to get out on track just 13 minutes into the session.

Friday's running saw Hulkenberg start strongly and show few signs of winter rust. He finished ninth in FP1 and a solid seventh in FP2, six tenths of a second off Stroll, who headed the leaderboards for Racing Point on a satisfying - albeit stressful - day for the team.

Should Perez only have to serve seven days of quarantine instead of 10 - a matter Racing Point is trying to clarify after recent UK government guidelines updates - this could end up being a one-off appearance for Hulkenberg.

But this opportunity arguably gives Hulkenberg his best chance since 2012 of finally scoring a podium finish given the evident strength of the RP20 car. Were he to do so, it would rid him of the unwanted record of holding the most F1 starts without ever standing on the podium.

As Szafnauer said: "Wouldn't that be the irony of all ironies?"