Lewis Hamilton has called on the Formula 1 community to take "real action" and stop giving "older voices" a platform after facing racial abuse from Nelson Piquet.

An interview conducted last year with three-time world champion Piquet emerged this week, in which he used a racial slur in reference to Hamilton, resulting in condemnation from the F1 community and a ban from the paddock.

Piquet apologised to Hamilton, but denied his comment had any racial intent and disputed the way in which it was translated.

Hamilton appeared in Thursday's FIA press conference ahead of this weekend's British Grand Prix, speaking publicly for the first time about the matter, and gave his thanks for the support he had been shown.

"I've been on the receiving end of racism and criticism, and that negativity and archaic narratives for a long, long time, and undertones of discrimination," Hamilton said. "So there's nothing really particularly new for me. I think it's more about the bigger picture.

"I don't really know why we are continuing to give these older voices a platform. Because they're speaking upon our sport, and we're looking to go somewhere completely different and it's not representative of who we are as a sport now and where we're planning to go.

"We're looking to grow in the US and other countries, South Africa, and we need to be looking to the future and giving the younger people a platform that are more representative of today's time, and who we are trying to be in the direction that we're going. 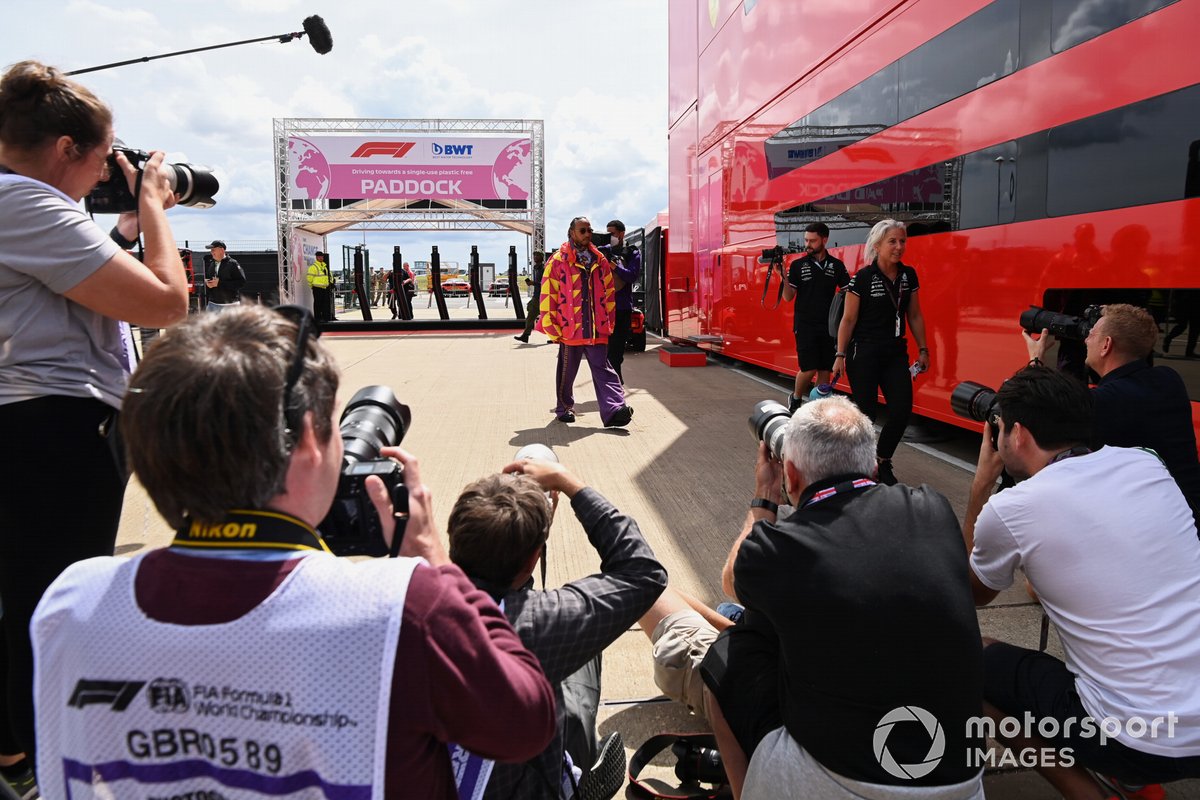 Both the FIA and F1 issued statements condemning Piquet's comments, a stance echoed by a number of teams in a show of solidarity with Hamilton.

But Hamilton said the "knee-jerk reaction" of condemning racism was "not enough", adding: "Now it's about actual real action. We've got to actually start acting.

"It just comes back down to F1, to the media, we should not be giving these people a platform. These old voices, whether they're subconscious or consciously do not agree that people like me should be in a sport like this, whether women should be here.

"Discrimination is not something we should be projecting and promoting, and giving a platform to create and divide people.

"The last couple of weeks, I don't think there's been a day go by where there's been someone who has not been relevant in our sport for decades, trying to say negative things and starting to bring me down.

Since the last race in Canada, Hamilton also faced criticism from Sir Jackie Stewart, who questioned whether the Mercedes driver should continue in the series, and from Bernie Ecclestone, F1's former ringmaster.

Hamilton stressed the need for accountability from teams and companies in F1 to "take a stand" and focus on inclusivity in the future, taking action through schemes to improve diversity within the series.

"It's all well and good standing on the grid and talking about inclusivity," Hamilton said. "But they're just empty words if we're not actually putting action in.

"This is a growing business. Teams are making more money than they've ever made before, and they'll continue to grow in doing so. I'm not aware of all the other funds that have been put towards D&I [diversity and inclusion]. I'll be willing to bet it's not as much as we've already put in and are planning to put in.

"I've been on calls with all the F1 teams who have agreed to be part of this F1 charter and they have still not signed, and it's still not under way.

"No more can we be amplifying these voices that are just creating that divide out there."