George Russell believes Mercedes can match the pace of Red Bull and Ferrari at the Formula 1 British GP if the team can unlock the potential of the W13.

Russell is optimistic the combination of the latest update package and the high-speed nature of the smooth Silverstone track will favour the car and allow the team to extract more performance from it than it was able to manage in recent races.

The W13 enjoyed one of its most competitive outings of the season at the last traditional venue in Barcelona, prior to the run of street or temporary venues in Monaco, Baku and Montreal.

The Spanish race was also the event where the team was able to get properly on top of its bouncing and porpoising issues, something that will be key to this weekend's form.

"I think when you look the last three races, they've all been pretty similar with regards to sort of slow speed, relatively bumpy street-style circuits," Russell said when asked by Motorsport.com about prospects for this weekend.

"So I think this high-speed nature of Silverstone, a smoother surface, will definitely play to our hand a bit more than it has done in the previous three events.

"But still, there's no guarantees because as I've said before, every race we go to we're sort of unlocking a different issue from the car. But we have relative faith that this will be a more competitive weekend for us, not only just with the upgrades, but just with the nature of the circuit." 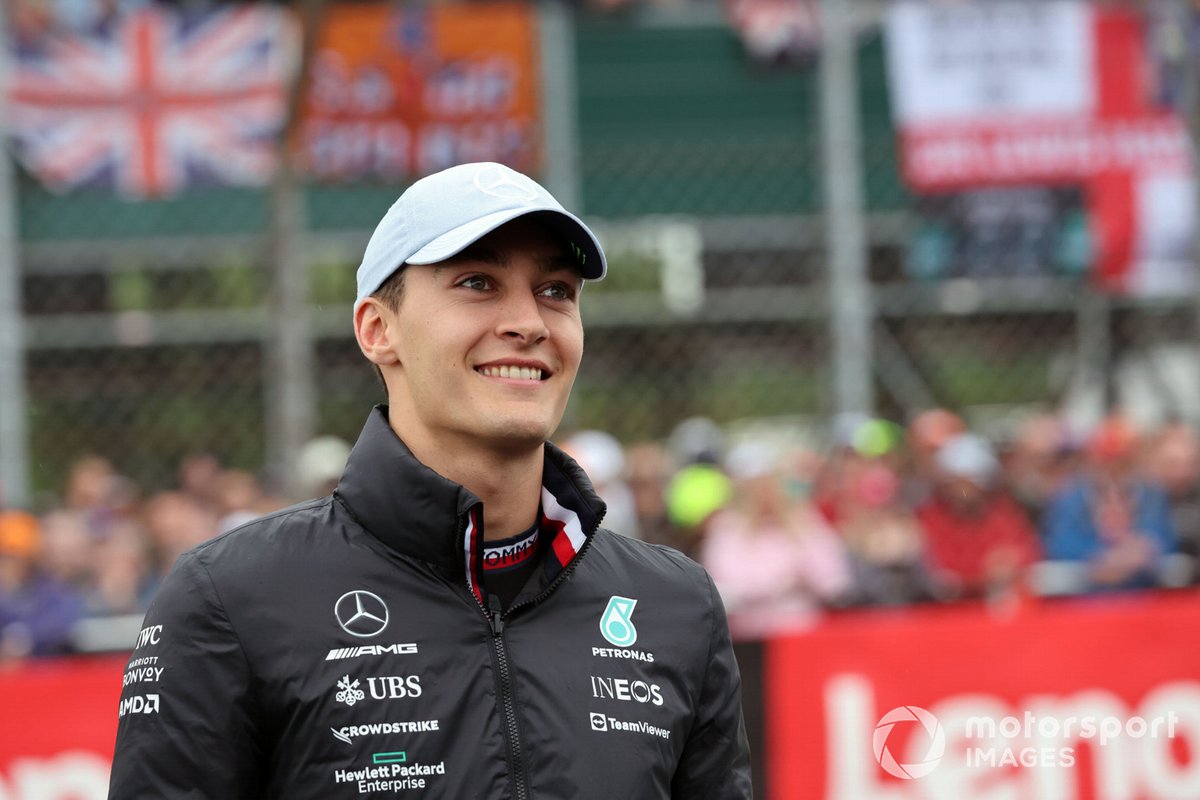 Regarding where the team's performance might be relative to rivals Red Bull and Ferrari, he said: "I think probably on their pace. I can't see us being ahead of them.

"Especially on Saturday, they definitely seem to have the upper hand in qualifying, I think we're the only team that closes the gap to the front on a Sunday, rather than that gap extending.

"Normally those gaps always extend when you go to the race. And I think that shows a lot of promise for us. Because we are just lacking downforce at the moment. But there is actually a good race car there. And what I just said about closing that gap clearly shows that.

"It's going to be interesting. Obviously, this was the first time that cars have really been tested at high-speed corners now, especially in the last couple of races.

"And I think it will be tricky with the edge of the cars smashing against the floor. And we'll all have to deal with that, probably."

Russell stressed he wants to do more than extend his record of finishing in the top five of every race this year.

"I mean, it's obviously a nice little statistic, but it doesn't really account to anything, when you get to the end of the season. If it accounts to win a championship then great.

"But obviously, just finishing between P3 and P5 isn't going to get you in the top three of the championship probably by the end of the season. So we're here to win, we're here to fight. And I'm proud that we have maximised the results. But we're here to go for more."