Leclerc fended off a late Hamilton charge in Belgium on Sunday to finally take his first grand prix victory, 11 races after a Ferrari engine problem robbed him of a win on his second start for the team.

The 21-year-old joined Ferrari this season in only his second year in F1, but immediately started troubling four-time world champion teammate Sebastian Vettel and has now outqualified him in the last six races.

Asked by Motorsport.com how well he thinks Leclerc has done to adapt to Ferrari and race at the front in F1, Hamilton said: "I think his results speak for themselves really.

"It's not easy for any driver to jump into a top team, let alone Ferrari, against a four-time world champion with God knows how much more experience.

"And then to continuously from race one, outperform, out-qualify and out-drive a four-time world champion is not easy to do.

"That speaks for itself. He's been really unlucky in quite a few races this year, it could easily have been the third win [on Sunday].

"So, there's a lot more greatness to come from him and I'm looking forward to seeing his growth and racing alongside him."

Leclerc started the season acknowledging Vettel was the de facto number one driver within Ferrari and said his job was to change the team's mind.

After 13 races he trails Vettel in the championship by just 12 points, and they have six podiums each.

However, Leclerc has three pole positions to Vettel's one, and has become the driver to end Ferrari's winless run in 2019, while Vettel is without a victory since last year's Belgian GP – though did cross the line first in Canada.

Hamilton said he found it "fun trying to chase" Leclerc during the Belgian GP, even though "he was just a little bit too quick".

After the first glimpse of a battle with Hamilton, Leclerc admitted he was wary of being hunted by a driver who has established himself as the most successful of his generation and one of the best in F1 history.

Asked by Motorsport.com if he was more nervous in the closing stages because of his near-miss in Austria, when Max Verstappen passed him late on, Leclerc said: "I wasn't more nervous, I've started to get used to being in that situation where I'm first and I'm chased by someone that is quicker.

"Obvious I knew it was Lewis and I knew I could not afford to do any mistakes because he will take the opportunity. But, apart from the last lap, he was never really close enough to try something." 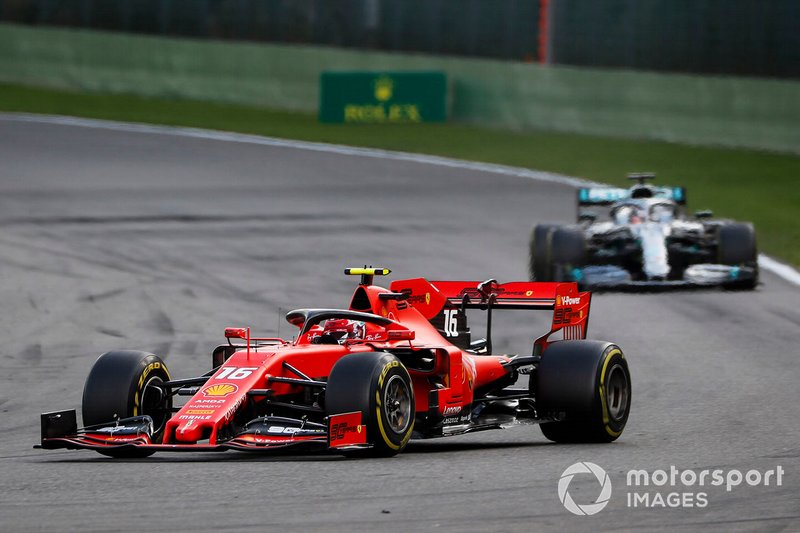