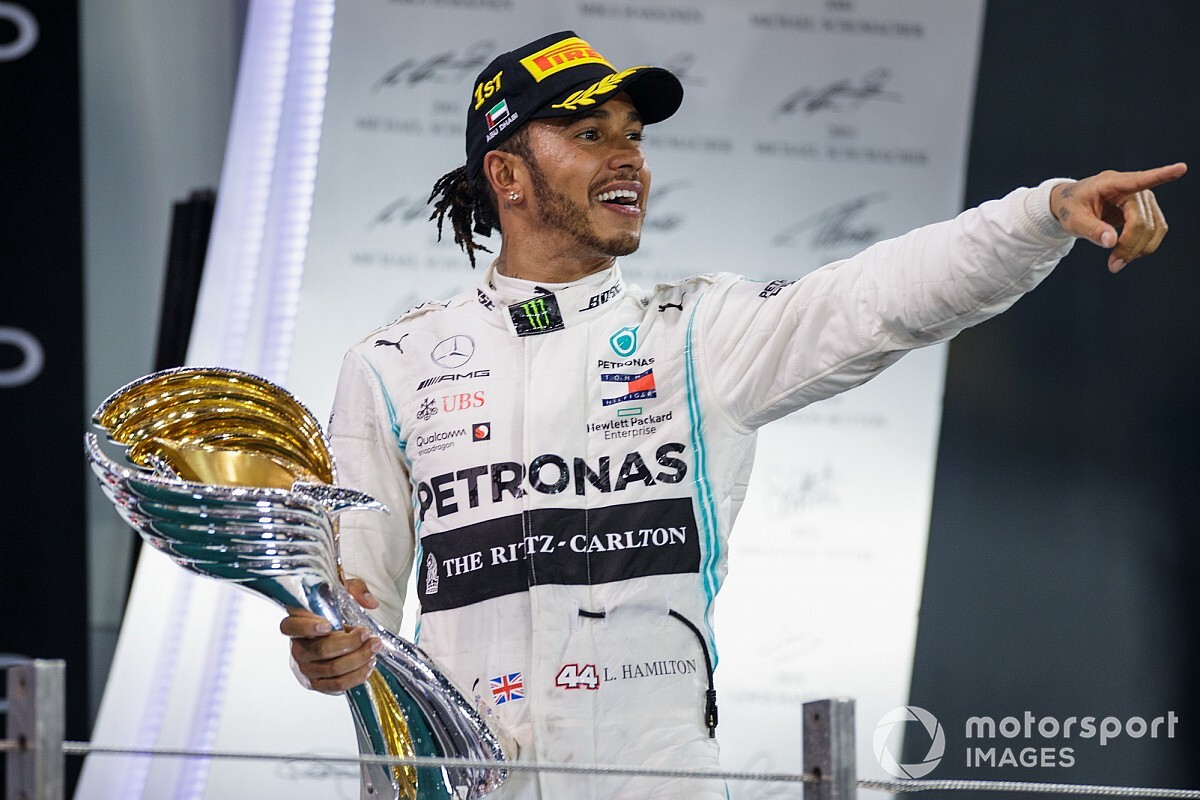 Toto Wolff is “75%” sure Lewis Hamilton will stay at Mercedes beyond 2020 but is wary of underestimating Ferrari's ability to tempt the Formula 1 world champion away.

Hamilton is out of contract after next season, like several top F1 drivers, but is widely expected to re-sign with Mercedes, the team he was won five of his six titles with.

During the Abu Dhabi Grand Prix weekend Hamilton was linked with a potential Ferrari move, amid compliments from the Italian team’s boss Mattia Binotto and a report Hamilton had met Ferrari chairman John Elkann twice this year.

Mercedes F1 boss Wolff said in response to that speculation that he would be “totally OK” if Hamilton spoke to Ferrari, having previously discussed the attraction of the move with his driver.

Asked after the race how he rated Hamilton’s chance of saying, Wolff said: “I would rate it personally – and I'm leaning myself out of the window here – at 75%. I think from the rational [side], everything speaks for continuation of the relationship, from both sides. But equally, there is a 25% chance that we are not in control of.

“So we'll see how the next months pan out.”

Asked by Motorsport.com if that choice was between staying with Mercedes, moving to Ferrari, or walking away from F1, Wolff said a quick car and top team would be the “priority” for Hamilton.

He added: “There will be components such as financial incentives that will play a role and all that at the end becomes a total package that the driver will evaluate.

“That is completely normal, like all of us will do.”

Hamilton contested every one of his 250 grands prix with Mercedes, having spent 2007-2012 driving for McLaren when it used Mercedes engines.

Since joining Mercedes’ works team, Hamilton has won five drivers’ titles, with Mercedes scoring double championships every year since 2014 - while Ferrari has a title drought stretching back to its 2008 constructors’ crown.

However, despite Mercedes routinely triumphing over Ferrari in recent seasons, Wolff believes it would be an error to assume Hamilton would not leave – likening it to when Hamilton left a then-superior McLaren for Mercedes.

“A driver of that level will always know that he can make an impact in a team,” said Wolff. “What I'm considering is when he left McLaren for Mercedes, it was said that it wasn't the right move. And it proved to be right. I don't want to make the mistake of underestimating Ferrari's potential.

“I don't see a sense of entitlement for us to win the seventh or eighth title. On the contrary, I think we need to stay humble about success.

“If you look at it from a rational standpoint, everything speaks for the fact of us continuing the journey together.

“But then there might be other factors to the new challenge, an exciting deal, that you need to always factor in. I give this a 25% chance.”