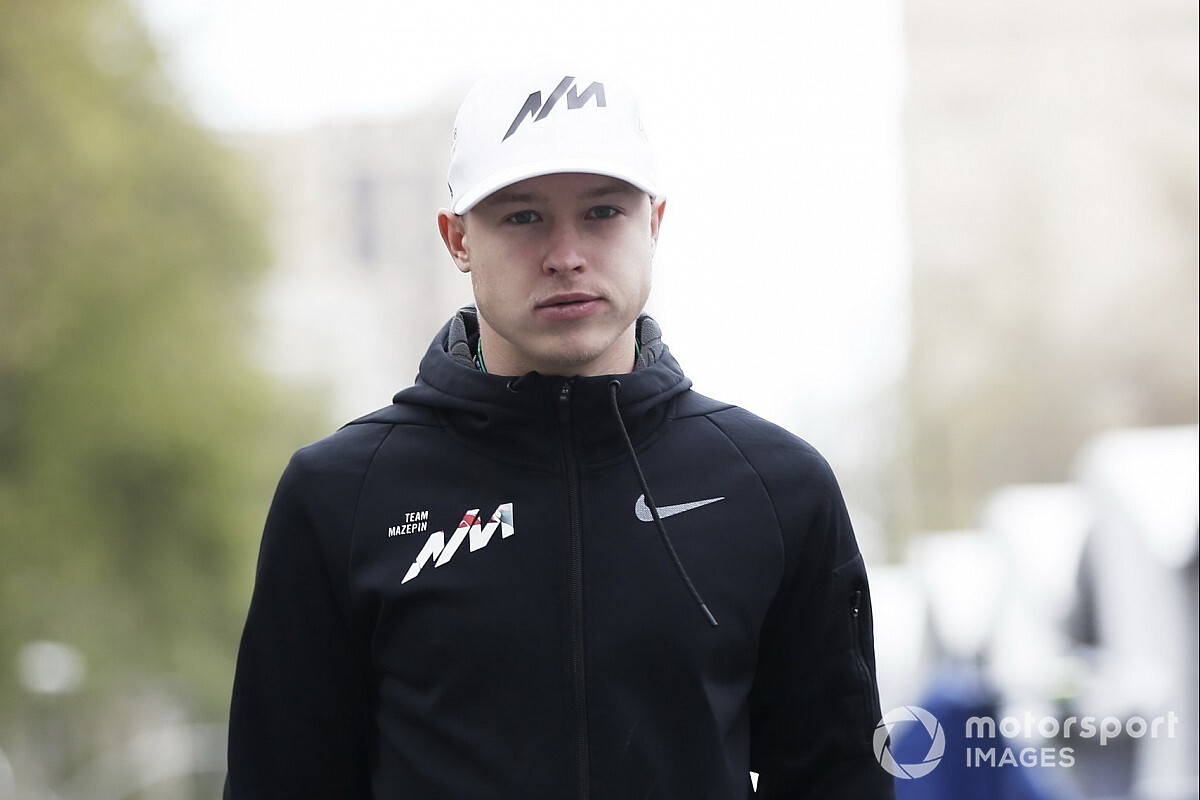 One week after Haas announced Mazepin would be making his F1 debut with the team next year, a video was briefly uploaded to his Instagram account showing him groping a woman in the back of a car.

Haas was quick to condemn Mazepin’s “abhorrent” behaviour, and told Motorsport.com it would be taking the matter “very seriously” ahead of last week’s F1 season finale in Abu Dhabi.

Mazepin issued an apology following the incident, saying he had to “hold myself to a higher standard as a Formula 1 driver”.

Speaking on Sunday following the Abu Dhabi Grand Prix, Haas team principal Steiner said the matter was “still in my pending tray” as the team focused on the final race weekend of the year.

“We had a race weekend going on, as you know, so I didn't focus on that one,” Steiner said.

“That will be job for the coming week, when I'm back in the office at home. So I'm travelling, and then we will deal with that.

“But we spoke up until the race weekend started, and I said there's no point that we do anything now because there is a focus, which needs to be kept.”

Mazepin secured an F1 superlicence at the final race of the F2 season in Bahrain earlier this month, finishing fifth in the championship standings.

The Russian driver will bring a sizeable amount of backing to the Haas team, with his career being funded by his father, Dmitry Mazepin, who is the billionaire owner of chemical company Uralkali.

Steiner made clear Haas could still make an objective assessment of the situation despite the financial implications involved, but said the details of any action taken could end up remaining private.

“Yes, I can make an objective assessment, obviously,” Steiner said. “But as I said, I will deal with that the coming week.

“Maybe you guys will never know what was dealt with, and what are the circumstances, because I will keep them private.”

Steiner said it was important not to dwell on what his personal reaction to the incident was, saying he had to remain objective and gain all the details before making any decision.

“I don't think it's about my personal reaction,” Steiner said.

“My first things was, I looked into it, and I had no reaction, because I need to stay objective. So I have to have no reaction to it.

“I need to get the facts together, speak with people, speak with the people involved and speak [about] how it happened. And then I can make my assessment.

“It doesn't get to me personally at that moment. I cannot do that, because then I'm not objective anymore.

“I need to be objective about everything in these things.”